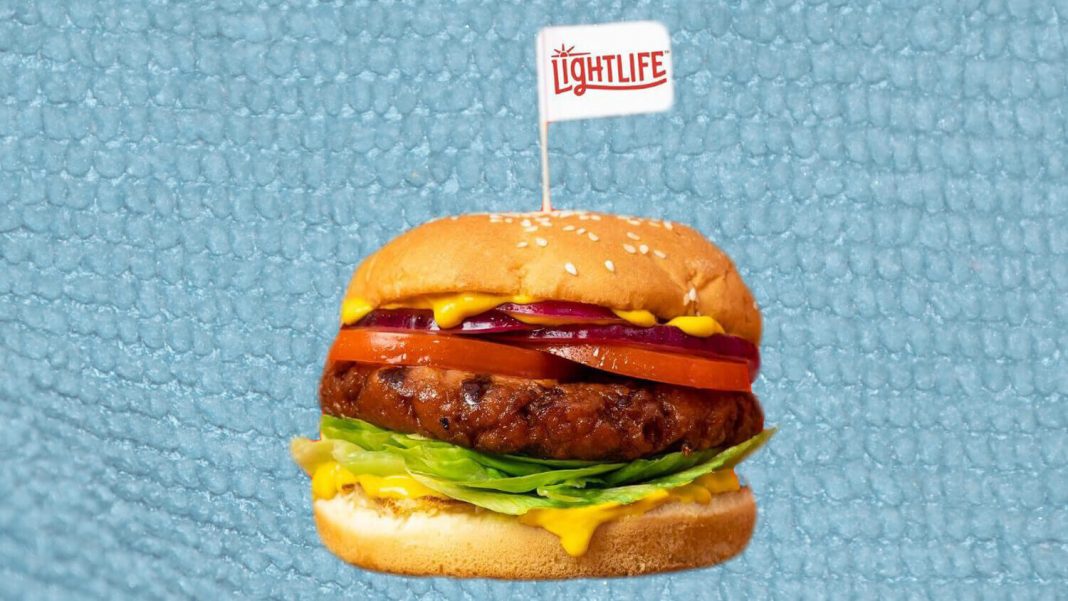 A new vegan burger that “bleeds” is coming to grocery stores. Vegetarian meat brand Lightlife Foods is set to launch a high-protein, plant-based burger made from pea protein, similar in taste and texture to the popular Beyond Meat and Impossible Foods burgers.

The company, which is owned by Canadian packaged meat brand Maple Leaf Foods, announced the new vegan burger last week. One patty contains 20 grams of plant-based protein and is free from soy and gluten. Compared to a traditional quarter-pounder beef patty, the Lightlife Burger contains no cholesterol.

“With 40 years of leadership in plant-based food innovation, we understand taste is a priority for all consumers,” Dan Curtin, President of Lightlife, said in a statement. He told Bloomberg that the veteran company’s experience in the vegetarian meat industry allowed Lightlife to bring the burger from concept to production in six months. “We didn’t join the plant-based category overnight—we’ve long been pioneering the industry.”

Culinary expertise, familiar ingredients, and balanced nutrition come together to make magic in the Lightlife Burger. It gives you the taste and texture of traditional meat, but is made from plants. #LightlifeBurger

According to vice president of marketing Michael Lenahan, Lightlife hopes that its new burger will appeal to the rising demand for realistic plant-based meat. It will be joined by three other new products – Plant-Based Bratwurst Sausage, Plant-Based Italian Sausage, and Plant-Based Ground – and new branding.

“Combined with our core line innovation, the biggest campaign in the brand’s history, and a rich pipeline of new products across our broad portfolio, we are excited to continue to lead this dynamic category in the U.S. and Canada into the future,” he said.

Plant-based meat has become increasingly more mainstream, appealing to the consumer demand for healthier, more sustainable, and animal-friendly foods. Earlier this year, Fast Company noted that the category is at a “tipping point,” much like vegan milk was ten years ago.

It’s not the first time that parallels have been drawn between the vegan meat and milk markets. Nielsen-commissioned data released by the Good Food Institute last September revealed that sales of plant-based meat increased 23 percent in one year.

Beyond Meat, maker of realistic vegan meat products comparable to Lightlife’s new range such as Beyond Burger and the Beyond Sausages, led the way in the category with sales up by 70 percent.

Lightlife’s new products are expected to launch later this year.