(Updated November 15, 2019) Marks & Spencer (commonly referred to as M&S) has brought back its own-brand festive vegan version of Baileys.

The chain’s dairy-free Chocolate & Coconut liqueur has graced M&S shelves every Christmas for the past few years. According to some, it’s the same — if not better — than vegan Baileys Almande.

Metro reported back in 2017, “you guys. This. Tastes. Exactly. Like. Baileys.” It added, “Made from alcohol, water, sugar, coconut oil, and flavorings, this absolutely deserves a place in your glass this Christmas. Or on your pudding. Hell, pour it in your eyes — it’s so good.”

The beverage was spotted again on the shelves by vegan Instagram account Heidi Pie at the beginning of October. “Vegan better than baileys is back!” They posted. 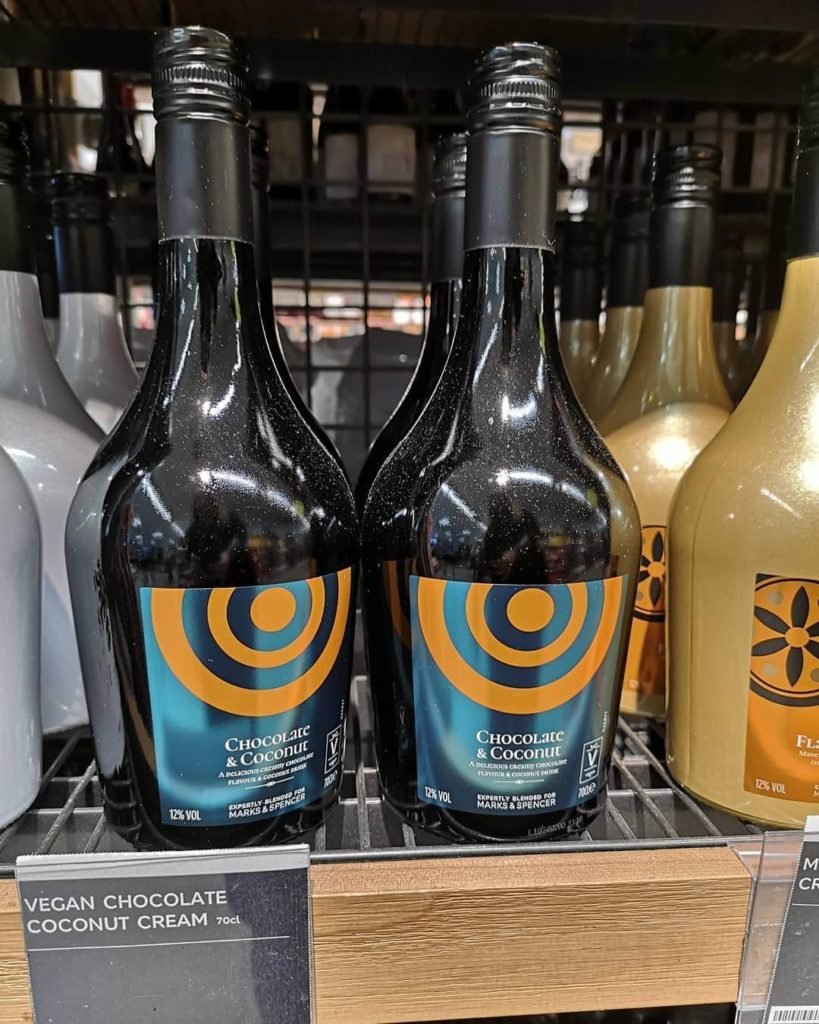 M&S has a wide range of vegan festive options. Earlier this year, it announced the launch of several new products, including a vegan turkey roast, pigs in blankets, a root vegetable tartare, and even vegan bread sauce.

The brand said in a statement, “M&S is this year launching its first full vegan Christmas dinner with a mouth-watering plant protein centerpiece, vegetables, roast potatoes, gravy, stuffing, and even no pigs in duvets (plant protein pigs in blankets).”

It revealed that 2019’s festive menu is based on feedback from more than 80,000 customers. M&S said it aimed to take out “some of the most angst-inducing elements of Christmas entertaining.”

The chain isn’t alone. A number of UK supermarket chains have launched a wide variety of vegan Christmas options.

Sainsbury’s announced its new Christmas food-to-go range earlier this month. The range includes a Vegan Trimmings Selection, with pigs in blankets and mushroom stuffing balls, and a No Beef Wellington. A Three Nut & Mushroom Roast is also on offer.

Waitrose, Aldi, Asda, and Tesco have also announced new vegan Christmas ranges. The latter also offers its own version of vegan Baileys, called Shannon’s. According to Instagram account Accidentally Vegan, it costs £12. They wrote, “sounds like it’s probably very similar/ possibly same manufacturer of the M&S one so should be yum.”