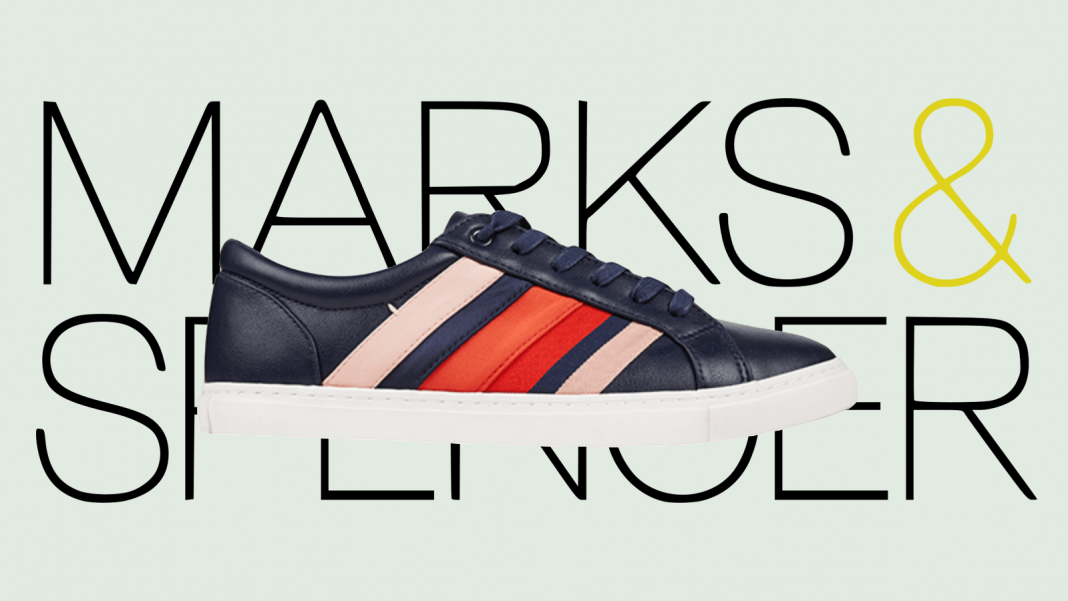 The new range, announced on the M&S Instagram, features a wide variety of styles, including trainers, heels, brogues, sandals, derby shoes, and boots across womenswear and menswear. All of the vegan-friendly shoes will have the same logo found on M&S’s other plant-based products.

“Step into Spring with some new season shoes, including our vegan friendly womenswear and menswear styles, available online and in stores,” wrote M&S.

The shoes all come with an affordable price tag. A pair of rainbow trainers costs £25 while beige sandals go for £19.50. A pair of men’s vegan leather lace-up derby shoes sits at £25.

Step into Spring with some new season shoes, including our vegan friendly womenswear and menswear styles, available online and in stores ??? #stepintospring #veganfriendly

A post shared by Marks & Spencer Fashion PR (@marksandspencerfashionpr) on Jan 8, 2019 at 5:59am PST

“After increased customer interest in veganism and a rise in online searches for related products, we decided to investigate the possibility of expanding our vegan-friendly offering into footwear and accessories,” said Rachel Smith, senior footwear technologist at M&S.

The UK is not alone in experiencing increased interest in cruelty-free fashion. In recent years, the demand for animal-free alternatives has pushed the leather industry to an all-time low. Jocelyn Thorton, senior vice president of creative services at the retail and fashion advisory firm Doneger Group, said that it is primarily younger consumers that are driving the change. Motivations include concerns over the treatment of animals as well as the environmental impact of the industry.

Cruelty-free footwear is increasingly becoming more mainstream. Last year, ethical vegan designer Stella McCartney collaborated with Adidas to launch an animal-free leather version of the brand’s iconic Stan Smith shoe. Speaking to how the fashion industry has changed since she launched her brand, McCartney said, “When I started, I was ridiculed, really.”

The shoe range is not the only cruelty-free fashion item launched by the high street retailer. Last December, M&S released a vegan faux fur coat in hot pink.

“Over the year we have analysed our products and gone the extra mile to ensure we offer a great selection that comply with all vegan requirements,” she added.

The major footwear launch follows the introduction of 60 plant-based meals, snacks, and ingredients and an all-new vegan labelling system in stores.

M&S’s new vegan shoes are available for purchase online and in stores.