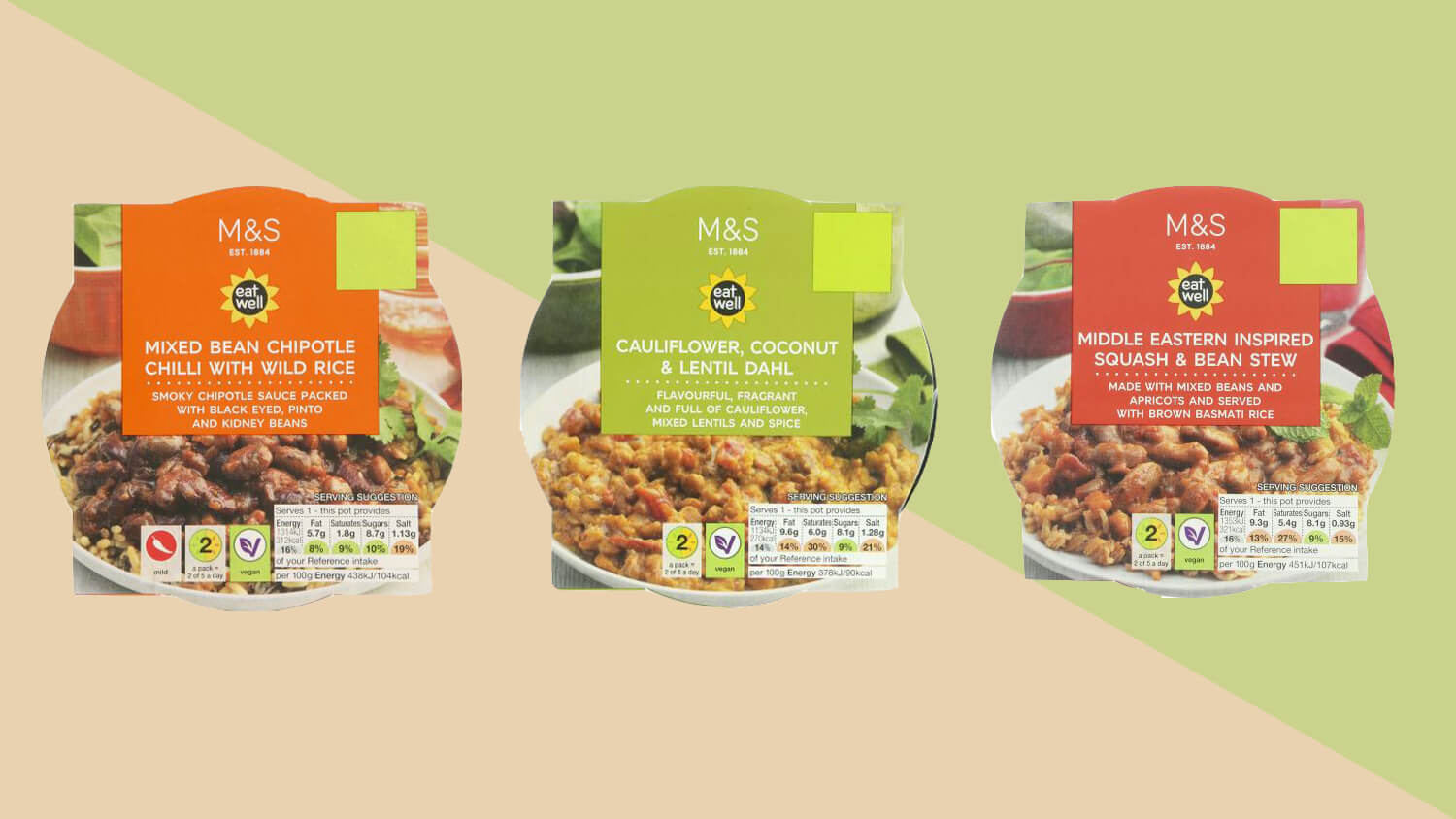 In the summer, the company added vegan chocolate and caramel ice sticks, as well as chocolate and vanilla cones, to its “Made Without Dairy” range. In September, it announced the launch of a new festive vegan sandwich. the “No Turkey Feast” Sandwich, made with roasted soya protein and cranberry chutney. The grab-and-go option is not only plant-based, but also charitable, with 5 percent of profits from each sale donated to the homelessness charity Shelter.

“The rise of the ‘vegivore’ and ‘flexitarian’ means that as a country we’re experimenting more with new vegetables and people are less afraid to try something different,” a spokesperson for M&S said last year. Since then, plant-based and meat-free lifestyles have only increased in popularity amongst UK consumers.

Spotted these wee meals in @marksandspencer £3 each but they look and sound like they would be tasty and fill a wee gap if your in a hurry ? #veganfooduk #eatingveganiseasy

One recent study by food research charity IGD revealed that over half of British shoppers are either already following, or are interested in following, a flexitarian, vegetarian, or vegan diet. The statistic is even higher among younger consumers, with two in three reducing or eliminating their meat intake completely for health, environmental, and animal welfare related reasons.

M&S isn’t the only chain to launch new products to cater to this rising demand. In the past few months, major supermarkets such as Tesco, Iceland, and Waitrose have added huge new vegan ranges to their shelves. Earlier this month, Waitrose even revealed its vegan product sales were up 85 percent from last year. To celebrate, it launched 40 new veggie and vegan products.

“The growing appetite for meat-free dishes has been reflected throughout the year with rising sales of vegan and vegetarian products, as well as the introduction of exciting and delicious new products to the foodie market,” said vegan and vegetarian food buyer for Waitrose Chloe Graves.

To find out more information or to purchase the new vegan ready meals from M&S, see its food hall website here.