Television personality and business magnate Martha Stewart is cooking vegan during quarantine. The bestselling author also shared helpful tips on how to get through the current coronavirus pandemic.

Stewart wrote in an Instagram post: “With all the hand washing, apply lots of rich hand lotion and reparative ointments. Cleanse your skin well and moisturize morning and night.”

In addition to using tinted sunscreen and lipgloss—“of course,” she also emphasized the importance of eating healthy, plant-based foods.

Stewart also gave a few helpful tips on how to safely go outside while social distancing. “Get outside as much as you can, but wear your mask, your gloves, and keep your distance,” she said. 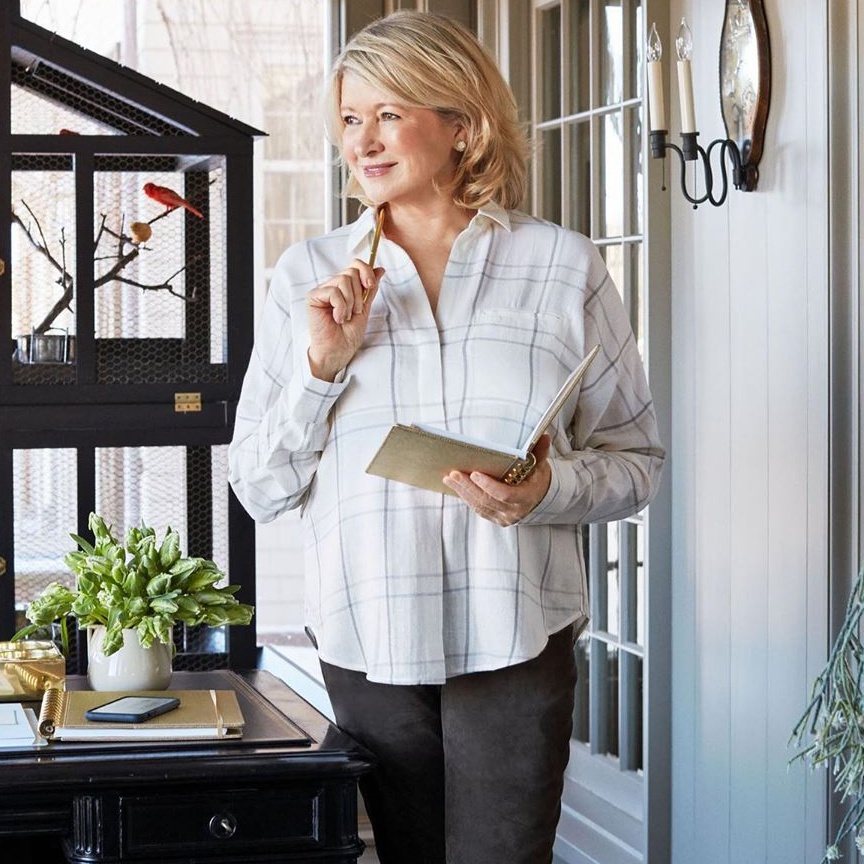 Stewart often shares veg-friendly and vegan recipes on her website. Earlier this year, the star revealed she had embraced a plant-based diet and had “dramatically reduced her meat consumption.”

“Only about six percent of Americans are vegetarians, but about 30 percent of Americans are incorporating more plants into their diet,” Stewart wrote on her website. “I’ve been doing that for years. I have a vegetarian daughter, Alexis, and two grandchildren who don’t eat meat but do eat fish. They are very astute about the problems created by farming meat,” she added.

In order to help combat the meat industry’s environmental impacts, Stewart teamed up with Beyond Meat to launch its Beyond Breakfast Sausage earlier this year.

“Beyond Meat offers a better-for-you plant-based option to animal protein for people who are looking to change or expand their diets,” Stewart said in a statement.

“I think it is important to start the conversation around plant-based diets. Reducing our meat consumption as we move toward the future is yet another important step in curing the environmental problems facing the world we live in,” she added.

Earlier this year, Martha Stewart also appeared in a Subway commercial announcing the launch of the meatless Beyond Meatball Marinara Sub Sandwich in locations across Canada.

In addition to dabbling in vegan food, Stewart has an affinity for cruelty-free fashion. She dropped her own vegan leather shoe collection called “Martha Everyday” with Payless in 2018.

Stewart even ditched fur after learning how it is cruelly obtained. According to animal rights organization People for the Ethical Treatment of Animals, when asked about wearing fur, Stewart replied: “I used to wear real fur, but, like many others, I had a change of heart when I learned what actually happens to the animals.”