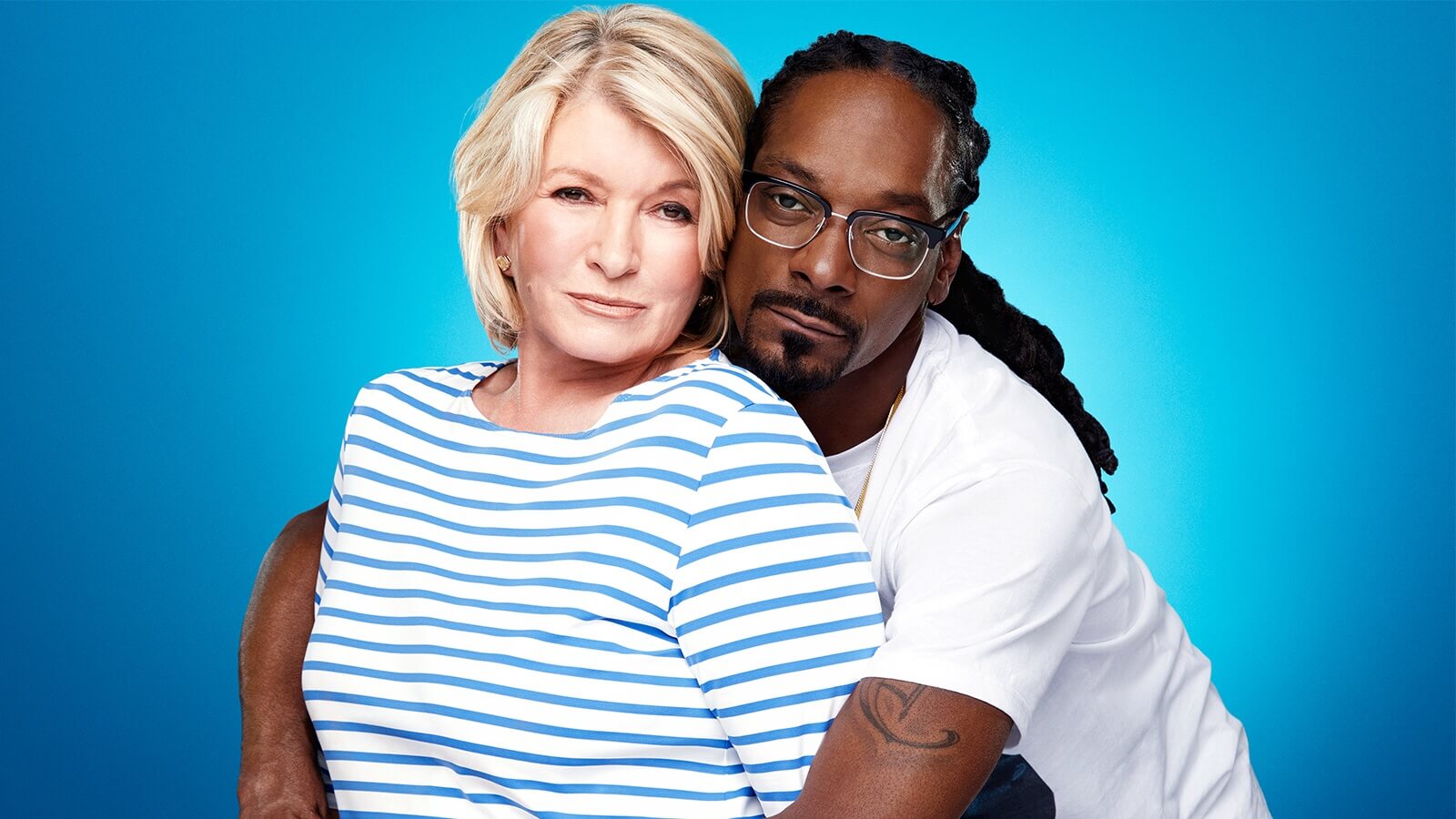 VH1 cooking show “Martha & Snoop’s Potluck Dinner Party,” starring TV personality Martha Stewart and musician Snoop Dogg, is due to return for its second series this August. One of the new episodes will see Stewart attempting to turn the rapper into a vegetarian.

With the help of actor Michelle Rodriguez and comedian Cedric the Entertainer, Stewart, a keen advocate for vegan cooking, will encourage Snoop to give some meat-free recipes a try. The rapper will then “use his own ‘greens’ to cook Martha something very special,” reports Broadway World.

Stewart often shares vegan and veggie recipes on her website and back in 2011, the star dedicated an episode of “The Martha Stewart Show” to learning about veganism. Snoop Dogg has also dabbled with the plant-based lifestyle, trying vegan pastrami with activist Russell Simmons back in 2013 and airing his distaste for the way hot dogs are made on “Jimmy Kimmel Live.”

In June, the rapper took to the stage at the Environmental Media Association Gala. Behind him, the logo for Beyond Meat, the company responsible for the iconic plant-based “bleeding” burger, was emblazoned. His very presence at the event, a gala with a focus on sustainability, protecting the environment, and influencing others to advocate for the planet, implied that Snoop could be aware of the importance of plant-based living. Other attendees included vegan actor Ellen Pompeo and vegan shoe designer Elizabeth Olsen.

This is not the first high profile cooking show to dedicate an entire episode to meat-free recipes. Across the pond, in the UK, celebrity chefs Jamie Oliver and Jimmy Doherty recently revealed they would be filming an entirely vegan episode of “Jimmy and Jamie’s Friday Night Feast.” The show will include a special appearance from vegan athlete Tim Shieff.

Vegan actor Natalie Portman also wants to get in on the cooking show action. Her dream, the actor stated at the premiere of “Eating Animals,” is to launch a new programme dedicated to plant-based recipes. “It would be a dream of mine to make one of those cooking shows, but only for vegan food,” she explained. “It could provide you with a starter kit if you want to be a vegan.” She added, “if anyone here wants to buy it, I’ll be taking offers in the lobby after this.”