Masterchefs Jamie Park and Matt Campbell are collaborating for a special vegan Easter menu at The Frog E1 in London. The two chefs battled it out in the latest season of “MasterChef: The Professionals,” but now they are joining forces and ditching the animal products for an exclusive Easter pop-up.

“I’m really excited to be collaborating with Matt on this plant-based Easter menu,” Park said. “I’ve been putting plant-based dishes on the menu at The Frog E1 for a while now, and people don’t even realize that they’re completely meat and dairy free. Matt’s cooking stood out for me on the show so it’s great to be able to join forces now.”

Park and Campbell both made it to the semi-final stage on this hit BBC show. Neither took home the championship title, but each has moved on with their own culinary projects. Park is the head chef at The Frog E1, a casual yet trendy British tapas and tasting menu restaurant. Campbell has continued to work as a private chef, in addition to working on a cookbook and a potential food startup. Although neither are vegan, each knows his way around plant-based cuisine. 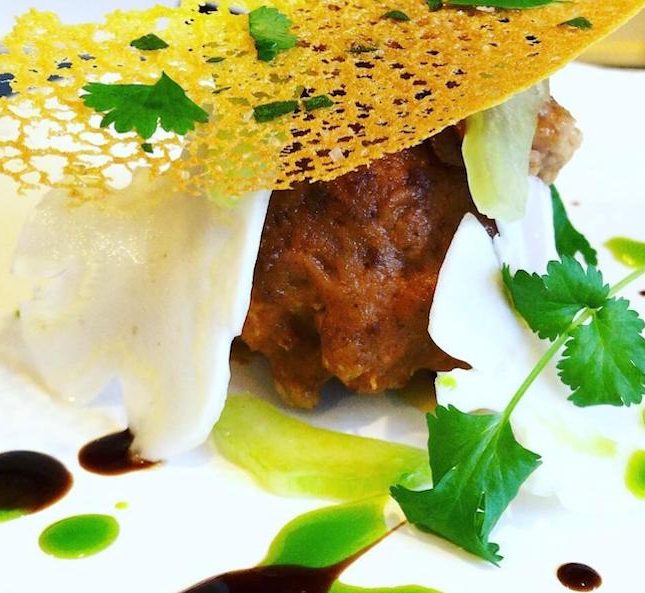 The six-course tasting menu will be sourced from The Frog E1’s farm in West Sussex to ensure the freshest and most flavorful plant-based ingredients. Highlights from the menu include a carrot hot dog with vegan kimchi mayo, cauliflower satay with ginger kombucha, black lentils with cashew cream, and to round out the meal, a caramelized banana, matcha, and lychee dessert.

Tickets are still available for Park and Campbell’s “Easter at E1” pop-up. The event will be held on Easter Sunday, April 1, from 1 pm – 5 pm at The Frog E1 in Shoreditch.