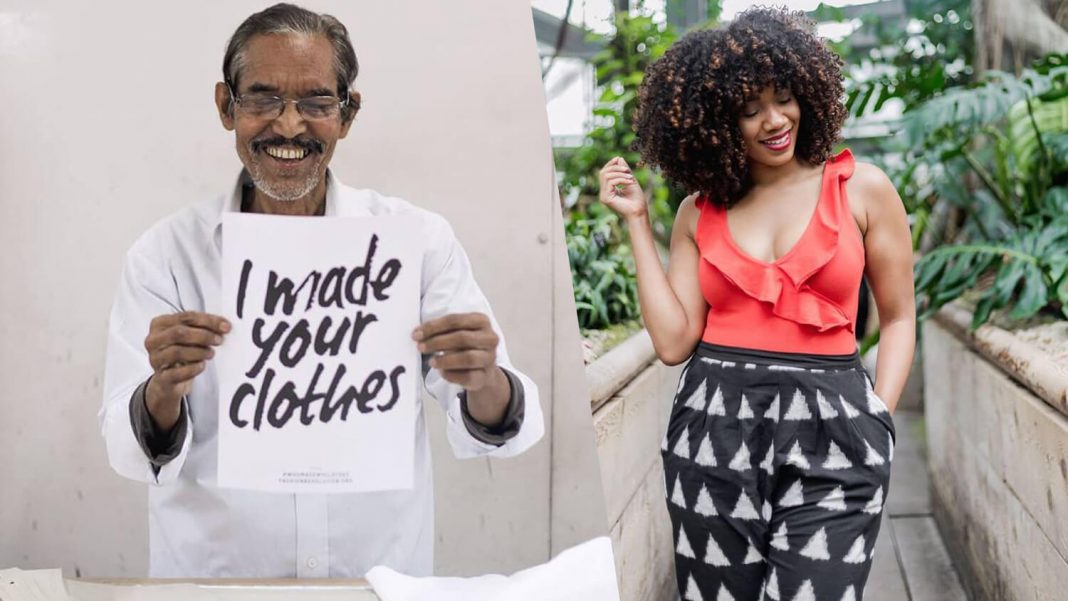 Change is happening in the fashion industry. Top name labels like Diane von Furstenberg, Burberry, Gucci and Versace have ditched fur, decrying the industry for its cruel practices. At the same time, brands like Adidas, The North Face, and Everlane are giving life to single-use plastics in a bid to be more green.

But there are still issued at hand that need to be addressed in order to move towards a more sustainable industry and it’s called “fast fashion.” According to Farisia Thang, content creator for Singapore-based slow fashion brand Matter Prints, “It’s a systematic problem and there needs to be an industry-wide movement.”

This core belief is apparent in the brand’s social media hashtag, #ChangeBeyondTextiles.

What Is Fast Fashion?

The fast fashion industry has become notorious for its negative impact on the environment and the poor treatment of workers.

According to the UN Environment, the fashion industry is the second-largest consumer of water while also generating more greenhouse gas emissions than all international flights and maritime shipping combined.

“The accessibility created by fast fashion and the societal pressure to follow trends that change with the seasons has resulted in more textiles wastage in the world today than ever,” Thang told LIVEKINDLY in an email.

“In the culture of throwaways and fast fashion, I think sustainability means a change in one’s lifestyle. Away from what is fleeting and thoughtless, towards quality and mindfulness. I’m only just beginning to understand the impact of my existence on the earth and on people groups who are exploited for my gain. I am making an effort now to reduce my waste and shop with eco-conscious brands that are committed to reducing their impact on the environment and paying fair wages to their employees.” – @picturemonologue

Recent evidence highlights the wasteful nature of the industry. The Copenhagen Fashion Summit reported in May 2017 that fashion is responsible for 92 million tons of solid waste in landfills annually.  A November 2017 study released by the Ellen MacArthur Foundation revealed that one garbage truck of textiles is wasted every second. Co-created by former English sailor Ellen MacArthur and vegan fashion designer Stella McCartney, the nonprofit aims to accelerate the transition to a circular economy.

What Is the Slow Fashion Movement?

“Slow fashion, as the name best encapsulates, is the antithesis of fast fashion,” said Thang.

The term was coined in 2007 by author and sustainable fashion proponent, Kate Fletcher. It’s a concept that retailers like Forever 21 and H&M, which regularly release seasonal clothing throughout the year are known for.

“Slow Fashion is a movement in opposition to fast fashion. So instead of a profit-driven business model that mass produces styles seen on the runways, it encourages slow production schedules, and designing, creating and buying garments for quality, things built to last,” Thang added. Compared to fast fashion, the slow fashion movement is much more sustainable.

The Driving Force Behind Matter Prints

“Ethical textile was at the core of our beliefs, we were passionate about sharing traditional textile techniques as well as the stories of people who made them and the culture they live in,” said Thang. “Sustainability, naturally, was a pillar to that, although what it meant to us became more complex over time.”

Matter Prints has aligned itself with ethical production practices. All prints are inspired by existing heritage motifs and the raw materials for products are created by rural artisans in Asia. The clothing is then produced in a fair factory, ensuring that workers are treated ethically.

From dyeing to stitching, there are 25 people involved in the making of the Cross-Back Top. This is Mehbub, he is 45 years old and heads the team of sampling tailors in Ahmedabad.

“The intent behind making rural artisan production sustainable is twofold: to champion alternative production models for textile artisans to expand their economic opportunities, and enable the textile craft to flourish as a viable industry,” Thang explained. “Our hope for this in the long run is to connect artisans with designers and customers to make their work accessible to the larger market so they may continue in their communities where they have been practicing this craft for generations.”

Thang explained that the responsibility of changing the fashion industry goes beyond just what Matter Prints is doing. “This change has to come at every level and aspect, from designers, to brands, and customers – we all need to be held accountable for our impact.”

How to Be a Conscious Consumer of Fashion

Few fashion brands have embraced the slow fashion movement and production costs are greater than that of mass-produced fast fashion clothes. While Matter Print’s mission is to help change the industry, ethically produced clothing comes with a higher price point that the average consumer may not be able to afford.

Thang argues that ethical fashion is accessible to all, even if one can’t afford to buy new clothes from conscious brands.

“Supporting ethical fashion and buying from ethical fashion brands are not mutually exclusive: money can’t buy intent and just because you aren’t purchasing from the latter doesn’t mean there aren’t other avenues to advocate for the former,” she said.

Matter Prints encourages all consumers to wear their clothing until it can no longer be used and repairing or upcycling what can be fixed. Buying second-hand items at thrift shops ensures that one isn’t spending their money in the mainstream fashion industry and instead of throwing away unwanted articles of clothing, donate.

Composed entirely of an elusive gradient of straight lines and geometric details, the Avani motif parallels a coursing river in the wild.

Fast fashion tends to produce clothing specific to the trends of the season, so Matter Prints encourages consumers to think about whether the item is needed and how many times it will be worn. Finally, if possible, the company encourages customers to seek out higher-quality clothing that will survive multiple seasons.

To learn more about Matter Prints, visit the website.