Vegan sneakers inspired by Star Wars’ Millennium Falcon and its grumpy pilot, Han Solo, have launched on PO-ZU, an online retailer rated number one by the Ethical Company.

For those days when you need to take a trip to another galaxy, or just the supermarket, a pair of vegan Han Solo-inspired sneakers will launch you into hyperspeed at the price of £69.00.

“High-top vegan lace-up Sneaker in organic cotton and a Fair Trade rubber sole. The HAN SOLO sneakers have subtle yet striking details synonymous with the legendary Han Solo character: a Corellian Bloodstripe stripe along the side.” The shoes are also orthotics-friendly, and like their namesake, they’re perfect for sneaking away from intergalactic debt collectors, stormtroopers, and Wookies. 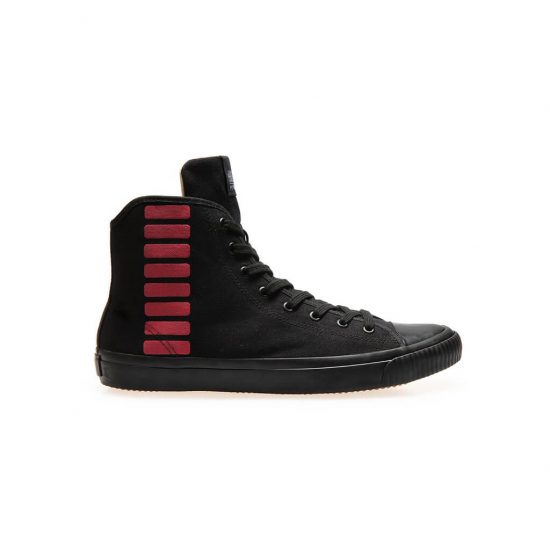 What’s Han Solo though without his trusty Millennium Falcon? You can sport a pair of shoes inspired by the spaceship itself, too.

On the website, the unisex Millennium Falcon sneakers are described: “Low cut vegan lace-up Sneaker in organic cotton featuring a technical drawing of the Millennium Falcon.” The sole, including foxing and the toe cap, “is made in locally sourced Fair Trade rubber sole, certified by the Fair Rubber Association,” and features “removable memory-foam Foot-Mattress™ (allows orthotics placement) in latex and coconut husk. ‘Star Wars™/Po-Zu’ woven label on tongue.”

The shoes retail for £59.00 and feature a recognisable sketch of the Millennium Falcon across the canvas of the shoe. 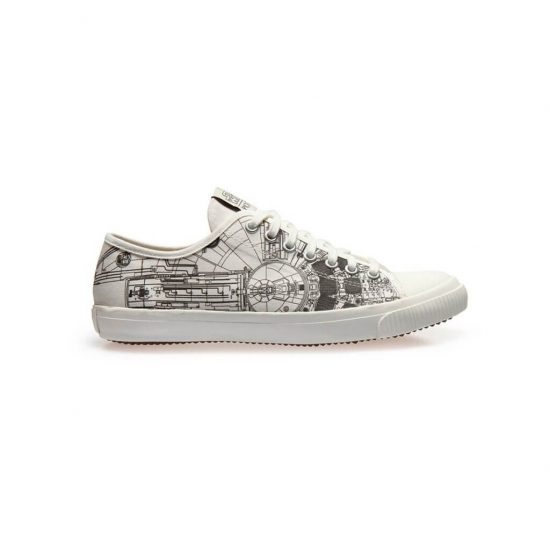 Star Wars is not only a timeless series for intergalactic fanatics; the latest installation of the series, “The Last Jedi,” highlighted many animal rights issues. In the film, iconic Star Wars character Chewbacca has a vegan epiphany, showing distress whilst eating chicken-like meat and staring into the eyes of his Porg friends.

Chewbacca and the “Porgs” share a mutual fondness. The friendship between these two distinctly different species is believed to reflect the concept that Millennials have coined “friends, not food” — how humans and animals can live in harmony with one another, rather than the breeding, raising, and slaughtering of animals that is so widespread on our planet today.

Outside of the theatrical science-fiction realm, Star Wars’ “The Last Jedi” star Daisy Ridley, a compassionate powerhouse as well as a bona fide Jedi, revealed late last year that she is vegan. Ridley’s announcement came just a month after a pop-up bar by a force-awakened vegan fan in New York City opened up, serving vegan foods and beverages inspired solely by “The Dark Side,” from the “Star Wars Chronicles.”