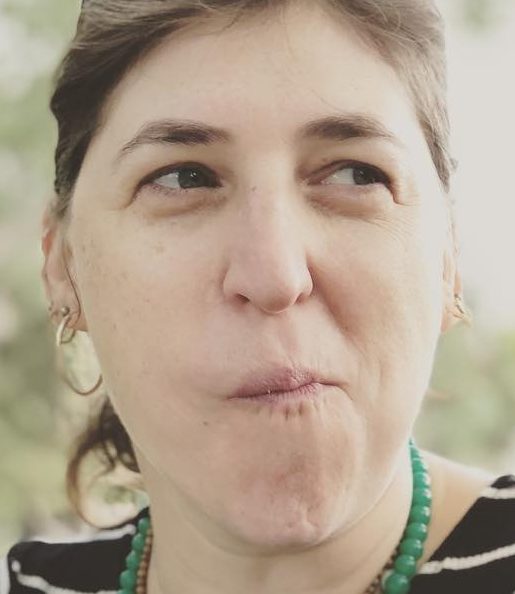 Longterm vegan, activist, neuroscientist, and actor Mayim Bialik has some things to say about the myths surrounding veganism.

Bialik, best-known for playing neurobiologist Amy Farrah Fowler in the hit sitcom “The Big Bang Theory,” put five of the most common misconceptions about veganism to bed in a new YouTube video posted on her channel.

Titled “5 Worst Things To Say To A Vegan,” Bialik tackles the age-old question, “where do you get your protein from?”, and explains why artisanal vegan cheese should be given a chance by everyone. She also details how vegan food, despite being dismissed as “gross” by many, encompasses a variety of foods most omnivores already eat, such as french fries, pasta with tomato sauce, and three-bean chili.

“Just because you try one restaurant’s vegan dish and it doesn’t taste good, why on earth would you assume all vegan food tastes like that?” Bialik asks. “Vegan food is held to ridiculous standards of cuisine that we don’t hold any other kind of food to.”

The star also addresses the idea that some people just don’t care about eating animals. “I can’t make you care about [animal welfare] if you don’t,” she says. However, as Bialik points out, those who don’t feel the need to stop eating animals from a welfare standpoint may be interested in the environmental side of the argument. According to the largest-ever food production analysis, eating vegan food is the most effective way to combat climate change.

“The mass consumption of animal products and by-products contributes significantly to a variety of environmental issues,” Bialik notes. Listing ozone depletion, the pollution of lakes, rivers, streams, and fields, depleted water sources, and the use of arable land as just some of the environmental problems that stem from animal agriculture. The overuse of antibiotics and the sheer cost of storing, raising, and feeding animals, are also important factors to consider, she adds.

Finally, Bialik addresses the myth that going vegan is just “too hard.” To these “vegan-friendly” people, the plant-based actor says, “if it helps, don’t think about all the things that you can’t have. Think about all of the things that you can have…shift some of the budget of the money you would normally set aside to eat meat and dairy and turn it into a new way to explore new fruits, vegetables, grains, seeds, and nuts.”