Colin Basran, the mayor of Kelowna, British Columbia, made the Vegan Week proclamation following a request from organizers of the Kelowna VegFest. Organizers encouraged the mayor to make the announcement as part of their boycott of the meat-heavy Ribfest Weekend, which was announced last September.

Global News reported that Vegan Awareness Week takes place this week (19-26 May) in the leadup to the city’s second VegFest on May 26th.

Kelowna is becoming known for being vegan-friendly. Many local businesses have increased their vegan options, and plant-based restaurant Naked Cafe often has a queue. The owners Olivia and Teghan Gordey say this is in part because “it’s now cool to be vegan.” They added, “people go vegan for different reasons like health or for the animals specifically.” 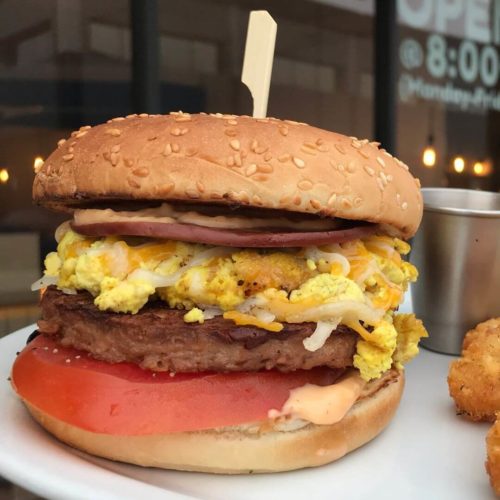 The restaurant’s website tells of how proud it is to be involved in the local community. It reads, “Our team is deeply moved seeing a vegan community coming together before their eyes since Naked became a reality in 2015.”

According to the VegFest website, around 70 vendors will be present at this year’s festival. As well as the huge range of stalls available, there will also be speeches and other events. Visitors can participate in yoga classes, listen to local musicians or join a vegan cheese-making demonstration.

Presenters will also talk on subjects such as “Becoming a Vegan Entrepreneur“, “Nutrition in Sport” and the “Journey Towards Zero Waste.”

Canada has many versions of VegFest taking place each year. FairSquare describes how Ontarians are “spoilt for choice” when it comes to finding vegan events and festivals.

As well as major cities such as Toronto, Ottawa, and Vancouver also hosting various events, many provinces are creating their own VegFests. Events now take place from British Columbia to Quebec and everywhere in between.

The U.S. is also becoming well known for its vegan festivals. Eat Drink Vegan celebrates its 10 year anniversary this year, and SoCal VegFest takes place across two days in October this year.

Organizers of the second Kelowna VegFest will donate all money raised to animal sanctuaries.