Last year, McDonald’s released vegetarian red-pepper and pesto goujons that were unsuitable for vegans due to the communal preparation area. The new vegan Veggie Dippers are produced with the same plant-based tomato pesto, red pepper, rice, and split peas but are prepared in a designated area.

“In the last 12 months we’ve seen an 80% uplift in customers ordering vegetarian options at McDonald’s,” said Thomas O’Neill, Head of Food Marketing at McDonald’s UK & Ireland. “So it is time for the brand famous for the dippable McNugget to launch a dippable option for our vegetarian, vegan and flexitarian customers.”

“The Veggie Dippers are a delicious addition to our menu,” continued O-Neill. “We’re looking forward to seeing what customers make of our first vegan Extra Value Meal and Happy Meal in the New Year.” 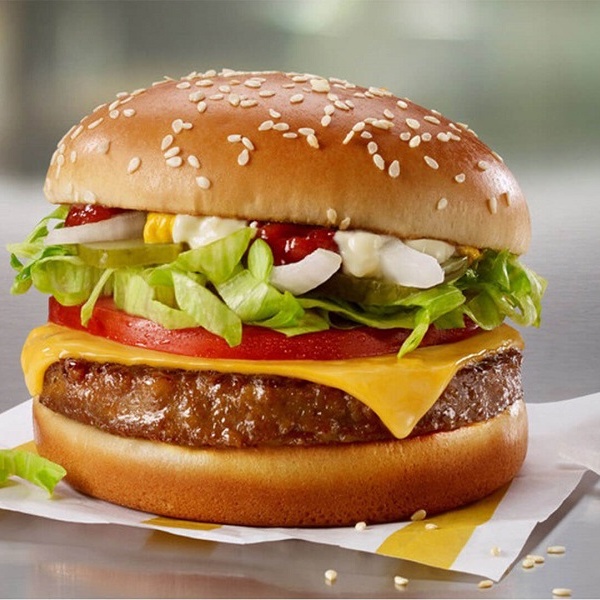 McDonalds has already trialed vegan options in the U.S. and Canada.

While the vegan-friendly dippers are a first for the UK, other McDonald’s locations have already explored plant-based options. In September, McDonald’s launched the “Vegan P.L.T.” — made with Beyond Meat — at 28 of its Canadian locations.

K.F.C. has offered plant-based meals at certain branches, and recently trialed Lightlife’s vegan chicken in Ontario. The restaurant sold out of plant-based chicken in less than six hours.

Many of these vegan meals have yet to come to UK restaurants, though the popularity of available options such as Gregg’s vegan sausage roll indicates high consumer demand. Around to new research, around one-third of Brits have at least one dedicated vegetarian day per week.

The McDonald’s Veggie Dippers Happy Meal will be available from January 2nd, 2020, just in time for Veganuary. A Veggie Dippers meal costs £4.99 and customers can buy four dippers on their own for £3.29. The option is also available as a Happy Meal.