McDonald’s, one of the largest fast-food chains in the world, has launched a vegan option at its global headquarters restaurant in Chicago. Called the McAloo Tikki, the sandwich is served at McDonald’s locations across India.

The company launched the new vegan-friendly menu option last month along with other options from McDonald’s locations across the globe. “Customers can enjoy new global menu items from India, Australia, Canada, Germany, and Hong Kong,” states the announcement.

The McAloo Tikki is the only vegan sandwich option available. According to McDonald’s the McAloo Tikki consists of a toasted bun with a samosa-spiced veggie patty made from potatoes and peas. It’s topped with fresh red onions, sliced tomato, and an egg-free creamy tomato mayo.

“Customers have expressed interest in items from McDonald’s restaurants located in India and we’re excited to offer them the opportunity to try the long time vegetarian favorite, McAloo Tikki,” said McDonald’s owner/operator Nick Karavites, in a statement. 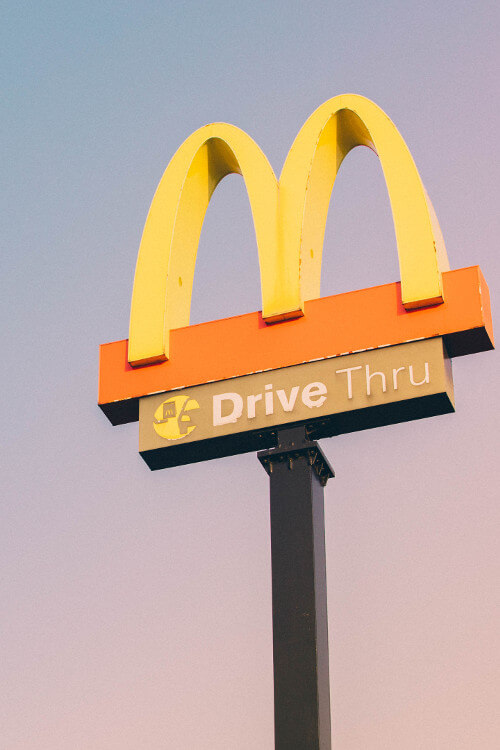 Vegan options are limited in McDonald’s other U.S. locations – customers can choose from an iceberg lettuce side salad, drinks, or sliced apples from the kids menu. But in other nations, the fast-food chain has found success with vegan sandwich options.

Both Finland and Sweden offer the McVegan, a completely plant-based sandwich featuring a soy-based patty. Last February, the chain reported that the vegan burger had exceeded sales expectations in Sweden. And earlier this month, it was revealed that McDonald’s is launched another vegan burger – called the McVeggo – at all 65 Finnish restaurants. Like the McVegan, it features a soy-based patty and is served with spicy sauce.

Additionally, McDonald’s may be gearing up to launch vegan or vegetarian options in the UK. According to a leaked photo, there are two options: a red pesto wrap or sandwich served with veggie “goujins,” or deep-fried chicken strips. It is unknown whether or not the veggie strips contain eggs, but many speculate that the launch is set for early 2019.

Vegan meat options may be coming to the U.S. but the company has not gone into detail. At Fortune’s Most Powerful Women Next Gen Summit in California last week, Lucy Brady, the chain’s senior vice president of corporate strategy, said “plant-based protein is something we’re keeping our eye on” in reference to plant-based meat options like the Impossible Burger.

According to McDonald’s, the global menu options will be served at its Chicago headquarters on a rolling basis – so the McAloo Tikki may not be permanent.