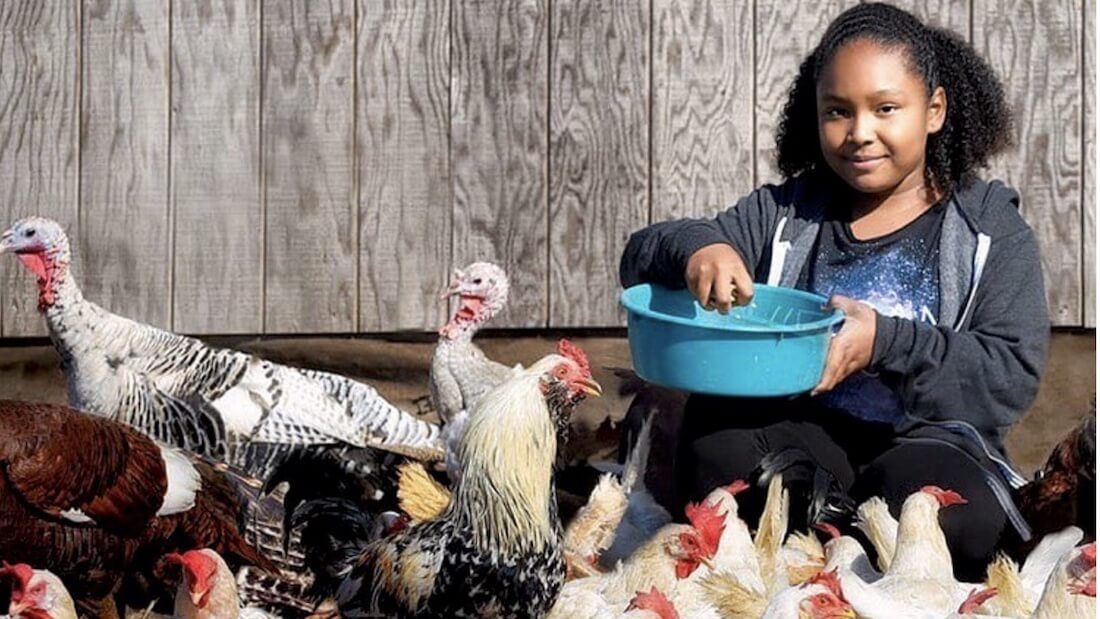 Genesis Butler may have the longest professional resume of any eleven-year-old. The young charismatic vegan has given talks at dozens of vegfests and conferences, starred in a documentary, launched her own vegan non-profit, and is currently tied as the youngest TEDx speaker in history. Now, she has created a video in partnership with PETA Kids to discuss “The Meanest Animal On Earth.” However, according to Butler, this “meanie” doesn’t have claws, fur, or fangs.

The short video features Butler giving a presentation, introducing herself to the crowd as “a kindness and empathy expert.” Donning a silver cat ear headband complemented by a professional up-do, she explains that she loves animals, but doesn’t love meanies. However, before she points fingers at the meanest animal on Earth, she runs through a list of the “nicest ones.”

Butler explains that pigs are social animals that comfort each other, and even chase burglars. Chickens can navigate the sun when they are two weeks old. Sheep are gentle creatures. And who doesn’t love dogs? The audience reacted with a group chuckle.

She continued to list off other species that may not seem so nice, but are actually quite genuine. Genesis cited predators such as lions, alligators, and pythons who may seem scary, but really just “eat out of need, not greed.”

However, we do not have to be doomed to this dark fate. We have a choice to continue to be bullies or to make a commitment to be nice. Butler reasoned, “Each animal is a unique individual just like you and me.” If people can see this, they may start to treat others with kindness. Some people exploit and eat animals because they don’t think they’re worth caring for, but for Butler, this isn’t an option.

The film concludes, “You don’t have to be a meanie. Go vegan.”