Two-hundred twenty-eight million burgers were ordered at fast food restaurants, up 10 percent from last year, according to market researcher NPD Group, beef burgers are still the most popular order, but growth is flat. Eighteen percent of adults say they are trying to eat more plant-based food while 60 percent noted that they want to eat more protein.

The rising popularity of plant-based burgers is attributed to increased availability at fast food chains such as Burger King, White Castle, and Carl’s Jr. White Castle launched the Impossible Burger last summer while meat-free Whoppers will be on Burger King menus nationwide by the end of the year. Carl’s Jr. launched the Beyond Burger earlier this year. 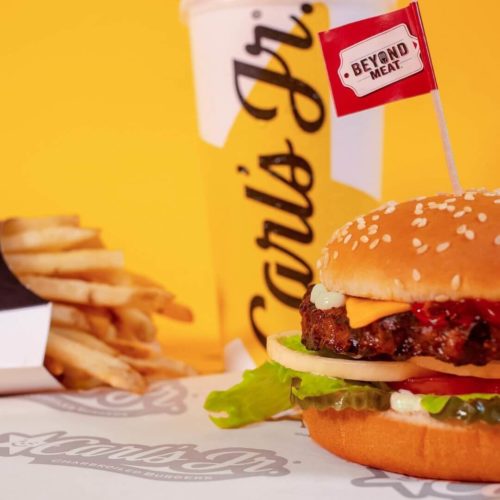 Vegan food is no longer a representation of hippie counterculture — celebrities including Snoop Dogg, NBA star Kyrie Irving, Jaden Smith, and Black Eyed Peas frontman will.i.am have all promoted meat-free burgers. Analysts noted that while vegans and vegetarians are ordering vegan burgers, they are not the driving force behind the market growth.

“Plant-based burgers allow consumers to substitute without sacrifice. They get the ‘burger’ experience while assuaging their need for more protein and social concerns,” Darren Seifer, NPD food and beverage industry analyst, said in a statement. “U.S. consumers have not given up on beef burgers, but are willing to mix things up every now and then.”

The findings echo previous studies. According to Dining Alliance, the largest purchasing organization for restaurants in the U.S., vegan meat sales increased 268 percent last year, primarily due to more realistic options from Beyond Meat and Impossible Foods.

“There is a seismic shift occurring in eating habits globally, creating a significant market opportunity. Most important, our research reveals that for most consumers, this has moved beyond experimentation into a permanent change brought on by health, lifestyle and social factors,” said Greg Paul, marketing leader for the beverage industry at DuPont Nutrition & Health.

Beyond Meat — which markets the Beyond Burger next to the real thing in some supermarkets, says that 93 percent of the plant-based patty’s customers are omnivore.