Cutting out meat could potentially reduce the risk of urinary tract infections (UTIs), according to a new study.

Published in the journal Scientific Reports, the study analyzed questionnaire responses from 9,700 participants who had not previously been diagnosed with a UTI.

The questionnaires—answered by members of the Tzu Chi Foundation, a Buddhist NGO in Taiwan in 2005—asked about diet, smoking, physical activity, medical conditions, and drinking. Researchers then tracked the participants’ health records through to 2014.

A vegetarian diet was linked to a 16 percent lower UTI risk in females, non-smokers, and “uncomplicated UTIs” (people who have UTIs but are otherwise healthy). 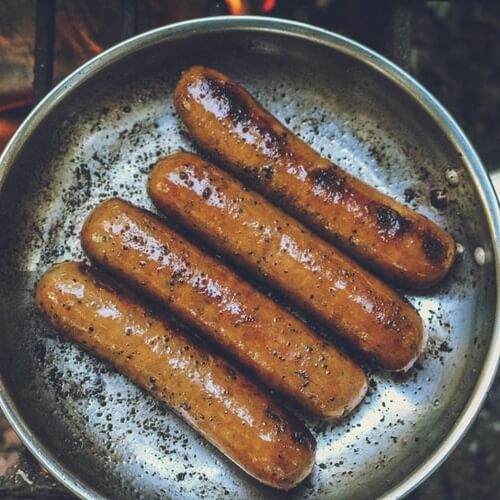 What Causes a UTI?

A UTI is an infection in the urinary system. They aren’t usually serious. However, they can sometimes spread to the kidneys. This increases the risk of chronic kidney infections and in some cases, sepsis.

Due to the shorter distance between the anus and the urethra, UTIs are more common in females. The length of the urethra itself is also shorter.

UTIs can be caused by E Coli, and this is where the meat link comes in.

According to the researchers behind the Taiwan study, pork and poultry, in particular, can contain the strain of E Coli that causes UTIs. Therefore, decreasing the consumption of meat decreases the risk of exposure to bacteria.

They also noted that vegetarian stool could be less hospitable for E Coli; the bacteria in the bowel can spread to the urinary system and cause a UTI.

Per the Guardian, Tzu Chi University’s Dr. Chin-Lon Lin—co-author of the study—said, “vegetarian diets [lead to] lower stool pH than for non-vegetarians, and the lower stool pH could prevent the growth of E Coli.”

According to Dr. Jennifer Rohn—the head of the center for urological biology at University College London—more research needs to be done into how quickly or easily a change of diet could reduce the bacteria.

She said, “We simply don’t know if an established reservoir [of these bacteria] in one’s gut could be easily ousted by a diet change – though it would make an interesting future study.”

Dr. Jim Jonson is an infectious disease expert from the University of Minnesota. He said the study did not take into account how much participants had sex. It also didn’t evaluate methods of contraception or family history of UTIs.