The meat industry is dangerous. It kills animals and people in more ways than you might think. Industrialized or “factory farming” can cause pollution, severe environmental damage, chronic health problems, and even death for neighbors and workers alike. 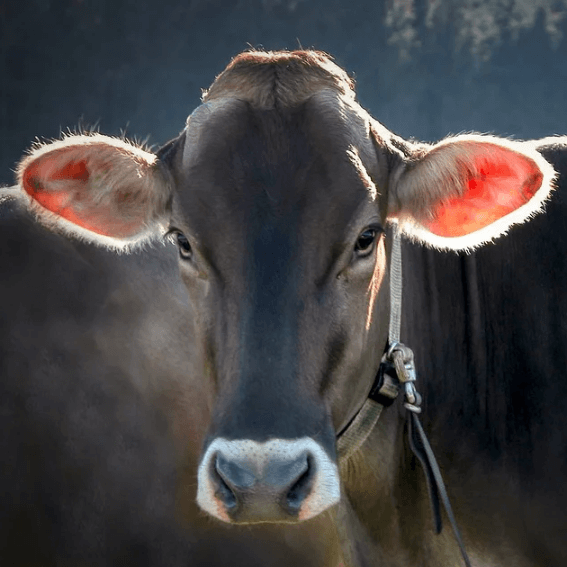 Indirect suppliers of cattle are often difficult to trace.

In April 2017, nine men squatting remote forest land in Mato Grosso were killed. According to court documents, some had been shot, some stabbed, and some showed signs of torture. The killings—referred to as the “Colniza massacre”— were linked to a gang known as “the hooded ones.”

A new report links JBS—the world’s largest meat company—to an Amazon farm owner implicated in the massacre. The report, published by Repórter Brasil, has increased public pressure on JBS regarding its lack of supply chain transparency.

In May 2017, prosecutors charged local farmer Valdelir João de Souza and four others with the murders. Souza remains at large, but in April 2018 two nearby areas of land—Três Lagoas and Piracama farms in Rondônia—were registered in his name.

According to Repórter Brasil, government records indicate that in May 2018, the two farms sold 143 cattle to a third. Then, minutes later, the third farm sold 143 animals of the same sex and age to a meatpacker from JBS. This rapid sale and moving of the cattle implies what environmental groups refer to as “cattle laundering.”

Much like other forms of laundering, it involves the quick sale of cattle from a farm with environmental or legal issues to a more reputable business—before selling them on to meat packers. This circumvents JBS and other meat companies’ monitoring systems. Large companies—including both JBS and rival packers Marfrig, also linked to Souza—do not check indirect suppliers.

This lack of supply chain transparency has also caused JBS to be implicated in illegal deforestation in the Amazon. Deforestation is another way in which the meat industry causes environmental damage and even death. 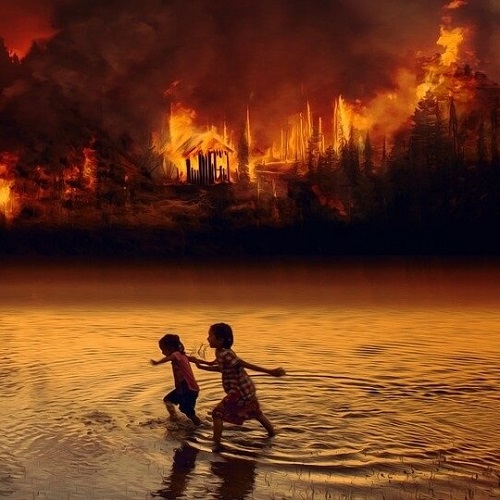 Some cattle ranchers start fires in the Amazon rainforest to clear land for their herds.

According to the World Wide Fund for Nature (WWF), the amazon wildfires consumed key areas of the forest and killed many animals. It “threatens the existence of the world’s largest tropical forest,” said the WWF. The habitat of “thousands of animals and plants and home to more than 34 million people, including around 500 indigenous peoples.”

JBS and other big companies say they remain committed to boycotting farms involved in illegal deforestation. JBS has previously signed two separate agreements and agreed to the removal of any suppliers involved in either deforestation or rural conflicts.

However, an audit by federal prosecutors indicates that 19 percent of the cattle purchased by JBS in 2016 had “evidence of irregularities.” And in 2017, JBS received a fine for buying cattle farmed in illegally-deforested areas in Pará.

The Bureau of Investigative Journalism reports that deforestation in the Brazilian Amazon has risen by 73 percent since 2012. Between 1980 and 2005, levels reached 20,000 sq km per year. Land activists are in danger in Pará. Anti-palm oil campaigners, in particular, can face assassination attempts. Violence against indigenous people is commonplace, and meatpackers face continued pressure to boycott ranchers charged with crimes against natives.

According to the Pastoral Land Commission, 70 people were killed in Brazil in 2018 over land and environmental disputes. As reported by Business Insider, almost 50 percent of Brazilian livestock are raised in fields that used to be rainforest, driving wildlife extinction, and pollution—another way in which meat kills. 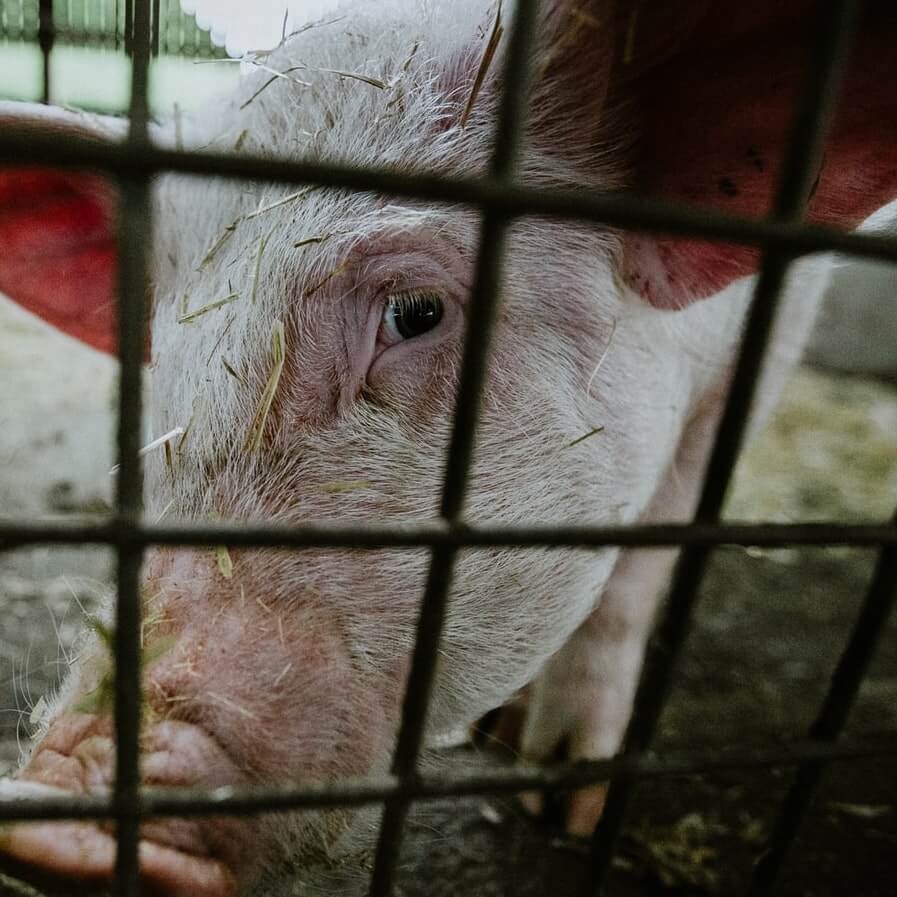 The Meat Industry and Pollution

Meat production is a leading cause of pollution—which in itself is responsible for environmental destruction, chronic illness, and death. Experts believe the global meat industry is partly responsible for the worst annual “dead zone” on record, the Gulf of Mexico in 2017.  Manure and fertilizer in the waterways are fueling large algae blooms and creating oxygen-starved areas of water.

These hypoxic waters kill aquatic species by disrupting the marine ecosystem and food chain. Dead zones—like the area of the gulf at the mouth of the Mississippi river—also negatively impact the local coastal communities. Dead zones vary in size, but The Gulf can spread from 6,000-7,000 square miles. Varying farming practices directly affect the size of the dead zone.

Due to overcrowding and disease, factory farms, in particular, have an enormous impact on the environment—both local and otherwise. Poor waste control, in particular, is a key contributing factor to both dead zones and localized damage.

These anaerobic lagoons produce gas emissions including ammonia, hydrogen sulfide, and methane. The gases from factory farming’s lagoons are so dangerous that they can even render farm-workers unconscious, causing them to drown. The lagoons also regularly overflow, releasing additional toxicity into both the local vicinity and farther downstream—such as The Gulf’s dead zone.

In 1997, the state of North Carolina banned the construction of any additional manure lagoons in favor of modern and environmentally superior methods. However, pre-existing lagoons continue to cause pollution, death, and disease. 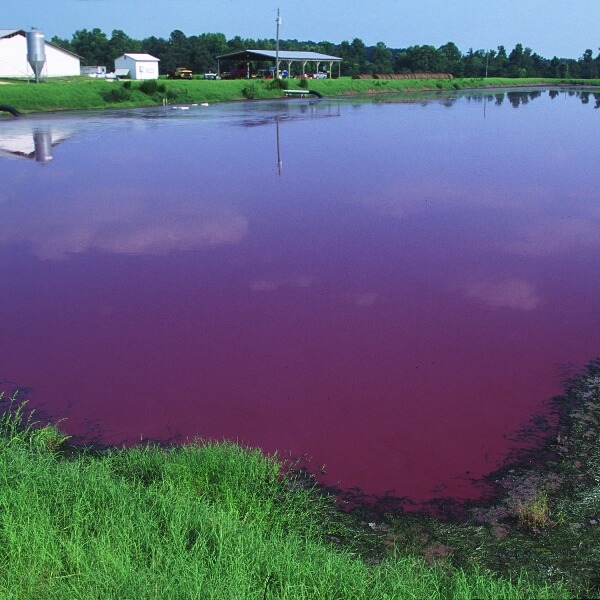 Factory farms can cause disease in local communities. | Wikipedia

Ineffective waste management and other issues can also lead to food contamination by bacteria, including salmonella and E.Coli. The unsanitary overcrowding of factory farms and frequent use of antibiotics in the meat industry is linked to medicine-resistant “superbugs.”

Some experts believe that overcrowded pigs and poor waste management helped cause the initial outbreak of swine flu (H1N1). Some commentators hypothesize that the ongoing coronavirus pandemic first began in one of China’s wild animal markets.

You don’t have to eat meat for the industry to increase the risk of certain diseases. According to a study published in 2018 by the North Carolina Medical Journal, families living near industrialized pig farms can experience higher rates of kidney disease, anemia, tuberculosis, and even infant mortality. At best, factory farms impact local communities’ quality of life, due to the odor and the noise.

As of 2019, North Carolina has almost 9 million farmed pigs. The world’s largest pork producer, Smithfield Foods, is the recipient of multiple lawsuits from hundreds of North Carolina residents. In 2018, a federal jury ordered Smithfields to pay $473.5 million to the North Carolinians who neighbor its factory farms.

A study from 2014 by The University of North Carolina at Chapel Hill also found that African Americans, Native Americans, and Latinos are far more likely to live near factory farms. Because of this, health problems associated with factory farming disproportionately impact people of color.

Industrial Hog Operations, or IHOs, “pollute local ground and surface water,” explains the study. “In addition to their well-documented effects on physical, mental and social well-being, residents of areas with a high density of IHOs, and especially residents of color, have been subjected to intimidation including threats of legal action, violence, and job loss,” it continued. 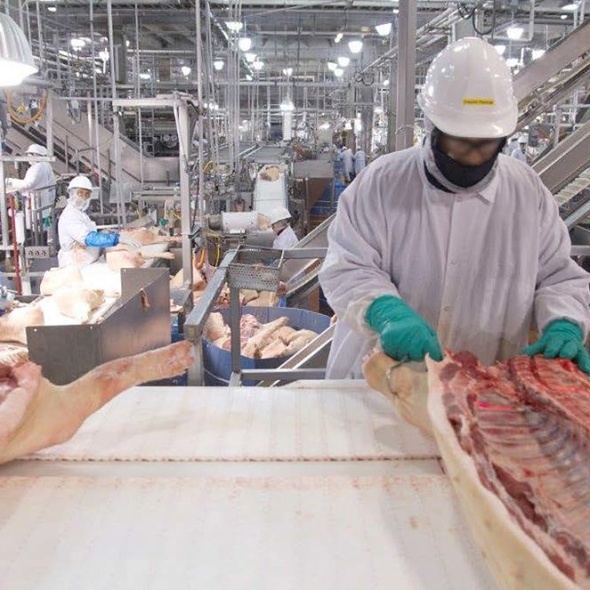 For workers, life inside the slaughterhouse is also dangerous. According to the Food Empowerment Project, slaughterhouses and meat-processing facilities employ more than 500,000 workers in the U.S. These workers are predominantly people of color and those living in low-income communities.

Last year, the USDA (United States Dairy and Agriculture) introduced legislation to give slaughterhouses the ability to self-police. The optional Swine Slaughter Inspection System (NSIS) gives companies the option of performing their own inspections—and increasing line speeds. Excessive production demands are overwhelmingly responsible for worker injuries, and data shows that the rate of injury is directly related to line speed.

In 2019, Human Rights Watch completed a report on the rights of meatpacking workers in the U.S. “Everyone who goes to the plant is risking their lives every day,” said Monica R., a worker at a Smithfield-owned pig plant in Crete, Nebraska. Even with limited line-speeds, slaughterhouse work is grueling and high-risk. Workers use sharp tools and industrialized equipment that can cause serious injury and death.

In addition to physical injuries, many workers report mental health issues ranging from depression and anxiety to PTSD. Job security is minimal, and employers often encourage workers to continue past their physical and mental limits.

“Slaughterhouses and ‘meat’-processing facilities symbolize suffering and death for animals and exploitation for workers,” says the Food Empowerment Project. “Fortunately, we can choose not to support this cycle of exploitation and suffering by simply adopting a vegan lifestyle.”