The indictment is part of ongoing investigations into price-fixing in the meat industry. In early June, four poultry industry executives from JBS-owned Pilgrim’s Pride and Claxton Poultry were indicted by the DOJ on price-fixing and bid-rigging. Each executive faces a maximum penalty of four years in prison and a $1 million fine. All four have pled not guilty.

The canned tuna industry is also under fire. Earlier this month, former Bumble Bee CEO and president Christopher Lischewski was sentenced to 40 months in jail and charged a $100,000 fine for a three-year antitrust conspiracy. 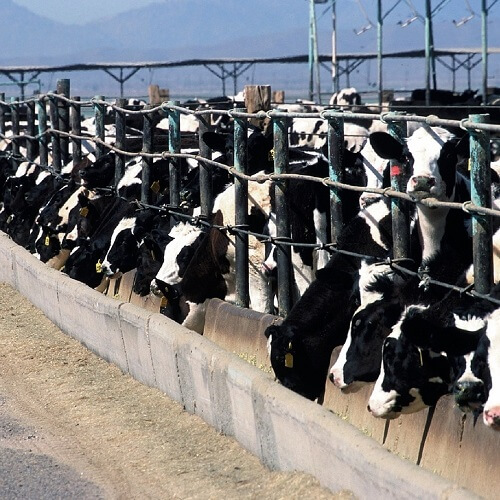 A ‘Concerted Scheme’ to Inflate Prices

The lawsuit claims that along with Tyson, JBS, and National Beef, Cargill has “concerted scheme to artificially constrain the supply of beef entering the domestic supply chain.” The suit claims this has been ongoing since at least 2015, according to the lawsuit filed in Minneapolis federal court. The conspiracy to inflate beef prices was confirmed by at least one confidential witness who used to work at one of the companies.

Announcing the investigation on March 12, 2020, Secretary of Agriculture Sonny Perdue said that the price difference between live cattle and wholesale boxed beef was
“historically high.”

These allegations should come as no surprise. The DOJ kicked off an investigation a little over a year ago after a class-action lawsuit was brought forward by food distributor Maplevale Farm. The lawsuit alleged that the country’s biggest poultry producers—Koch Foods, Pilgrim’s Pride, Tyson Foods, Sanderson Farms, Perdue Farms, and others—coordinated a 50 percent price hike per broiler hen between 2008 and 2017. Companies including Conagra, Sysco, and Walmart, have previously made similar claims.

“In markets with few competitors, it is possible to raise price to consumers without even very formal agreement,” Peter Carstensen, Professor of Law Emeritus at the University of Wisconsin and Senior Fellow of the American Antitrust Institute, told LIVEKINDLY in an email.

The case of the four executives named in the indictment is “related to a much broader private lawsuit involving poultry producers who are alleged to have coordinated reductions in production with a consequent increase in prices to buyers,” Carstensen continued.

Price-fixing and bid-rigging appear to be endemic to the meat industry, which is increasingly controlled by fewer and fewer brands. Cargill, Tyson Foods, JBS, and National Beef, for example, control about 80 percent (more than 25 million pounds) of the U.S. beef supply to the wholesale market.

These are similar cases involving pork and turkey producers as well as “a major case involving beef brought by feeders that proceeds on a different theory of how those packers coordinated to reduce prices paid to feeders,” Carstensen said.

Following the most recent subpoena, Tyson Foods has agreed to work with the DOJ in investigating the allegations, “vigorously” and “honestly,” the company said in a statement. In exchange for its cooperation, Tyson Foods will receive a formal grant of leniency, which relieves the company and its employees of criminal fines, jail time, and charges.

The question now is whether or not litigation will impact the meat and poultry industries in a meaningful way. Carstensen, a veteran expert on antitrust law and competition policy, is “uncertain because it is not clear to me whether the pending antitrust claims will lead to the kind of structural or conduct change in these industries that would result in better treatment of farmers, workers, and consumers.”

Here are the four vegan meat companies involved in the latest scandal.

Tyson Foods is one of the largest poultry processors in the country. In addition to being accused of human rights violations, Tyson Foods’ indictment by a federal grand jury in United States District Court in Denver, alleges that senior executives from Pilgrim’s Pride in Colorado and Claxton Poultry Farms in Georgia fixed prices and rigged bids from 2012 to 2017. Pilgrim’s Pride, owned by Tyson, is the nation’s second-largest supplier of broiler chickens—factory-farmed hens that are bred to grow at a rapid rate.

By the end of 2018, Tyson reported a seven percent increase in profit margins, nearly double its 2014 operating margin, raising suspicions from industry experts.

Global meat brand Cargill is the largest company in the United States in terms of revenue.

This isn’t Cargill’s first brush with price-fixing. In 2004, the global brand settled for $24 million in a class-action lawsuit that accused it and two other companies of price-fixing high fructose corn syrup.

In 2019, when Cargill, JBS, National Beef, and Tyson were accused of working together to inflate beef prices, Cargill denied being involved in the scheme. “We believe the claims lack merit, and we are confident in our efforts to maintain market integrity and conduct ethical business,” the company said in a statement. Cargill has not commented on the current lawsuit.

Like Tyson, Brazilian brand JBS, the world’s largest processor of fresh beef and pork, reported higher profits since the alleged start date of the price-fixing scheme. Due to a 10.2 percent higher beef business margin, one reporter remarked that major meat companies involved in the lawsuit “no longer compete against
each other,” in order to rake in “gangbuster profits.”

Kansas City, Missouri-based brand National Beef is owned by Marfig, the second-largest Brazilian food company after JBS. The lawsuit alleges that National Beef facilitated the conspiracy through “public statements to conceal Defendants’ unlawful activity.” For example, in 2018 executives claimed that higher profit margins were due to “an ample supply of cattle” and “strong demand in both the domestic and international markets” instead of disclosing that “illegal prices implemented by the Conspiracy.“