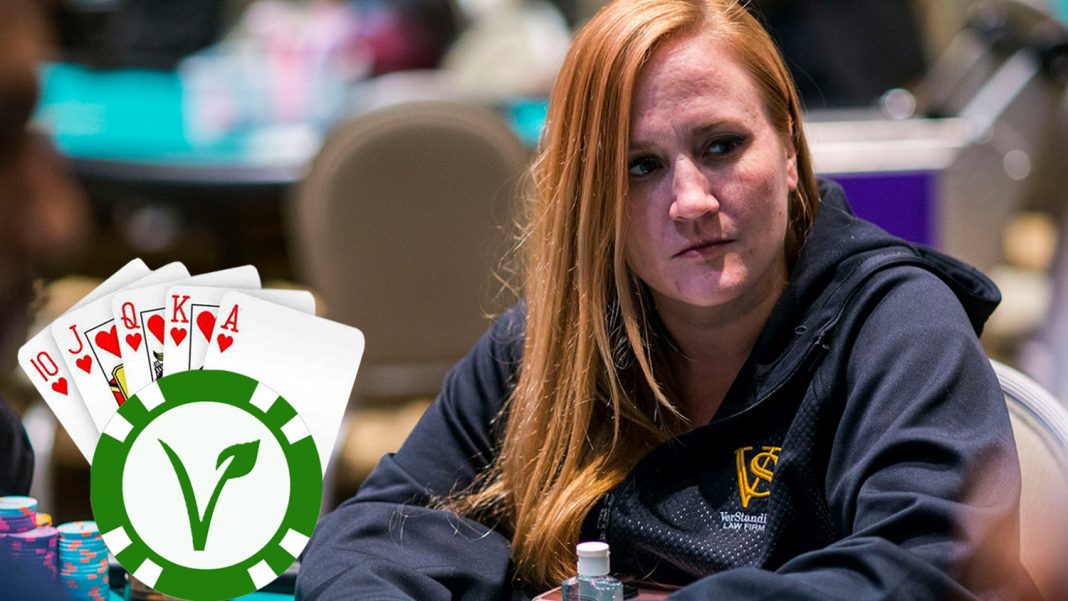 As part of a prop bet, professional poker player Jamie Kerstetter is going vegan for one year for $10,000.

It’s possible the idea was inspired by a recent initiative called Million Dollar Vegan, whereby the world’s top doctors, scientists, leaders, and entertainers band together to spread the word about plant-based, cruelty-free living. The group’s first effort saw them promising that if Pope Francis went vegan for Lent, they would donate $1 million to a charity of his choice.

A smaller but similar proposition saw poker player and sports commentator David Tuchman asking his Twitter followers, “I feel a prop bet coming … if you’re a meat eater, how much money would you need to go vegan for a year?”

The idea intrigued film producer and poker player Bill Perkins, who is “known for booking props that push people to be better versions of themselves,” PokerNews commented. Perkins and Kerstetter entered an agreement; Kerstetter would go vegan for one year in exchange for the money. She is required to give blog updates two times per month, and if she is not successful, she will spend 100 hours volunteering for a cause of Perkins’ choosing.

I’ve gotten myself into a vegan prop bet ?

“Bill [Perkins] rules because he wants to encourage people to do the things they feel they should be doing anyway to have a positive impact on the world,” Kerstetter said to PokerNews. “It’s cool that he’s willing to make this bet to hold me accountable and I’m sure he’ll pick some really interesting places for me to volunteer 100 hours if I fail.”

Announcing the bet on Twitter, many social media users applauded Kerstetter’s decision to ditch animal products, including vegan professional poker player Daniel Negreanu, who has achieved multiple accolades in the poker world and says that eating plant-based makes him a better player.

“A bunch of vegan friends and even more strangers have spent time sending me tips and lists of stuff I should buy to make the transition easier while random trolls said they’d eat double the meat to make up for it…so maybe vegans aren’t the annoying ones despite what the cool memes would say,” Kerstetter commented.

“It doesn’t really make sense because [vegans are] not hurting anyone and are actually trying to be nicer, more considerate people who care about animal suffering and the environment,” she added.

Some critics joked that $10,000 to go vegan wasn’t enough, but Kerstetter noted that it wasn’t about the money. “It feels bad in the back of my mind to ignore what I know is the right thing to do and just keep allowing myself to have no willpower,” she said. “Basically I want to stop the cognitive dissonance involved with being an animal lover who cares about the environment…until I want ice cream enough.”

Luckily for Kerstetter, there are plenty of dairy-free ice cream options available.