Valeti—who was born and raised in Vijayawada, India before moving to the U.S. to study and work—has always loved science. It’s a passion he inherited from his mum and his dad, a science teacher and a veterinarian respectively.

He has also always loved meat. But he was particularly unsettled by slaughterhouses and the meat production system. Instead of viewing this process as a necessary evil for the foods he enjoyed, he sought a solution.

Inspired by stem cell research in the cardiology field, Valeti started experimenting with growing meat in the lab. He eventually left medicine to grow steaks and burgers from cells, but he had no idea where it would take him. It was a pure leap of faith.

And it paid off.

Valeti went from a man with a small team and a dream to the CEO of a company that has not only raised $180 million in funding, but could help to change the entire landscape of the meat production system. 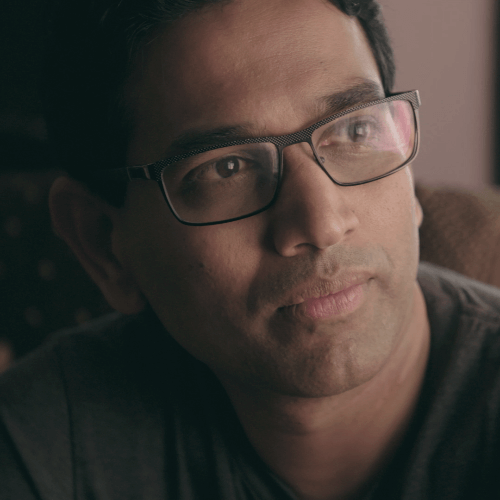 Marshall based the film around Valeti’s personal story to “humanize” the topic of lab-grown meat, which is also referred to as cell-based meat or clean meat.

To many, growing protein in a laboratory feels like an idea straight from a science fiction novel. At first, the concept may seem futuristic and intimidating, but it’s really just scientific evolution.

First, the team identifies animal cells that can grow and become meat. Then, before they are moved to a cultivator, they are fed with essential micronutrients. During cultivation, they grow as they would in an animal, forming tissue and muscle. After four to six weeks, those cells have become meat.

Marshall told LIVEKINDLY: “[I wanted] to make it character-driven, as an entry point to understanding why [Memphis Meats] is doing what it’s doing.”

What it’s doing is revolutionary in Marshall’s eyes. Not just because it’s a wonder of science (and, admittedly, slightly Frankenstein-eque), but because it presents an innovative solution to a seemingly relentless problem. Meat production isn’t just unsettling to some, it’s destroying the planet.

“Conventionally produced meat, industrial animal agriculture, is not sustainable,” said Marshall. “There are too many issues with it.”

Humans around the world have been slaughtering animals for food for centuries. For a long time, ethical arguments aside, this way of providing diets with protein seemed to work.

In the early 1800s, animals still roamed freely on small family-run farms before they ended up on the kitchen table. Humans ate relatively small amounts of meat compared to today, and industrialized farming didn’t exist.

Fast forward to the present and 99 percent of all meat consumed in the U.S. comes from a factory farm. For the most part, the days of green pastures and happy farm animals are behind us.

The system is not working and change is urgently needed. To do that, meat-eaters need to understand the impact of every bite and invest in seeking out alternatives.

Lab-grown meat is a sustainable option for people who want to make a positive impact, but not necessarily give up their Thanksgiving turkey or traditional hot dog at the ballpark. The plant-based meat industry can cater to those people too, but as Marshall pointed out, “the whole world is not going vegan or vegetarian.”

Lab-grown meat can give meat-eaters the very same products. The only change is in how they are produced.

Marshall explained: “Most of the world eats meat, so there need to be solutions that provide meat in a new way. This innovation is the next step in our evolutionary process when it comes to looking at food production.”

“Cell-based meat has the potential to really reach meat-eaters in a broad and vast way,” she added. “[Transformation] is the keyword for me. [It’s] how I view it and how I witnessed it; it’s transformative.” 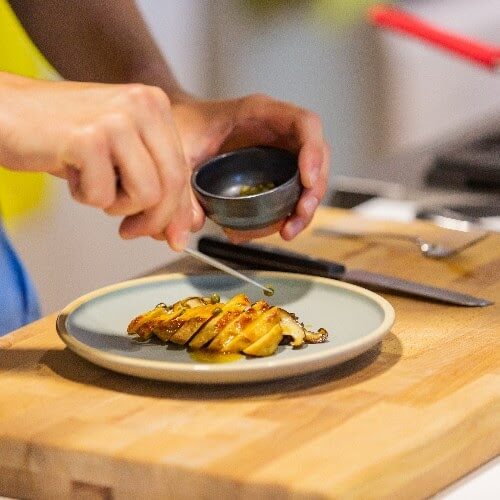 It’s not just consumers who need to be open-minded to meat grown in a lab. Meat companies need to be as well. Some are already there. Cargill and Tyson, two of the biggest meat companies in the world, invested in Valeti’s dream in 2017 and 2018 respectively.

“That was mind-blowing,” recalled Marshall. “I never thought anything like that could happen.”

Justin Whitmore, Tyson’s chief sustainability officer, said the investment represented a shift in how the company viewed itself. He explained at the time: “We have begun to think about Tyson very differently. We think of ourselves more like a protein company. There is growth and protein demand in other forms.”

Billionaires, including Richard Branson and Bill Gates, have also invested in Memphis Meats. By 2032, the cell-based meat market could be worth more than $590 million. That’s pretty decent for an industry that was non-existent just a decade ago.

As an ethical vegan, Marshall wasn’t expecting to be so taken with lab-grown meat, but meeting Valeti and creating Meat the Future changed her mind. Now, she’s a passionate advocate of the cultured protein industry. She’s even tried a lab-grown meatball herself.

“I’m an idealist and I’m a pragmatist,” she explained. “I have hope and I dream and I believe. At the same time, I look for what is viable, what is realistic.”

Meat the Future has already made an impact in the film world. It was recently selected as a special representation film at Hot Docs Canadian International Film Festival, the biggest documentary festival in North America. Hollywood trade magazine Variety labeled the film as “thorough and persuasive,” and Toronto entertainment magazine The Gate named it a “must-see.” It’s slated for general release in October on CBC’s Documentary Channel.

At first, releasing a documentary while the world is on lockdown felt like a disaster to Marshall, but she soon realized the significance of the timing. The outbreak of zoonotic disease makes the message of Meat the Future “more relevant than ever.”

Animal agriculture is not only a risk to the planet, but to our health too. A recent study warned that 73 percent of the world’s largest meat producers are a major risk for pandemics. This is because everything has been optimized to prioritize profit, at the expense of worker safety and animal welfare.

The meat industry is worth $1.4 trillion dollars, but even it has shown that it’s ready for change. When Valeti, Memphis Meats, and the countless other cultured meat companies bring their first product to market, we, as consumers, must embrace it, says Marshall.

“When we think about $1.4 trillion, we need urgent, viable, realistic, pragmatic, hopeful solutions, and we need them right now,” said Marshall. “Plant-based meat and cell-based meat is the future, and that’s something hopeful to work towards and look forward to.”

To find out more about Memphis Meats and Meat the Future, see here.