Vegan cheeseburger pasta bake may sound mental, like, did they confuse their words when writing this one out? No. Have they lost their minds? Maybe…you’ll have to try this one to decide for yourselves. We think it’s an excellent combination and while it may not be the healthiest recipe we’ve ever created (we did chuck in some red peppers so it looked like we tried), it’s definitely a people pleaser.

Anybody tried the new Iceland range of meat-free products? For our non-UK readers, Iceland is a supermarket, we’re not talking about the Country! We’ve slowly been working our way through them, after being pretty impressed with their initial release: the infamous “No Bull Burgers.”

We ended up trying the sausages and meatballs and found, disappointingly, that they’re quite obviously just the burgers in different shapes. Lazy product development at its finest, who wants their spaghetti and meatballs to taste like burger? Or their sausages with a fry-up? Would not recommend.

However, that did get us to thinking, what can we use the mince for, because we don’t want a burger Bolognese! Hence, cheeseburger pasta bake – we had to take that flavour and make use of it, and this is the end product. 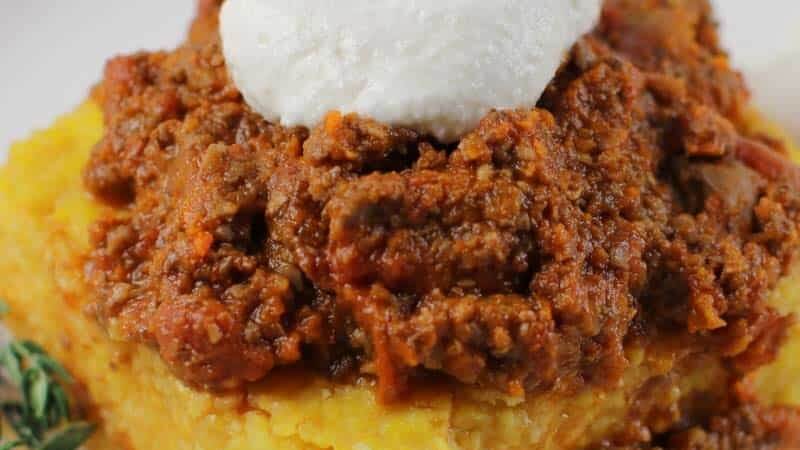 Love some carbs? Get some of our garlic bread involved as well!

This recipe was republished with permission from Vegan Punks.