Meaty Bristol-based fast-food chain Oowee has announced that all of its new locations will be vegan.

After closing its Picton Street branch in order to convert it to an Oowee Vebab — which will specialize in vegan kebabs and burgers — the chain now has only one location left with a meaty menu, on North Street. This spot also serves a vegan-friendly menu, including a 3 Piece Vegan Chicken Box and Vegan Shrimp Fries.

Oowee’s third location, which opened last year on Baldwin Street, is completely vegan. Due to its success, Oowee made the decision to only open vegan stores going forward.

“We decided to make this decision due to the massive demand for vegan food far outweighing the demand for meat within our company,” co-owner Verity Foss told LIVEKINDLY in an email. “When we opened our vegan store we had an overwhelming response and it was the best decision we ever made.”

“We love offering tasty vegan junk food,” she continued. “We can’t wait to see what the future holds for Oowee Vegan. It’s been a massive step for us to convert a meat store into a vegan store but it just feels right and we feel very honored to have been accepted into the community.” 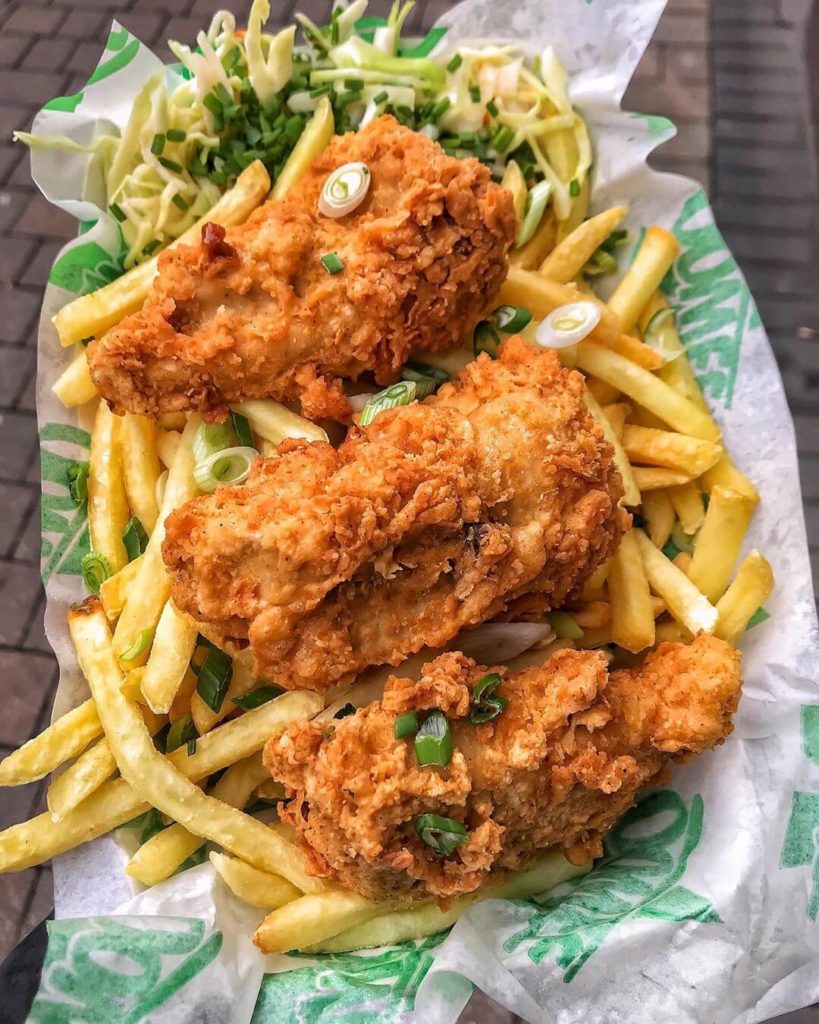 The Rise of Vegan Fast Food

As consumers learn more about the environmental, ethical, and health impact of animal-based foods, more and more are seeking out vegan food. And they’re not just stocking up on vegetables, many still want fast-food, but they want it animal-free.

Like Oowee, major fast-food chains have spotted this demand. Earlier this year, fried chicken giant KFC announced it was trialing the vegan chicken Imposter Burger in its UK stores. The trial was so successful, the vegan burger sold out in the first four days.

“We knew there were plenty of people who would want to get a taste of the Imposter, but we didn’t anticipate this phenomenal response,” said Victoria Robertson, KFC’s senior innovation leader. “We can’t wait to get the Imposter back out in restaurants so vegans can get their finger lickin’ fix.”