It features a double portion of Subway’s vegan patty, guacamole, lettuce, onion, peppers, tomato, and dairy-free garlic aioli in a tomato basil wrap. According to the Sun, the sandwich chain has changed its garlic sauce recipe forever. It used to be called garlic mayonnaise, but now the sauce excludes dairy and eggs and has been renamed as garlic aioli.

Diners can customize the new wrap by swapping out ingredients for their favorites. It can also be ordered as a sub instead of a wrap. 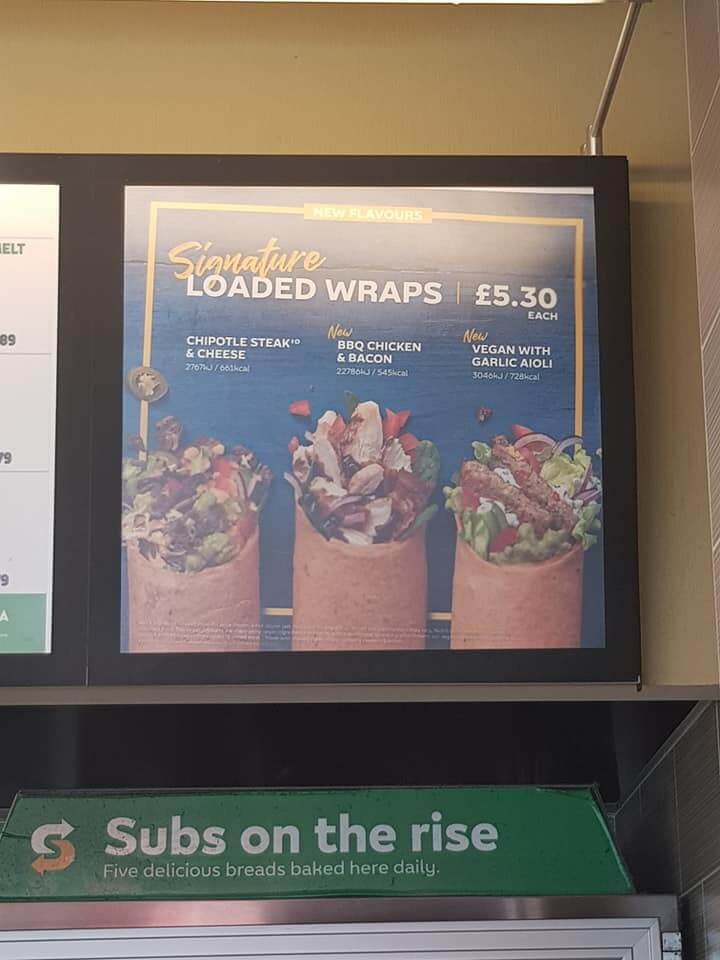 Subway began trialing the vegan version of its vegetarian patty – which included eggs and calcium caseinate, derived from milk – throughout the UK late last year. Subway fans commented that it tasted similar to the vegetarian version, suggesting that the vegan patty is also made with mushrooms, water chestnuts, carrots, capsicum, black olives, and textured vegetable protein.

Earlier this year, for the Netherlands’ National “Week Without Meat” initiative, known as Nationale Week Zonder Vlees, more than 200 Subway restaurants encouraged its customers to choose vegan ingredients in their sandwiches rather than animal products. The campaign urged people to go plant-based for the good of the planet, public health, and animal welfare.

Subway’s plant-based food isn’t limited to Europe. In July, it was reported that Australian and New Zealand locations of the sandwich chain would begin selling its first-ever all-vegan menu option: a vegan falafel sub. Speaking about the launch, Subway’s Director of Marketing Kate Brody said in a statement, “We know Australian palates and preferences have changed over time, and we’re excited to hear directly from our guests so we can end up with a great balance between the classic Subway favourites, and on-trend, innovative flavours.”