“I wanted to make sure that you can stand next to your buddy at the BBQ and proudly throw on some pea sausages,” says Timo Recker, the founder of German plant-based meat brand LikeMeat. The quote perfectly sums up what the brand is about. LikeMeat gives you all your favorite products, but without any animal ingredients whatsoever.

Recker is not quite what you would expect from the founder of a plant-based food brand. For a start, he comes from a meat industry background. He’s also a self-confessed meat-lover. So why decide to ditch it altogether and launch a meat-free company? Like many who decide to adopt a plant-based lifestyle, he had more than one reason.

In Germany, where Recker grew up, meat features heavily in traditional cuisine. When you think German food, you likely think along the lines of meatballs, schnitzel, and bratwurst, all processed meat products. This kind of meat, in particular, is linked with a higher risk of a number of chronic diseases, including heart disease and cancer.

Processed meat is not just common in Germany, but all around the world. Chicken nuggets, hot dogs, and burgers are available from virtually every single fast food joint in existence.

Recker knew there had to be a way to still enjoy the meaty foods he loved, but without the health issues. He was also acutely aware of the damage that the meat industry does to the planet.

Animal agriculture is responsible for up to 33 percent of all freshwater consumption in the world. Livestock takes up almost 80 percent of agricultural land. The meat and dairy industries emit 14.5 percent of the world’s greenhouse gases. This all spells an urgent need for change.

Recker didn’t want to participate in a broken food system any longer, but he also didn’t want to give up the taste and texture of meat. He was unable to find a brand that catered to his desires, so he created his own. LikeMeat was founded in 2013. The company provides traditional meat products, like schnitzel and smoked sausage, but it uses only plant-based ingredients, like soy and pea protein.

“I wanted to recreate all the things that I love,” he said. “Chicken, kebabs, sausages … in a healthy way and without losing any flavor or satisfaction.” He added: “for us, it’s not about creating a substitute. It’s about making amazing food.”

LikeMeat has grown considerably since 2013. Its products are on the shelves in 10 countries. But Recker knew that to keep growing and scaling, like-minded partners were necessary. He needed a partner that would provide the knowledge and resources to help LikeMeat reach its full potential, as a major player in the global plant-based industry. He found the LIVEKINDLY collective.

The newly launched LIVEKINDLY Collective is on a mission to transform the global food system. It understands that the way we currently produce food is placing too much strain on the planet and its natural resources. It knows there is an urgent need for a move to a more sustainable plant-based system, and there’s demand for it too. By 2027, it’s estimated that the plant-based meat market could be worth $35.4 billion.

The collective is leading the way in the alternative protein space. It’s the first and only company in the plant-based food sector to own and operate the entire value chain of production. It has partnerships with seed growers, producers, and distributors. It has also invested in infrastructure to transform traditional meat production facilities to plant-based product producers.

For Recker, The LIVEKINDLY Collective was just what he was looking for to help grow LikeMeat bigger than it already is.

“I’m absolutely convinced that the world needs great food which is good for people and for our planet,” he noted. “That is why it was more important for me that my conviction and values stay in the company and will be scaled globally for maximum impact. For me, the LIVEKINDLY Collective is like a family business, with many very capable and mission driven people.”

He continued: “This is the best environment to preserve the true core and idea of LikeMeat and bring our products to most of the plates in the world.”

LikeMeat is currently joined by two other plant-based meat brands under The LIVEKINDLY Collective: The Fry Family Food Co. and Oumph! For the former, it wasn’t an easy decision to make to join the LIVEKINDLY family.

Making the Leap: From Fry’s to LIVEKINDLY Collective

Founded by Wally and Debbie Fry in their kitchen back in 1991, The Fry Family Food Co. is a strong South African family-run plant-based meat brand.

Like Recker, Wally had an unlikely journey to becoming a plant-based entrepreneur. He started out as a meat-loving goat farmer, but that all changed when his daughter Tammy was born.

As soon as Tammy was old enough to understand the concept of where meat came from, she started to rally against using animals for food. She had the full support of her mom Debbie, a life-long vegetarian. Seeing things through the eyes of his daughter, Wally began to understand the planetary and ethical benefits of cutting out meat, so he did just that. Now, he helps others do the same.

Wally and Debbie’s kitchen experiments soon grew into The Fry Family Food Co. The company is a leader in the plant-based meat industry, with over 60 products on supermarket shelves around the world. The brand’s core family values have remained intact, with several family members still involved in the business, including Tammy and Hayley, two of the Fry daughters. 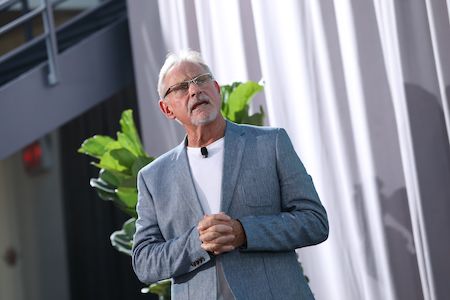 Fry’s legacy is understandably precious to Wally and his family. He needed a strong, like-minded partnership to ensure that the integrity of the brand remains, but also to help grow as a global force in the plant-based movement. With that in mind, the company decided it was the right move to join The LIVEKINDLY Collective.

“Fry’s was our legacy,” said Wally. “As a family, we needed to ensure that the future of the company, the brand, and our vision was in the hands of a like-minded partner. We understood that to remain a competitive industry leader, we had to find a global team that could help us bring ethical and clean plant-based eating to the world, at scale.”

He added: “It was essential to us that we shared the same ethos and vision as our new partners, and when we met the LIVEKINDLY Collective team, we knew we’d found exactly that. I can comfortably say that their vision is our vision continued.”

Like Wally, Swedish entrepreneur Anna-Kajsa Lidell also saw the potential in a collaboration with The LIVEKINDLY Collective.

Lidell is experienced in sustainable food production. She co-founded Food For Progress; a company that is driving real change in the food system in the Nordic region. It creates and produces plant-based brands, and it’s a big private label producer.

She also co-founded Oumph! with business partner Anders Wallerman; the brand–a lifestyle brand in the plant-based category with award winning products like Pulled Oumph!, Kebab, and The Oumph! Burger –is the newest addition to the LIVEKINDLY family.

Lidell, who describes herself as a “passionate, purpose-driven, frontline action-leader,” is on a mission to transition the food system to one that is resource efficient, mindful of land, soil and water use, and can sustainably feed the planet’s growing population. Currently, there are around 7.8 billion people in the world. In the next 30 years, that figure is predicted to grow by more than two billion. 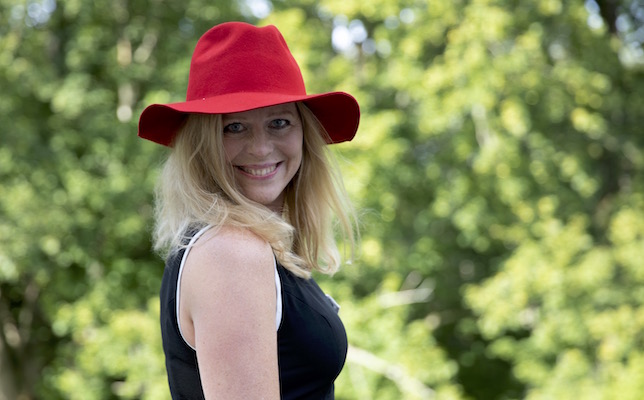 Like Fry’s and LikeMeat, Oumph! gives people another more sustainable choice, without having to give up the flavors and textures they love. Lidell believes that taste and quality is what consumers are really after. Giving people products that will keep them coming back for more is key.

“I see our brands as tools to drive change,” said Lidell. “Really attractive products combined with knowledge sharing and acting as an impact injector into strategically chosen forums as a key to a better world.”

She added: “Being a part of The LIVEKINDLY Collective will give the competence and the muscles to go global with both the Oumph! brand and the ambitions for creating a safe space for humanity.”

Oumph!, The Fry Family Food Co., and LikeMeat epitomize what the plant-based meat movement is about.

It’s not about taking food from the plate, but adding to it. It’s not about telling consumers to stop eating the foods they love, but giving them more sustainable options. It’s about providing more choices that look, cook, and taste the same as traditional meat, but don’t have any of the negative health and environmental consequences that come with consuming animal products.

But aside from the food itself, there’s another vital element to the plant-based movement. One of the key drivers behind the consumer shift in eating and buying habits is the spread of information. People are more aware than they have ever been about the impact that animal products have on the planet and our health, and that’s largely thanks to digital-first media focused on education.

Created to communicate informative, entertaining, and inspiring news and lifestyle content about veganism and the environment, lifestyle platform LIVEKINDLY (livekindly.com) is the fourth brand under The LIVEKINDLY Collective’s umbrella. And, of course, it’s the company from which the collective assumed its name.

More than three years ago, LIVEKINDLY began its life as a side hustle for founder and CEO Jodi Monelle. Despite having a full-time job, she poured every spare bit of energy into creating the platform. Why give up all that free time? The answer is simple: Because she cares.

In the words that have become the media platform’s slogan, Monelle cares deeply about “humanity, our home, and those who share it with us.” She wants to create a future that benefits all of us—from the smallest creature right up to the planet as a whole—and that means changing not only people’s minds, but their behaviors. An effective and informative article or video can make people stop and think about how they shop and what they consume. Because if you’re going to create change in 2020, it’s through the algorithms. 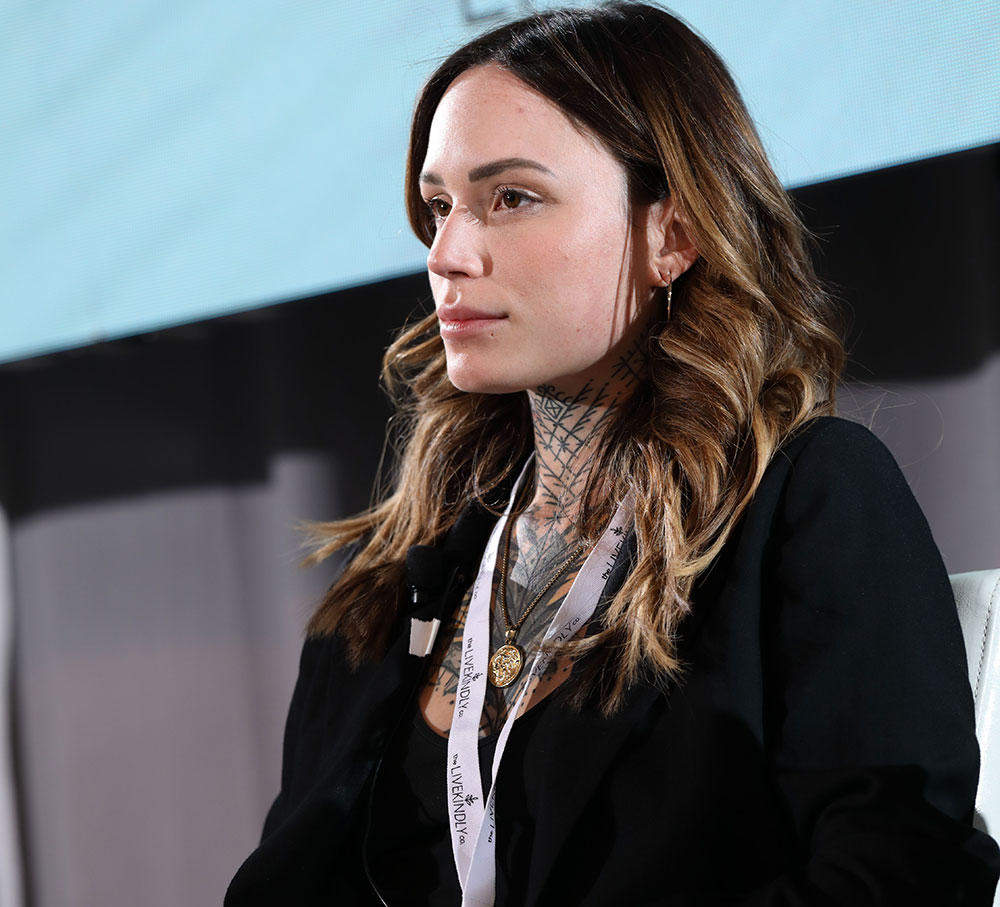 “[LIVEKINDLY] is about turning the whole vegan message on its head,” Monelle said at The LIVEKINDLY Collective’s launch event earlier this year. “And talking about how we can bring the mainstream together on this. It’s not about whether you’re vegan, or plant-based, or flexitarian, or a meat-eater, or whatever you label yourself as. It’s, let’s talk about this as something that everyone can be involved in. The only way that we can do it is with digital content, because nowadays, that’s where reach is.”

LIVEKINDLY has come a long way in a very short time. With an ever-expanding team that currently stands at 18 (and growing), LIVEKINDLY communicates its core messages daily, across 10 digital and social media platforms, to an audience of millions. All of whom are eager to learn more about how to live, well, more kindly.

Business Can Be a Force for Good

To make sure that Monelle, Recker, Wally, and Lidell continue to have a voice and visibility in staying true to the vision of their respective brands, the LIVEKINDLY Collective has created a Founders Board. Three times a year, the collective will meet with the founders to hear their feedback and suggestions for the future of the company.

Monelle, Recker, Fry, and Lidell are four examples of how with innovative thinking and a collaborative approach, consumer behavior and the food system can change. Business can be a force for good.