Okay, so Meghan Markle is a flexitarian, not a vegan — but that still matters.

On Monday, Markle’s interview with former First Lady Michelle Obama went live on British Vogue’s website — Her Royal Highness was the guest editor of the September issue. Many news outlets were quick to center the story on the following line written by the then-pregnant Duchess of Sussex: “So, over a casual lunch of chicken tacos and my ever-burgeoning bump, I asked Michelle if she would help me with this secret project.”

Headlines, to say the least, were a little sensational. “Meghan Markle Shock,” prefaced one. Another said that the Duchess of Sussex “finally broke her silence” on her diet. It’s as if they caught HRH in an embarrassing predicament when, in fact, she never said that she follows a completely plant-based diet.

In a 2016 interview with Best Health, Markle said, “I try to eat vegan during the week and then have a little bit more flexibility with what I dig into on the weekends. But at the same time, it’s all about balance.” Key words: “try” and “flexibility.” For all intents and purposes, it’s probably safe to say that she’s flexitarian.

People across the world are interested in everything Markle does, whether it’s how she and Prince Harry unfollowed everyone on Instagram or how her guilty pleasure is watching “The Real Housewives of Beverly Hills.” Markle makes headlines daily and it only speaks to her status as a public figure. Even Beyoncé loves her. When the “Lemonade” singer — who has been candid about her own flexitarian lifestyle — accepted her BRIT Award earlier this year, she did so in front of a portrait of the Duchess of Sussex.

What Is a Flexitarian?

Flexitarianism has had a huge impact on the vegan food market. Plant-based food is no longer the niche category that once took up barely any space in grocery stores. More consumers are interested in cutting back on animal products for their health and the environment, and the star power behind people like Markle and Beyoncé draws attention to the lifestyle, makes it look desirable, and ultimately, makes eating plants mainstream.

Markle’s flexitarian lifestyle seems to have a positive influence on the people closest to her. She’s teaching Prince Harry how to cook more plant-based meals (using vegetables from their garden at Frogmore Cottage). The non-toxic, vegan, gender-neutral paint she chose for Archie’s nursery was another point of interest. A “royal insider” spun a rumor that Markle planned to feed the royal baby a vegan diet — but in light of recent revelations, he’ll probably be flexitarian for now.

Markle and Prince Harry recently urged fans to follow 16-year-old vegan climate activist Greta Thunberg on social media. Harry is also a friend and admirer of famed primatologist and vegan Jane Goodall. Who knows, maybe both of them will be Archie’s heroes.

So Markle’s not vegan — so what? The majority of us weren’t raised that way. She and Prince Harry seem to have a shared passion for eating healthy and treating the planet right. This might influence others to eat more animal-free food which, let’s be honest, can only be a positive thing. 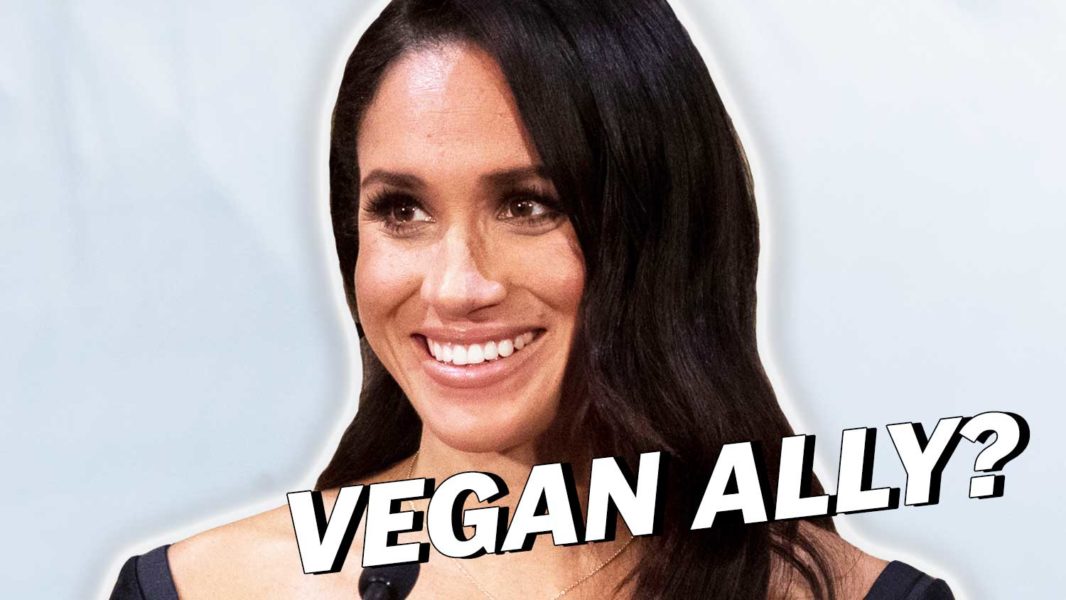