This month, a report was released that named Australia as the proud owner of the third fastest growing vegan market in the whole world. So, it is no surprise that the animals right campaign, Be Fair Be Vegan, has chosen Melbourne as the next on their list to host their advertisements. It looks set to be one of the biggest animal rights initiatives yet and is likely to be viewed by over 2.5 million members of the public.

The campaign is proudly brazen and direct, by displaying hard hitting images and slogans in major cities it makes its message virtually impossible for citizens to ignore. Writing on their site, the team behind Be Fair Be Vegan says, ‘the Be Fair Be Vegan campaign aims at introducing viewers to the faces and feelings of the animals we use for food, clothing, research and entertainment and invites passers-by to consider the circumstances of the victims of the animal industry.’ 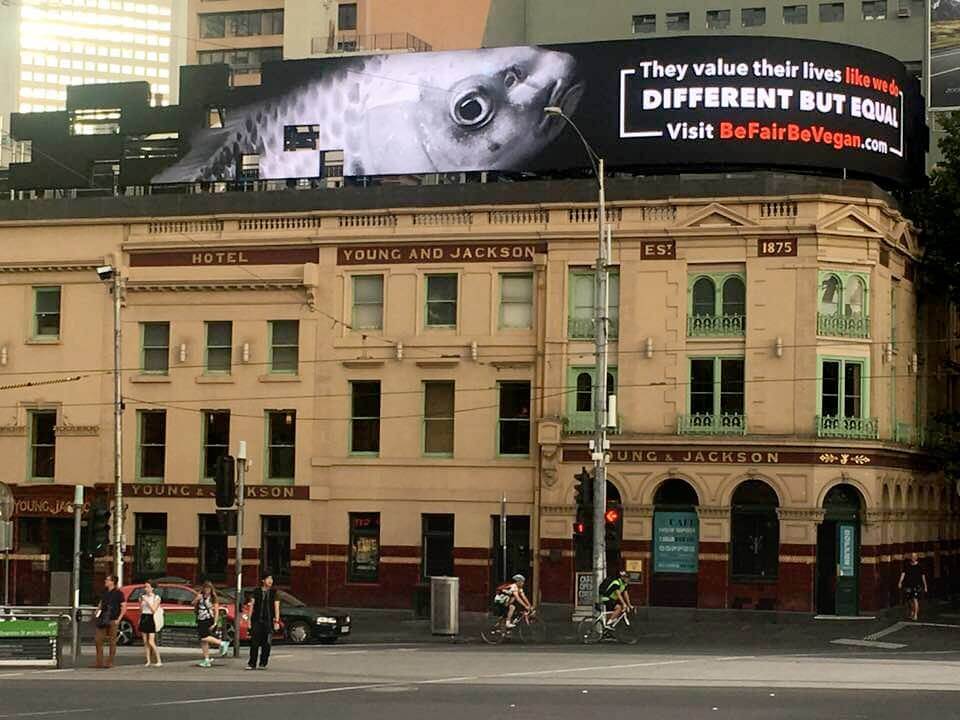 Melbourne is the perfect choice for the campaign, they already host a monthly vegan market, showing that many residents in the city are already switched on to the idea of veganism. These ads may well be the final push for those on the fence.

One resident, Patty Mark, said of the new ads, ‘it is time these animals were seen in a new light, as sentient beings deserving of our consideration and protection. I hope these ads will help to change the way we perceive our responsibility as supporters of this abysmal industry.’