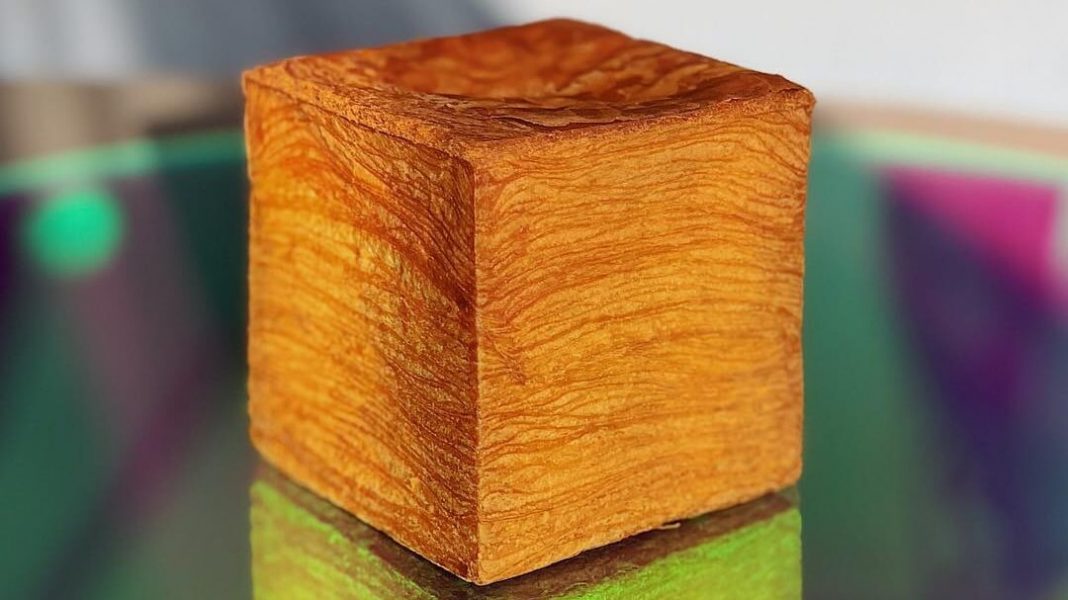 True to its name, new vegan bakery “Weirdoughs,” based in Melbourne, is serving croissants in the form of dense 3D cubes.

Founded by the same team responsible for vegan fast food chain Lord of the Fries – Amanda Walker and Sam and Mark Koronczyk – alongside the founders of Matcha Mylkbar and Mark + Vinny’s eatery, the unique bakery consists of “a new breed of weirdoughs.”

Its staple Cube Croissant was introduced via an Instagram video, which featured dramatic, galactic music and the words “2018: A Plant Baked Oddity.”

The idea is similar to that of a Seoul bakery, which has also produced a cubed croissant. A photo of the baked good was recently featured on the food-themed Instagram account “Carb Your Enthusiasm.”

Earlier this year, a nationwide study by a leading market research company found that over two million Aussies are either vegan or vegetarian. Documenting dietary patterns over four years, the report confirmed a general shift in favor of plant-based food products.

Melbourne, the home of Weirdoughs, has seen particular interest in plant-based living this year, launching a monthly vegan mini market, and hosting one of the biggest animal rights pro-vegan campaigns ever.

Australian consumers are not the only ones seeking out unique plant-based baked goods.

In Glasgow, a vegan eatery inspired by the ’90s grunge band Nirvana offers donuts in flavors from Funfetti to Strawberry Cheesecake. They are so popular that the company recently launched a doughnut delivery service, enabling Glaswegians to get the vegan bakes delivered right to their doors.

A goth-themed vegan pastry shop named Dark Hall Coffee also opened earlier this year in Phoenix, Arizona, welcoming consumers to the dark side with its plant-based cinnamon rolls, macarons, and other pastry delights.

Consumers can get their hands on Weirdough’s Cube Croissants at 241 Flinders Lane, Melbourne, where they are invited to “come and get weird with us.”