The lab-grown meat is made by San Leandro-based brand Memphis Meats. The Bill Gates-backed company unveiled its slaughter-free poultry in March 2017 and has been working to make the process more affordable and scale-able with the help of gene-editing technology known as Crispr, Business Insider reports. It published patents for methods for creating lab-grown chicken and duck last January.

“As a company focused on research and development, we are exploring a number of innovative techniques that will allow us to make our products better for the environment and public health, as well as more affordable and scale-able,” a spokesperson told Business Insider.

Memphis Meats’ products are unlike any vegan meat currently on the market because it is technically “real” meat. It is not made from vital wheat gluten or vegetables. This clean meat is grown via cellular agriculture —  from a sample of animal cells that eventually mature into real animal muscle. No animals are harmed to obtain this sample. 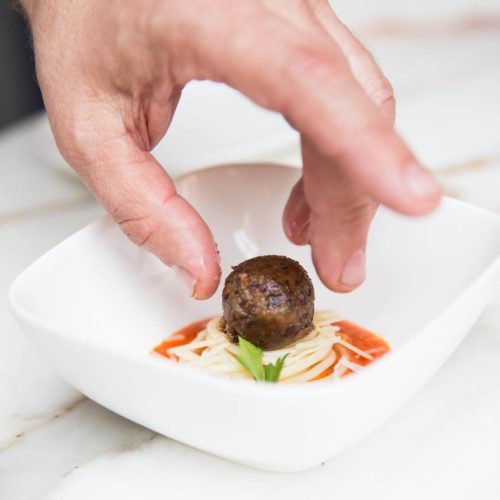 According to the company, this scientific method of creating real meat produces ninety-percent fewer greenhouse emissions than raising live animals. There is no need to grow crops to feed billions of animals, it severely cuts down on transportation, it eliminates animal suffering, and it avoids adding hormones into consumer’s food.

Clean meat products have been in development for years, as multiple start-ups work to scale the production and cut the cost for the consumer market. The first clean meat burger was produced in 2013 and cost $330,000. However, significant work has been done in the past five years to reduce the cost and expand the selection of meat options. Many companies have focused on beef as their inaugural clean meat product, but clean poultry may make the most impact.

Uma Valeti, Memphis Meats CEO, explained, “Chicken and duck are at the center of the table in so many cultures around the world. ” Americans alone consume an average of ninety pounds of chicken per year. It is the most popular form of animal-based protein in the States. In China, duck is the consumer protein of choice; the country collectively eats six billion pounds per year. Valeti exclaimed, “It is thrilling to introduce the first chicken and duck that didn’t require raising animals. This is a historic moment for the clean meat movement.” 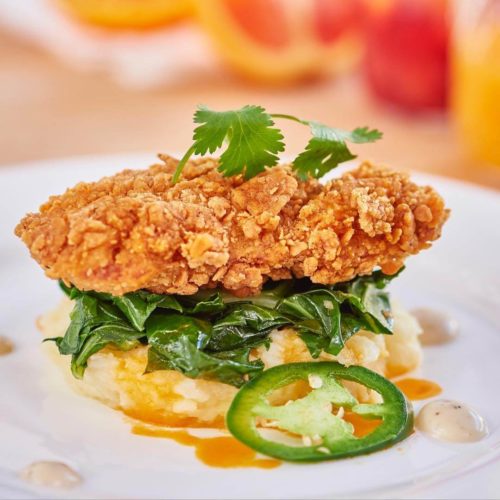 Clean poultry is already a reality, though not quite ready for the market. Memphis Meats premiered the products at a private tasting sponsored by the Good Food Institute. The exclusive attendees were treated to Duck L’Orange and fried chicken. Earlier this year, an English journalist had a taste of a clean chicken nugget made by vegan egg and mayo maker, JUST.

SuperMeat, a Tel-Aviv-based biotech and food-tech startup, is also working on clean poultry and promises to bring it to the market in “the very near future.” The Netherlands’ Mosa Meats plans to introduce clean hamburgers to high-end restaurants in the next one to two years.