A new study has indicated that a diet rich in soy protein may help protect against the negative effects of menopause on bone and metabolic health. The study, conducted by researchers at the University of Missouri-Columbia, also suggested that soy may improve bone strength for pre-menopausal cisgendered women.

“The findings suggest that all women might see improved bone strength by adding some soy-based whole foods, such as tofu and soy milk, to their diet,” said Pamela Hinton, professor of nutrition and exercise physiology. “We also believe that soy-based diets can improve metabolic function for postmenopausal women.”

“[U]nderstanding how dietary protein sources, such as soy, can impact metabolism and bone health in these rats can help us better understand how such diets might impact women’s health across the lifespan,” said Victoria Vieira-Potter, study co-author and associate professor of nutrition and exercise physiology. 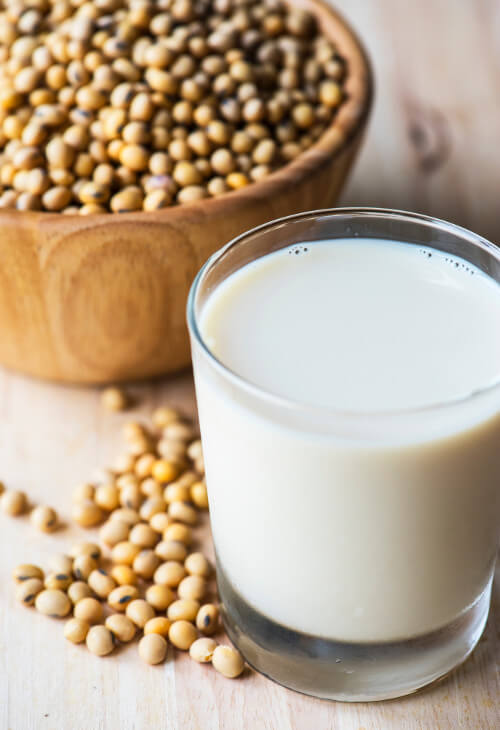 In order to draw the conclusion, the study used rats that were selectively bred to have low fitness levels. Rats were then divided into groups of those with and without ovaries. The animals were then fed a soy-based diet. Following the trial, the study authors compared the impact of a soy diet on the rats’ bone strength and metabolic function with rats that had been fed a corn-based diet.

“Bottom line, this study showed that women might improve bone strength by adding some soy-based whole foods to their diet,” Hinton said. “Our findings suggest that women don’t even need to eat as much soy as is found in typical Asian diets, but adding some tofu or other soy, for example, foods found in vegetarian diets, could help strengthen bones.”

Vieira-Potter noted that, based on prior research, rats are a good model for health studies regarding American women, particularly post-menopausal women. However, Wageningen University & Research, a Dutch organization that centers its research around food and food production, living environment, and health and lifestyle, states that animals are not necessary in food research. Instead, it suggests cruelty-free technological innovations such as computer models, the “human-on-a-chip” method, or human volunteers.

Additionally, the Physician’s Committee for Responsible Medicine (PCRM) states that rats are sentient creatures that may experience fear and pain when tested upon. The organization also notes that rats have been known to exhibit empathy towards other animals in suffering.