Mercedes-Benz could ditch all leather thanks to Lewis Hamilton.

The vegan Formula One driver has said that he will speak to his Mercedes team about making cars with animal-free interiors. He added that he wants to aim for more sustainability, in general, in Formula One.

“I am trying to push for sustainability with my team,” Hamilton told Options, a Malaysian lifestyle publication. “I am trying to get more involved in Formula 1 and be more conscious.”

“Mercedes-Benz is a huge organisation,” Hamilton continued. “I have got a phone call with the CEO later today to discuss how we can work on getting rid of all the leather supplied to the cars. That is something I want to be involved in.”

Formula One has a significant carbon footprint, which contributes to climate change. But Hamilton has pledged to go carbon neutral by the end of the year. He has also committed to flying less.

The athlete is an outspoken vegan advocate and regularly broaches subjects such as animal rights and environmentalism on social media.

In 2018, Hamilton co-produced the vegan documentary “The Game Changers.” The film explores the myth that animal protein is necessary for high-performance athletes; something that Hamilton has spoken about from his own experience.

Hamilton says that making positive changes to Formula One are important. He told Options: “I want to be part of a system that is going to help heal the world and do something positive for the future.” 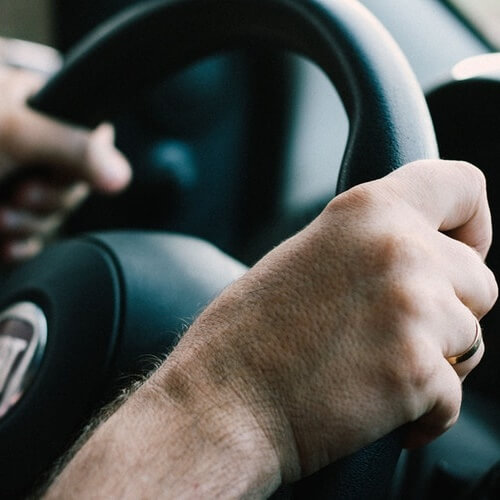 Vegan-friendly car interiors are a trending topic for 2020.

Hamilton isn’t alone in his pursuit of vegan car options. Consumer demand for vegan car interiors is growing and many car companies have already moved toward more sustainable vehicles. Tesla’s Model Y and Model 3 electric cars are both set to be fully vegan by 2020, and Volvo’s new electric “Polestar 2” is 100 percent vegan.

Even Teslaratti — Tesla’s own news and reviews site — has praised Volvo’s Polestar 2. The publication adds that when automotive companies support each other’s electric vehicles they can help transform the market.

Earlier this year, Nissan revealed a potential future design for an electric car and featuring a vegan leather interior. Other brands working with vegan materials include Ford, Honda, Jaguar, Porsche, and even Bentley.