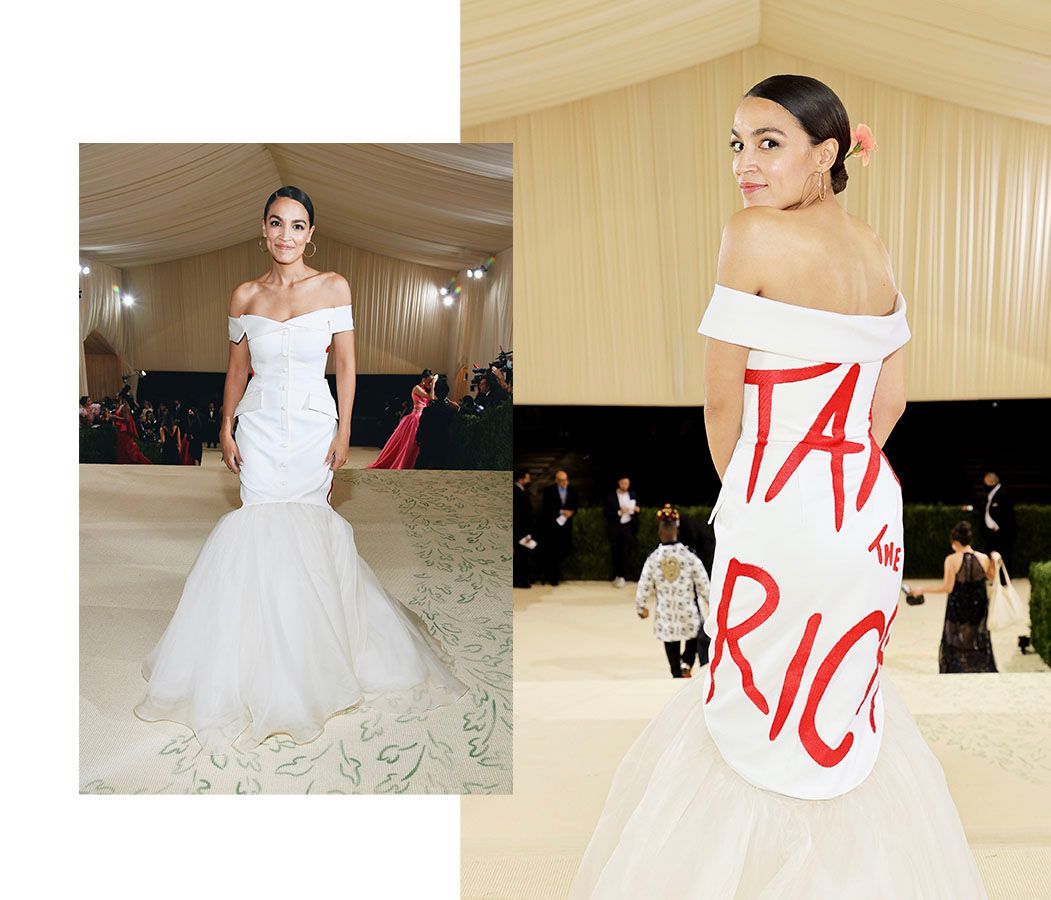 In her first-ever Met Gala appearance, Alexandria Ocasio-Cortez, of course, got political. Her “Tax the Rich” gown was from Brother Vellies, a Brooklyn-based brand that creates sustainable handcrafted garments with artisans all over the world. 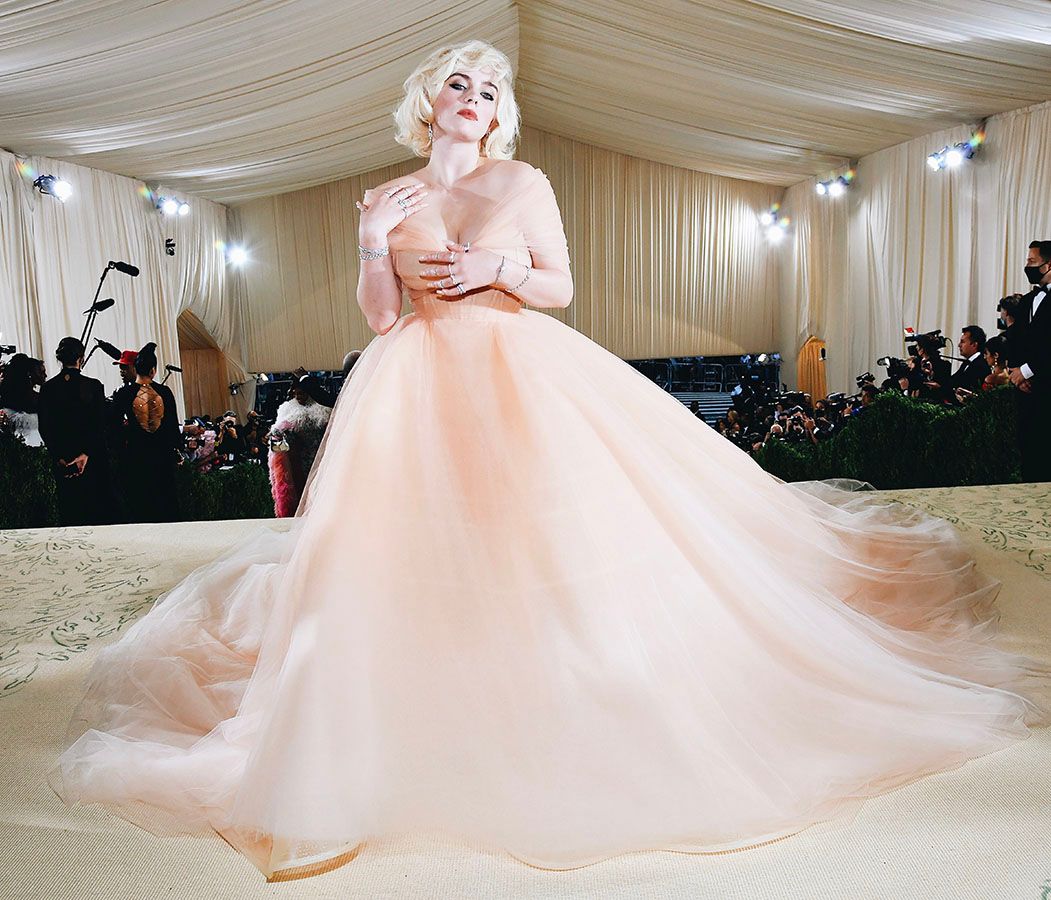 Billie Eilish wore this Oscar de la Renta gown on the condition that the brand stops using fur in its designs. The changemaker already has a long history of promoting sustainability: from her vegan diet to her stance against mink eyelashes. 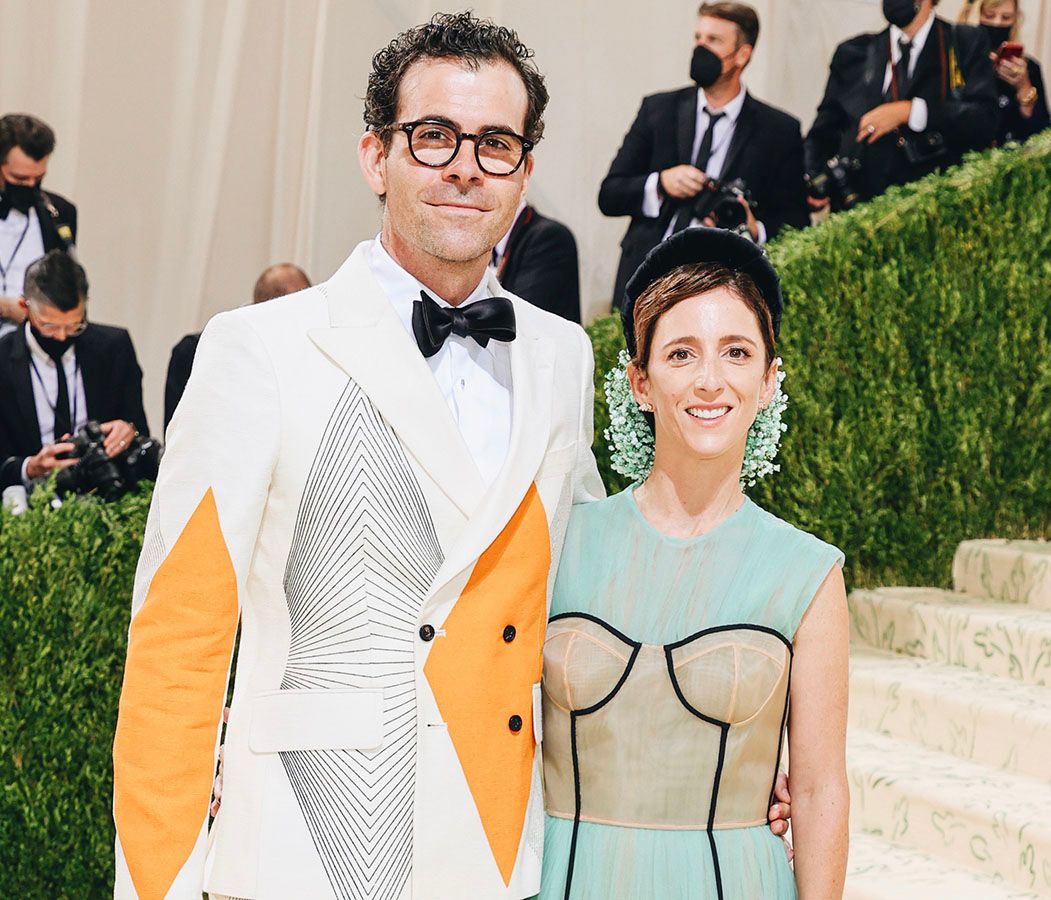 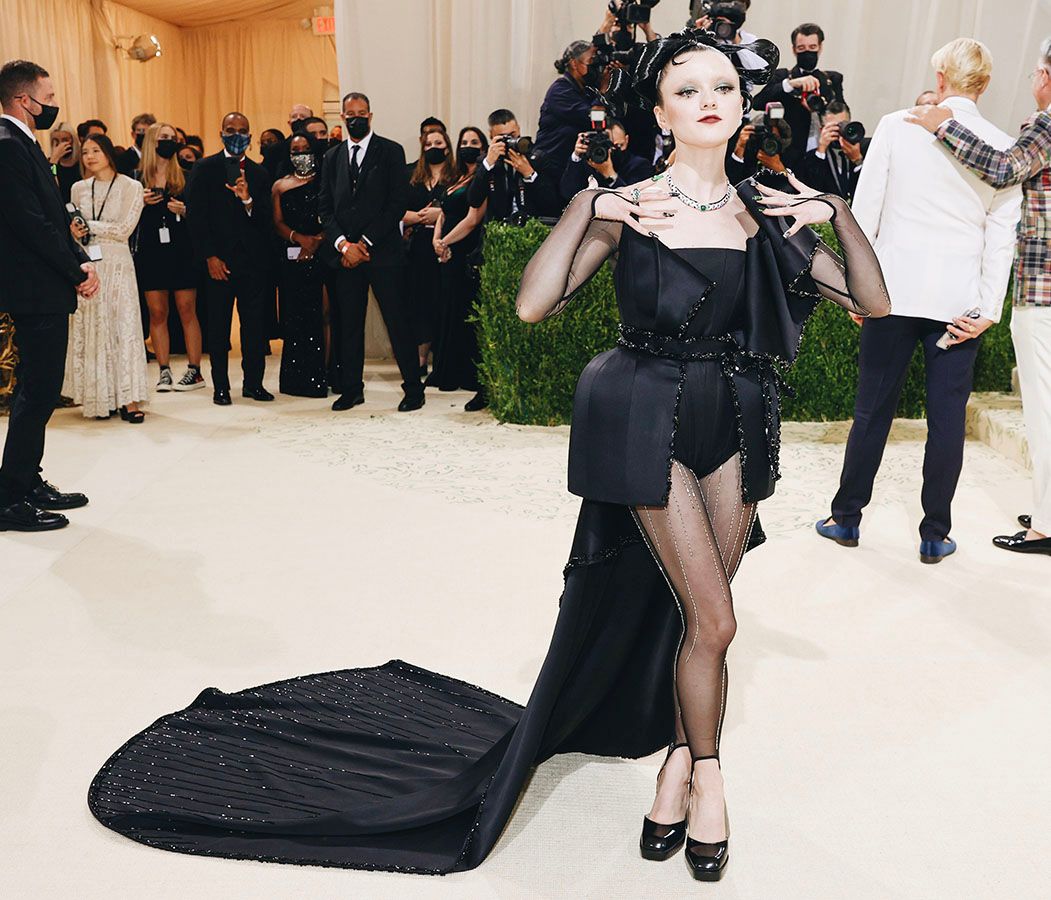 Maisie Williams wore a Matrix-inspired bodysuit and train combination designed by her boyfriend Reuben Selby. His independent label used Infinited Fiber – materials created from cellulose-rich waste – to create its debut collection. Williams is also a vegan and is a Sustainability Ambassador for H&M. 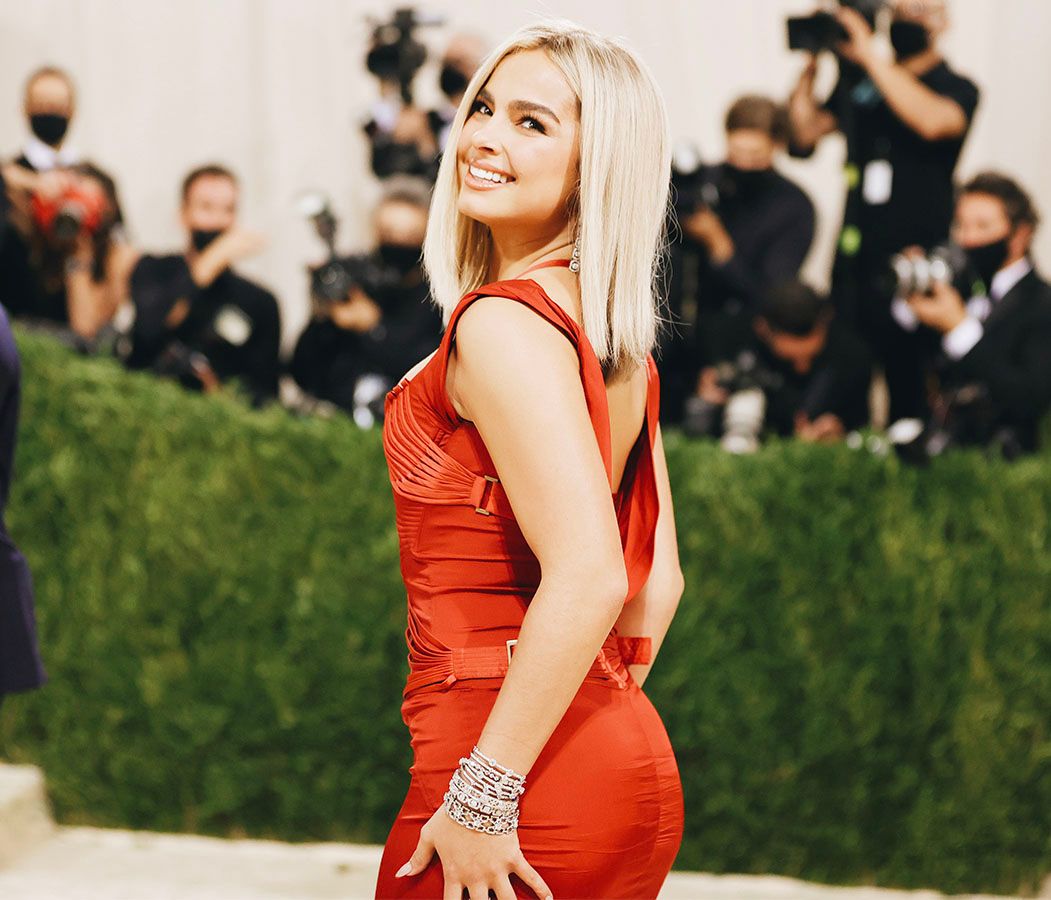 Addison Rae wore a vintage (2003) red corseted gown by Tom Ford for Gucci. She drew inspiration from Britney Spears’ crimson gown from the Grammy’s back in 2002, showing the power of repurposing iconic looks. 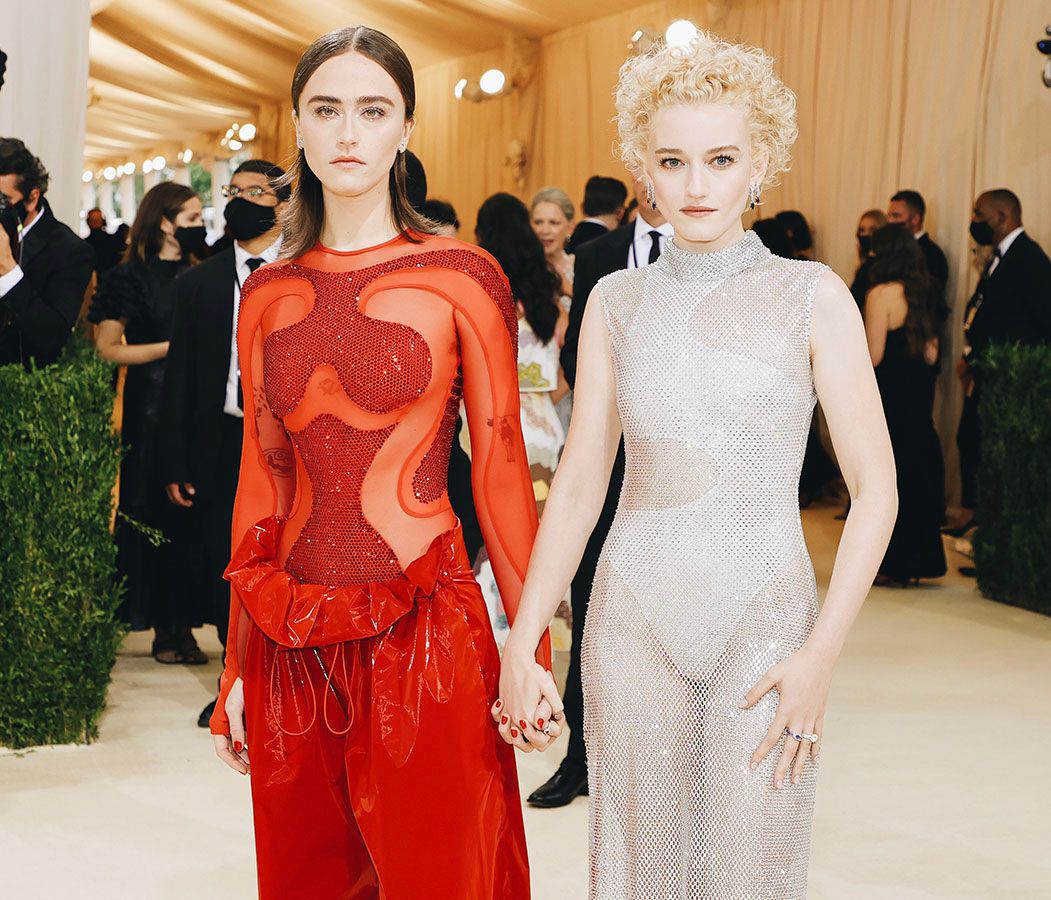 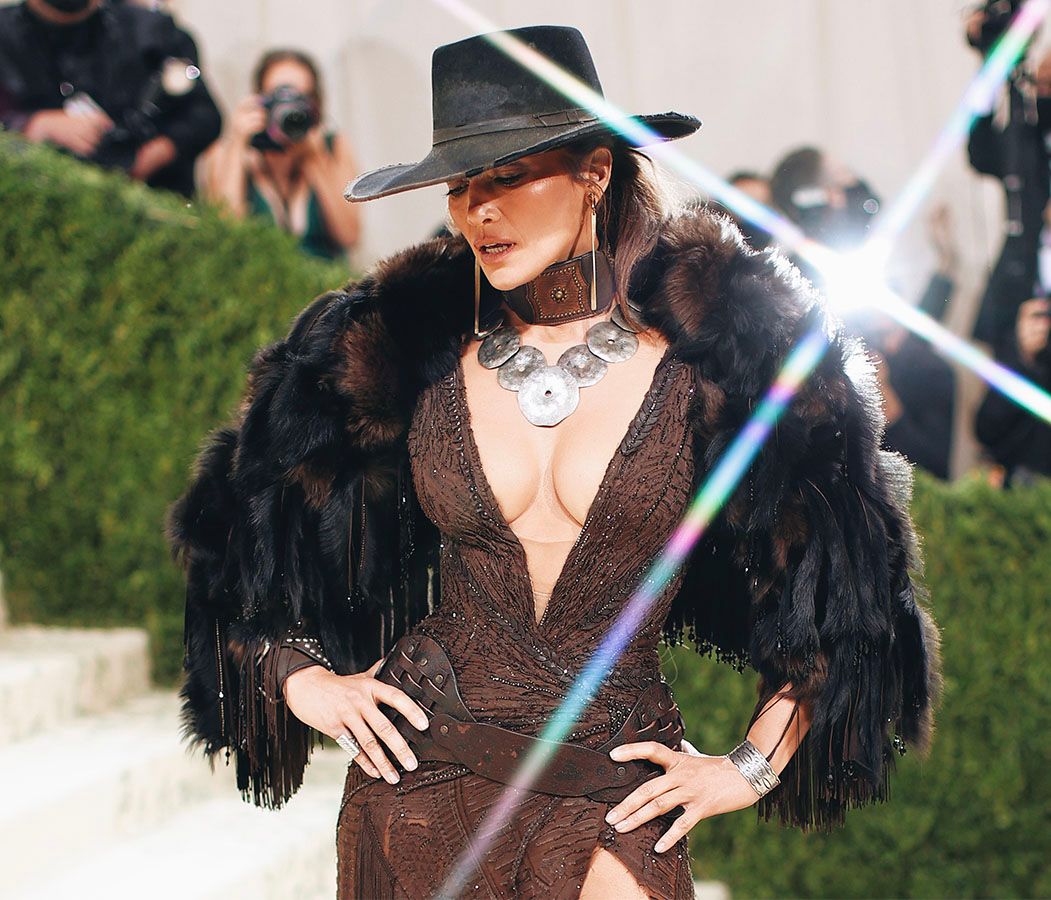 Jennifer Lopez proved that there really is no need for fur in today’s fashion landscape. The singer wore a Ralph Lauren faux fur bolero jacket, which she paired with rodeo-inspired accessories, including a cowboy hat and two statement necklaces. It is not confirmed if the bolero feathers are faux. 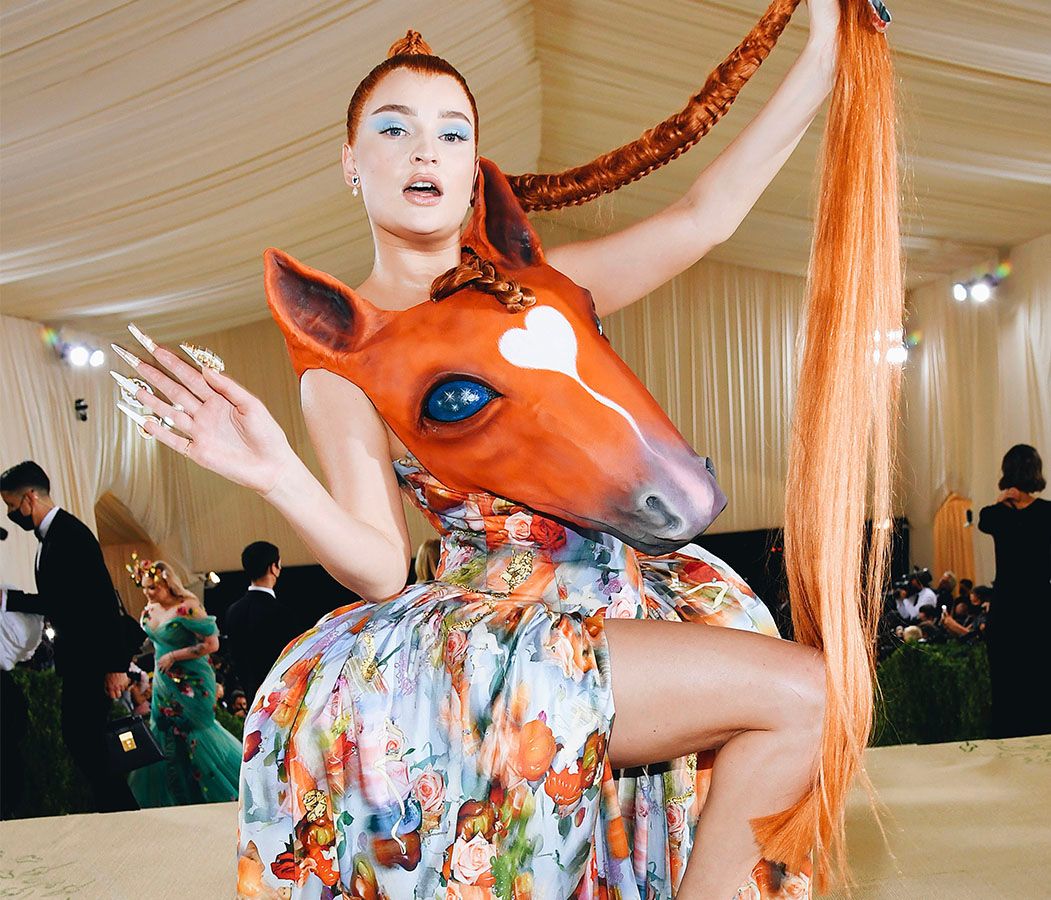 Kim Petras debuted one of the campest looks of the night with this ‘Horse girl’ outfit designed by Collina Strada. The brand describes itself as a “platform for climate awareness” and is known for using repurposed materials. 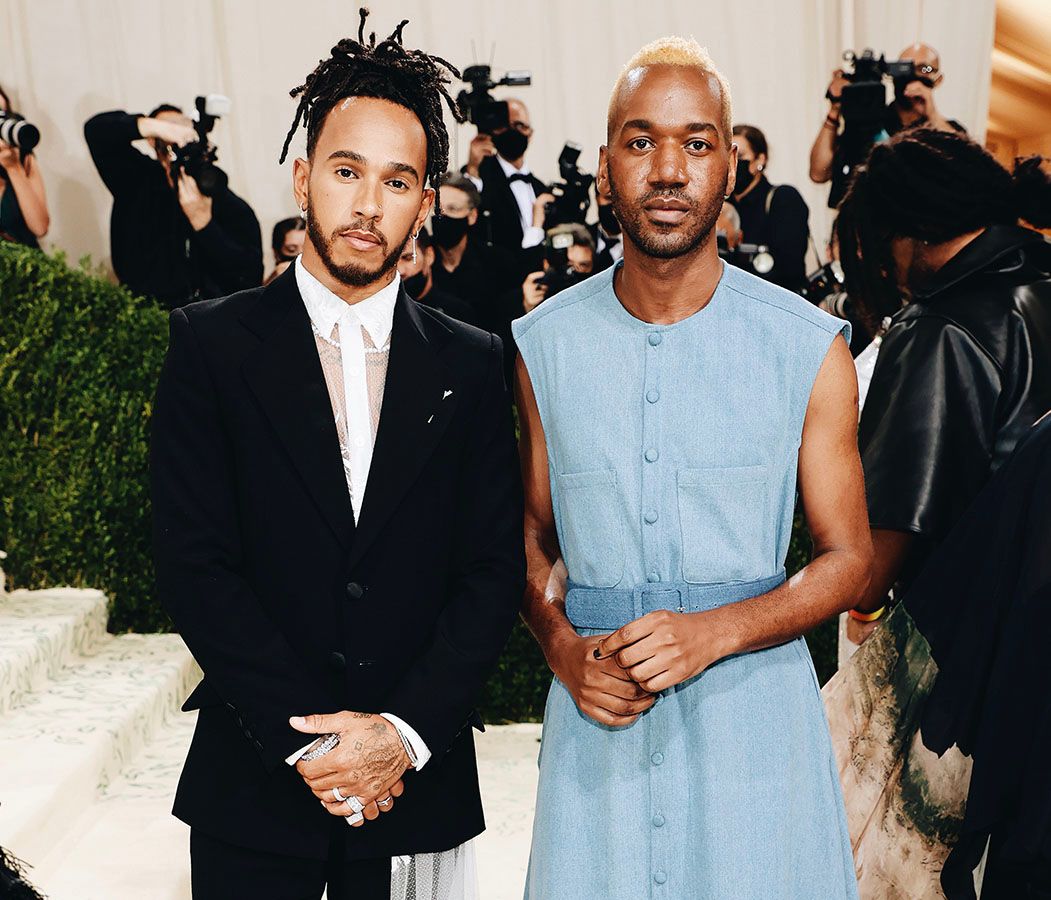 Lewis Hamilton wore a custom suit, designed by Kenneth Nicholson, who added a lace calf-length shirt to the ensemble. The designer recently partnered with Depop to release a collection made entirely from deadstock materials. 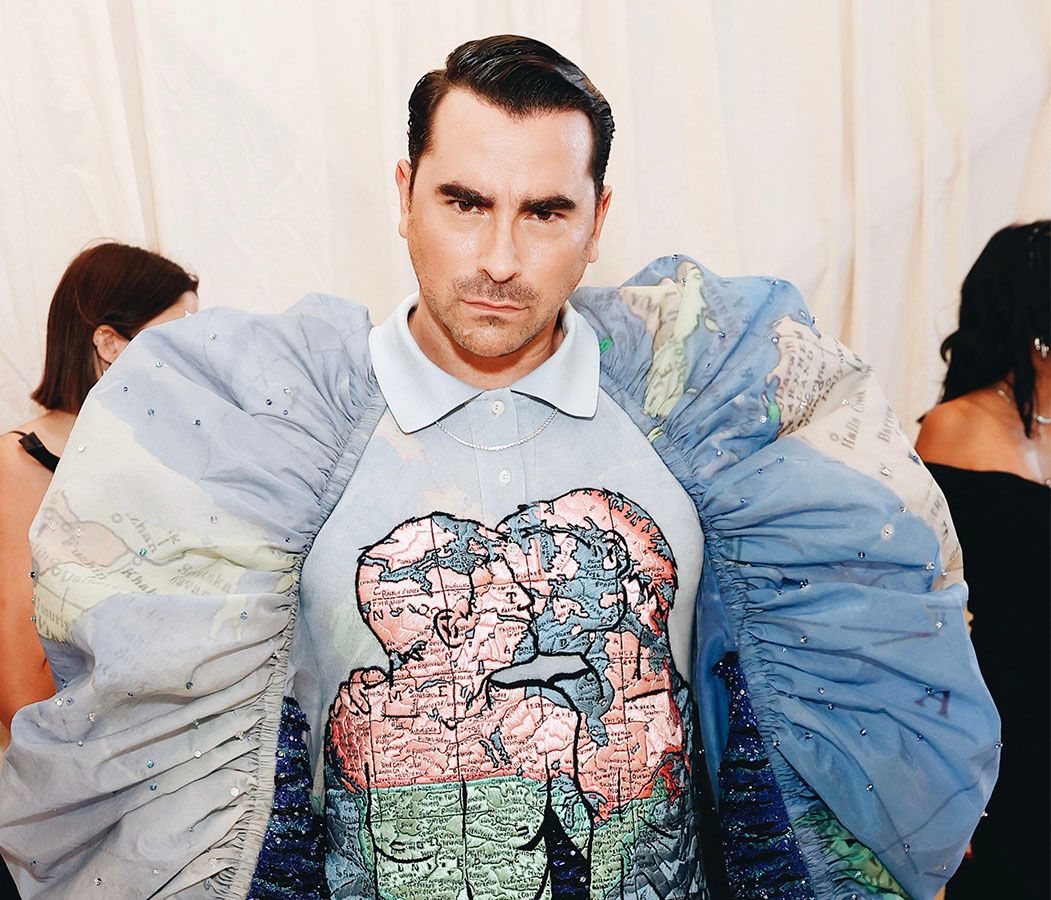 Daniel Levy’s outfit was a maximalist’s paradise, featuring a patchwork portrait of a queer couple, designed by JW Anderson of Loewe. The brand has recently reduced its overall carbon emissions by 20%. The powerful look also drew inspiration from AIDS activist David Wojnarowicz, whose work confronted the oppression of gay men in America. 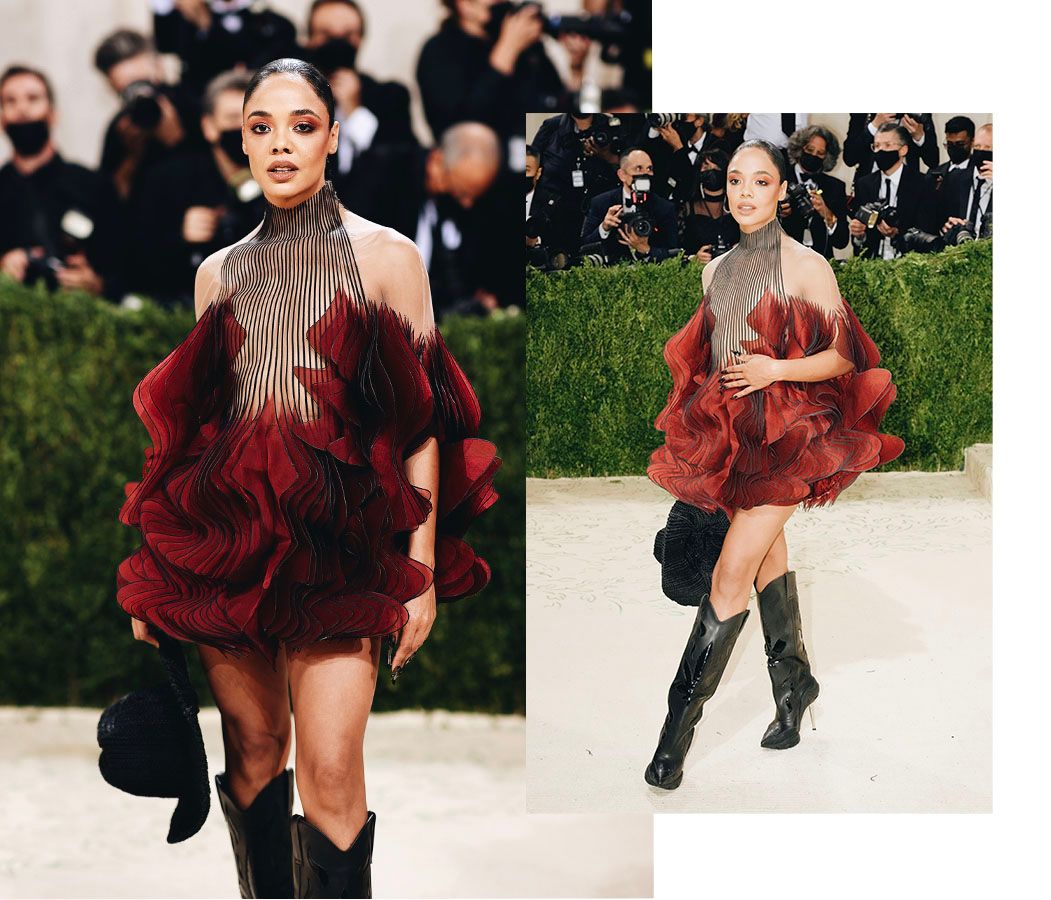 Tessa Thompson paired her Iris van Herpen dress with a pair of vegan Rombaut cowboy boots. The brand uses a wide range of sustainable materials in its collections, including cactus leather and regenerated nylon.

The Met Gala 2021 lived up to its reputation as the biggest night out in fashion – and then some.  A suitably spectacular way to close New York Fashion Week,  the Met Gala (full name: the Metropolitan Museum of Art’s Costume Institute Gala) also delivered several sustainability talking points: from its entirely plant-based menu to the cruelty-free fashion choices. Billie Eilish, for example, wore her stunning Oscar de la Renta gown on the condition that the brand terminates all sales of fur (the luxury fashion brand confirmed the ban last month). Addison Rae opted for vintage, and renowned sustainability advocate Stella McCartney featured in more than one 2021 red carpet look.

After being postponed in 2020, the Met Gala returned with an all-new theme in celebration of American fashion and its first-ever two-part exhibition. The first part, titled In America: A Lexicon of Fashion, opened last night. The second, In America: An Anthology of Fashion, will open on May 5, 2022. As Vogue editor-in-chief Anna Wintour — who has chaired the prestigious event since 1996 — noted during her interview on the Met Gala carpet with host Keke Palmer, the exhibition looks towards “the future of American fashion.” And that future depends on the fashion industry becoming more sustainable.

Andrew Bolton, the curator for the Costume Institute, reiterated the importance of sustainability within American fashion earlier this year. He told Vogue: “I really do believe that American fashion is undergoing a renaissance [..] young designers, in particular, are at the vanguard of discussions about diversity and inclusion, as well as sustainability and transparency.”

Although there is much more work that needs to be done to transform these discussions into meaningful change, star-studded events like the Met Gala have the potential to set new, sustainable standards for brands in the fashion industry.

Oscar De La Renta was responsible for creating some of the stand-out designs from the night: from Wintour’s ruffled floral gown to Eilish’s ‘Holiday Barbie’/Marilyn Monroe-inspired gown, which featured a 15-foot train and flowing layers of peach tulle. But the singer nearly didn’t work with the brand at all.

Although the co-creative directors of Oscar de la Renta, Laura Kim and Fernando Garcia, stopped using fur in their designs a long time ago, the brand continued to sell fur in its stores. According to The New York Times, the turning point came when Eilish’s team informed Garcia that the pop sensation doesn’t work with brands that use fur. Her stance reminded the designer of the importance of listening to other perspectives. He said: “I have to surround myself with people with different points of view.”

Eilish confirmed the news in an Instagram post, thanking Oscar de la Renta for designing the gown and bringing her “ideas and vision to life.”

She added: “It was an honor to wear this dress knowing that going forward Oscar De La Renta will be completely fur-free!!!!” Eilish continued: “I’m honored to have been a catalyst and to have been heard on this matter. I urge all designers to do the same.”