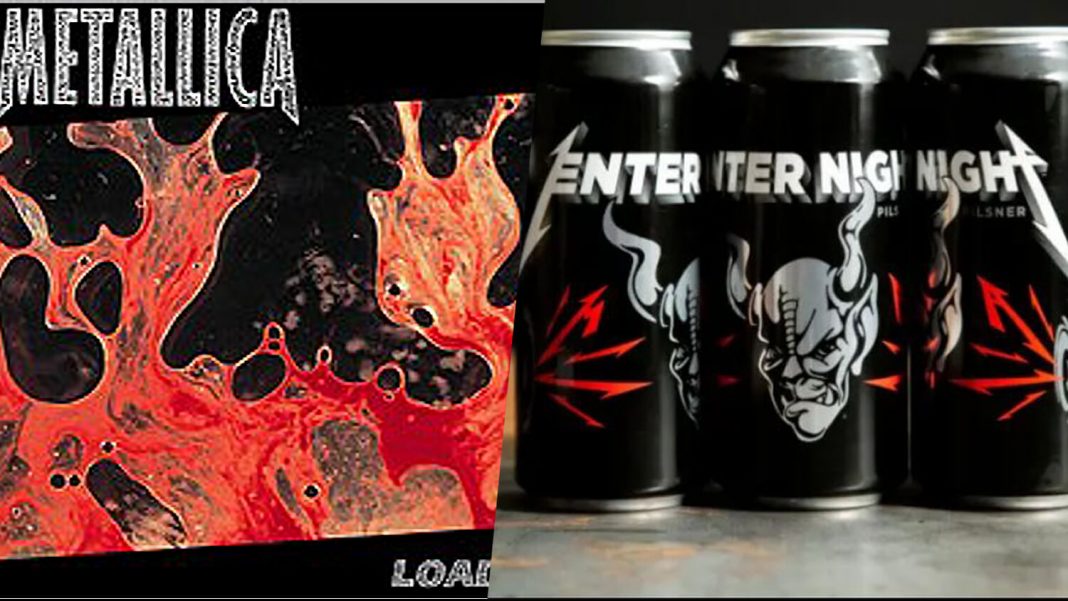 After launching its own whiskey, Metallica set its sights on vegan beer. The heavy metal band teamed up with Arrogant Consortia, an imprint of Stone Brewing, to launch the “Enter Night” pilsner.

The beer is described by Arrogant Consortia as having “overtones of aggression,” which is apparently a heavy metal way of saying that it has a hoppy flavor with a bitter finish and a 5.7 ABV. Beer Advocate reviewers say that it tastes less like a traditional German pilsner and more like an IPA, with citrus-y overtones upon first sip and a grassy finish.

“This collaboration is beyond effortless and pure, and we can’t wait to share this incredible beverage with everyone out there,” Metallica drummer Lars Ulrich said in a press release. The band and the brewery worked closely together to make the vegan beer, including backstage at concerts.

A hoppy pilsner… played through a distortion pedal. #EnterNightPilsner, our collaboration with @Metallica is available now. Link in bio.

Not all beer is vegan – some brands rely on animal products like milk, egg whites, or isinglass – the dried bladder of fish – in the filtration process, known as fining. Guinness famously went vegan by removing the ingredient from its signature stout in 2017.

Other ingredients to look out for include dairy in milk stout; Denver’s Alteration Brewing Company proved that it could be made vegan by releasing an almond milk stout last year.

Millennial consumers are among the primary demographics driving the demand for vegan beer, according to a GlobalData report released last May.

“The fact that major brewers like Guinness have committed to 100 percent vegan-friendly beverages in recent years also suggests this trend will expand hugely in the future,” GlobalData global analyst Aleksandrina Yotova said at the time.

The Enter Night pilsner is rolling out across the US in six-packs and is set to launch internationally in spring.