The Mexican Senate has passed a bill banning animal testing for cosmetics.

It also prohibits the manufacture, marketing, or import of cosmetics that were tested on animals outside of the country. The bill was unanimously endorsed by Mexico’s Senate Health Committee and the full Senate.

It was supported by global animal protection nonprofit Humane Society International (HSI) and Te Protejo—a Latin American organization that promotes the use of products not tested on animals.

“This brings us one step closer to ending unnecessary animal cruelty in the cosmetics industry, and demonstrates Mexico’s leadership within the Americas,” Anton Aguilar, executive director of HSI/Mexico, said in a statement.

The Be Cruelty-Free campaign, led by HSI, is one of the largest efforts working to outlaw cosmetic animal testing around the world.

“We commend Senators Ricardo Monreal, Jesusa Rodríguez and Verónica Delgadillo for sponsoring this bill, and we congratulate the Health Committee and all Senators for supporting our #BeCrueltyFree campaign and voting in favor,” Aguilar said.

The bill now advances to Mexico’s Chamber of Deputies. If passed, the bill will make Mexico the first country in North America to outlaw cosmetic animal testing. 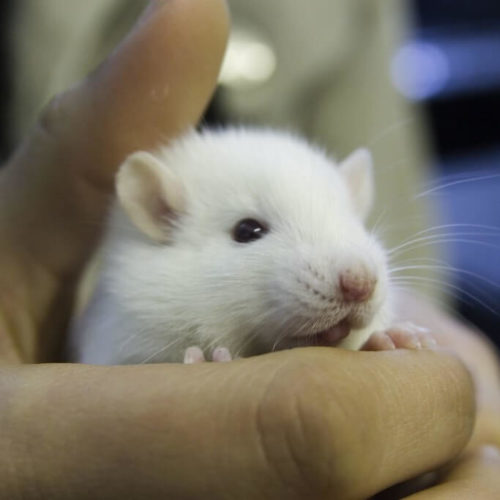 The Truth Behind Animal-Tested Cosmetics

Countless animals suffer and die each year as a result of cosmetic testing.

Cosmetic testing is used to determine the hypoallergenic properties of products like shampoo and makeup. The tests also determine whether or not products are safe to be used on humans.

The tests usually include skin and eye irritation tests. Researchers put chemicals into the eyes or onto the skin of animals. The tests are painful and can also cause serious health issues for the animals—such as blindness, organ damage, internal bleeding, and even death.

Last year, China announced it would end post-market animal testing for cosmetics. The country previously tested international and domestic products on animals after they had entered the market.

Thirty-nine countries have already banned the use of animal testing for cosmetics, including Australia, India, Switzerland, Turkey, and Israel.

If enacted into law, Mexico’s bill will make the country the 40th in the world to ban animal-tested cosmetics.

Ellen DeGeneres Has a New ‘Kind’ Skincare Line. Is This Her Apology?