Founder of Choices Café, Alex Cuevas, realized that there was a lack of plant-based options in other dining establishments in the area. He decided to launch the vegan food hall to fill this gap in the Miami foodservice market.

“With the rise of the plant-based movement, and with so many new vegan eateries popping up in Miami and beyond, [Cuevas] noticed that he was still never able to enjoy a wide variety of choices at food-hall-type venues,” Zito explained. “Whether in traditional food-court settings or even with the recent rise of upscale food halls.” 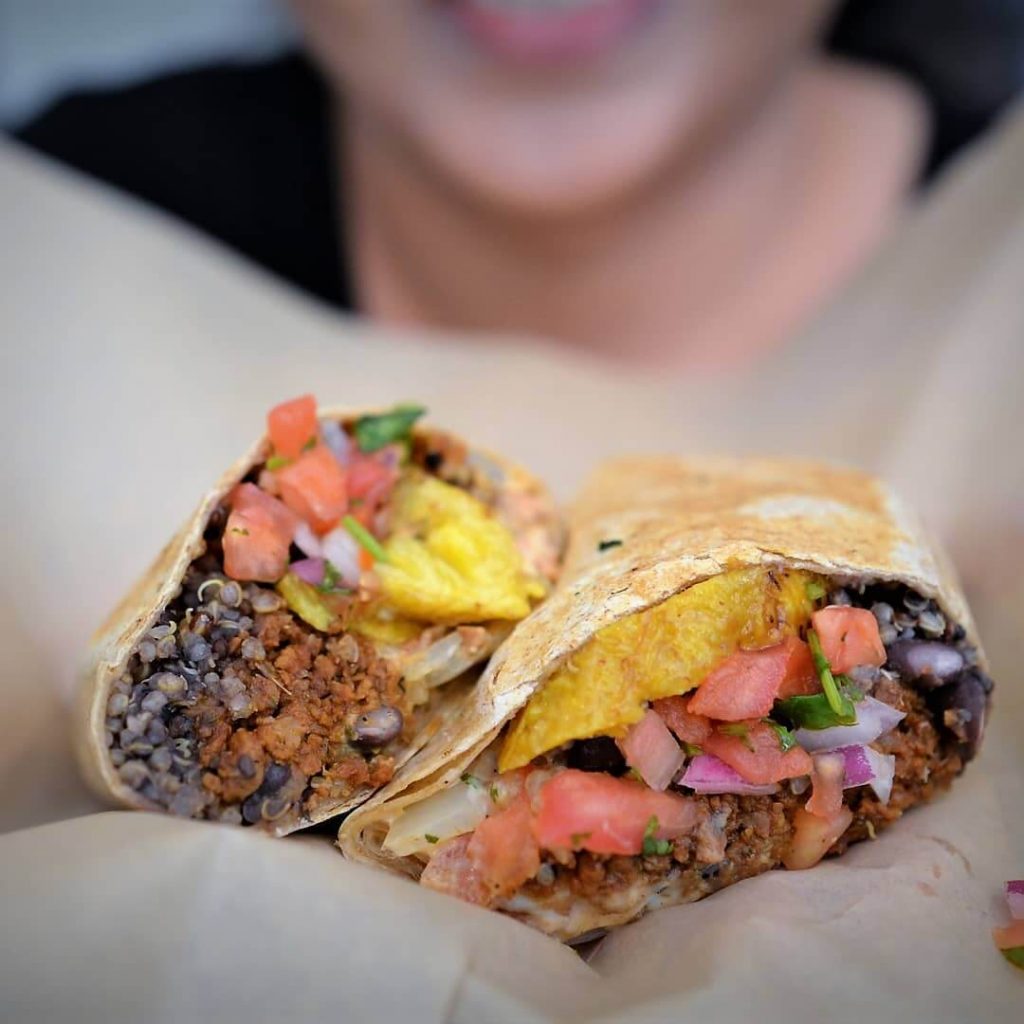 “He connected with like-minded investors and operators to start Miami’s very first 100 percent vegan food hall. His vision was, and is, to create a space with a diverse range of all the amazing types of food a vegan would want to have in one place,” Zito added.

Across Miami and the rest of Florida, many new vegan businesses have opened up in recent months.

Chloe Coscarelli, founder of the successful chain, By Chloe, recently opened a new vegan eatery, Chef Chloe and the Vegan Café, in St. Roch Market in Miami. Coscarelli said she picked the city because she found it to be an inspiring culinary destination. “I realized how focused [Miami’s] culinary preferences are toward things that are fresh and vegetable-inspired, and it seemed like a great place to start,” the chef told LIVEKINDLY. She added that the menu “is inspired by the abundance of fresh produce in Miami and rainbow colors and a healthy, outdoor vibe.”

Furthermore, north of Miami in Fort Lauderdale, a new all-vegan supermarket recently launched. Vegan Fine Foods, like V Shops, was initially founded to fulfill consumer demand. “I saw an opportunity for an all-vegan market because I knew that shopping was a lot of work and very time-consuming for those wanting to maintain a healthy vegan lifestyle,” CEO Steven Smith said.