The fifth annual haute vegan culinary competition and festival just announced its 2018 host city. Founded by The Vegetarian Chance, the world’s first and only international vegan cooking competition is set for May 12 – 13 in Milan, Italy.

Vegetarian Chance is a membership organization with a mission to “deepen and promote culture and vegetarian cuisine,” according to its mission statement. It was co-founded by chef Pietro Leemann and journalist Gabriele Eschenazi. Leemann was the first chef in Europe to receive a Michelin star for a vegetarian restaurant (Joia in Milan). His delightful yet meat-free menu inspired Eschenazi, and they launched the first Vegetarian Chance competition in Ascona, Switzerland, in 2014.

“Eat the leaf, save the planet” or “Mangia la salva la” is this year’s competition theme. The two days of talks, demonstrations, and the competition finale will revolve around a discussion between food and climate change. 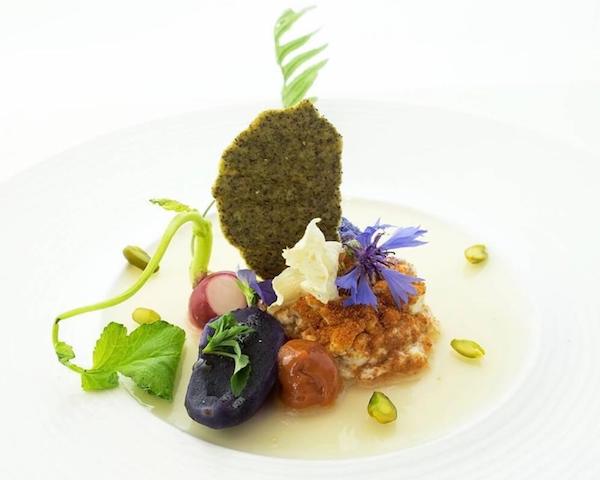 Established chefs from renowned international restaurants have until February 28 to enter the competition. The competitors must present two recipes – one a traditional dish from their country of origin, the other a ‘chef’s choice’. All ingredients must be vegan and “biodynamic in origin,” meaning preservatives, dyes, and artificial flavors are out.

The final dishes are held to a diverse judging panel and strict standards. Judges include chefs, food and wine journalists, vegan influencers, an environmentalist, and a doctor. Judging criteria accounts for imagination, aesthetics, nutritional value, environmental sustainability, and taste.

So, what are the tricks to creating gourmet, Michelin-star-worthy dishes with just plants?  Leeman advised in an interview with Fine Dining Lovers, “You shouldn’t cook vegetables that are not in season, overcook your vegetables or don’t cook them enough, put too much dressing, or cook them together instead of cooking them apart. It’s also very important to preserve the vegetable’s beautiful color.”