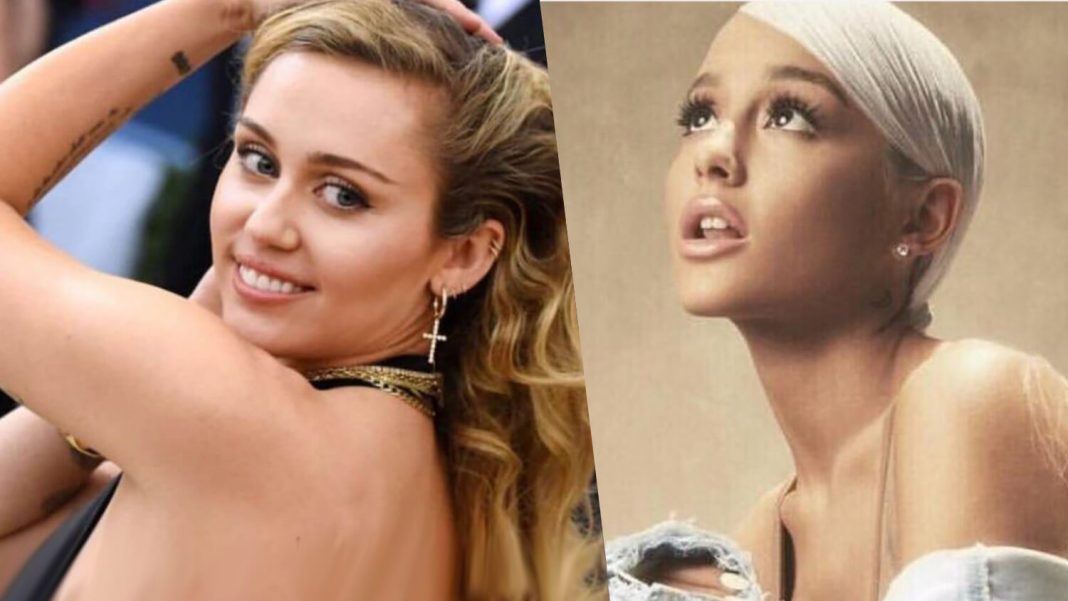 Vegan pop stars Miley Cyrus and Ariana Grande have long excelled in their own sectors of the music industry. Now, the two have come together (sort of) in a recent performance for BBC Radio 1’s Live Lounge.

For the performance, Cyrus belted out a cover of Grande’s hit song “no tears left to cry,” which Grande released as the lead single for her latest album “Sweetener.” Cyrus performed alongside British musician and vegetarian Mark Ronson, whom she recently collaborated with on her own track “Nothing Breaks Like a Heart.”

The powerful rendition of the hit won the approval of Grande herself, who Tweeted about Cyrus’ performance saying, “I love that voice and soul [so much].”

It’s been an eventful year for Grande and Cyrus, who are both activists in their own right. Grande participated in the March for Our Lives as a statement against gun violence and has used her massive platform to advocate for Black Lives Matter, LGBTQI+ rights, and mental health and online bullying awareness. She went vegan back in 2013 and in 2017, had nine adopted rescue dogs. Following the death of her ex-partner Mac Miller, it was speculated that she took in his dog, too.

Cyrus has had a similarly busy time lately, releasing her latest politically charged hit single, as well as a Christmas cover of John Lennon’s “War is Over.” She frequently posts on social media about her plant-based, cruelty-free lifestyle, showing her fans how delicious vegan food is and donning sustainable, animal-free fashion.

Last month, Cyrus was one of many who lost their home in the California Woolsey Fire. She wrote online about the tragedy, saying that whilst she lost her house, “I am one of the lucky ones.”

“My animals and LOVE OF MY LIFE made it out safely & that’s all that matters right now,” she said.