LIVEKINDLY
Home Business Miley Cyrus Is Vegan AF and So Not Sorry If You Don’t... 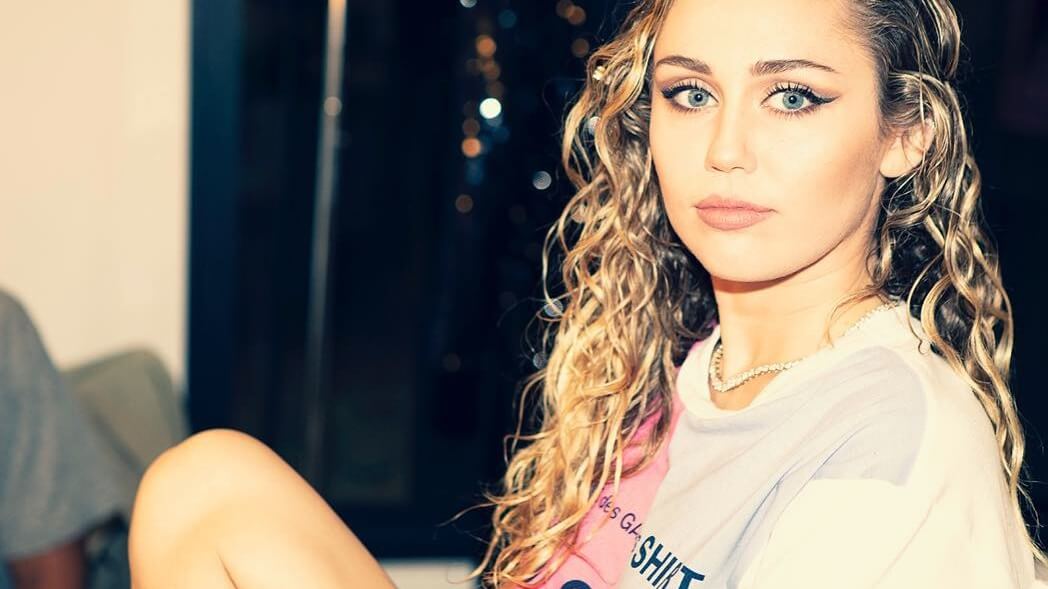 Miley Cyrus is known for many things, namely her musical talent, her fashion choices, her past as one of Disney Channel’s biggest teen stars, and in the last few years, her unapologetic passion for veganism and animal rights. In fact, Cyrus has made it her mission to make the vegan lifestyle seem as accessible as possible.

Fashion, in particular, is one area the 26-year-old wants to play a hand in revolutionizing, according to her recent interview with Vanity Fair.

Gone are the days of wearing wigs as clothes (yes this happened), Micky Mouse bodices, and PVC boots (at least for now), and in its place, Cyrus opts for chic, stylish pieces, which according to Vogue, are the “future of fashion.”

Why are these simple pieces – a far cry from Cyrus’s iconic, outlandish style moments of the past – the future of the industry? Because they’re entirely free of animal products, and that statement is the biggest one the singer has ever made in the fashion world, she says.
“I actually think I’m challenging the system more than ever,” Cyrus told Vanity Fair.

In the past few months, she’s stepped out in vegan leather mini skirts, faux fur coats, and cruelty-free thigh high boots, documenting her choices on her social media. But this is more than your average celebrity creating a style moment for likes or praise, this is activism, according to the star. She works closely with designers to ensure her outfits are picture perfect and more importantly, entirely vegan.

“Choosing to live as a sustainable vegan activist means wearing more vintage (less waste; loving pieces for longer), playing with the newest eco-materials and technology, and making custom vegan pieces with some of my favorite designers,” she explains.

The musician has worked with some major names in the industry, including Louis Vuitton, Celine, Saint Laurent, Vivienne Westwood, and Stella McCartney, one of the biggest drivers of ethical fashion in the game. “We went to the Met Ball together to use that platform to encourage cruelty-free fashion,” she recalls.

Her gala look was timeless, donning a silk satin gown by McCartney with a pair of vegan custom black pumps by cruelty-free shoe brand MINK.

She told reporters at the event in May, “I’m here, so excited to be a part of this because I think this moment can be about so many different things and for me, I want to bring a message, which is veganism and that there doesn’t have to be torture in fabulous fashion.” McCartney chimed in, “Stylish and sustainable at the same time.”

She backed up her message, with social media posts. Her Instagram story featured images of her in the dress with captions that read, “not killing animals is fucking hot!” and “It’s so much cuter to NOT kill animals!”

Trying Her Own Hand at Vegan Design

Cyrus is all about collaboration in fashion and working in unison to create ethical pieces. In 2018, she partnered with major sneaker brand Converse to launch her very own line; animal products were absent.

The line – made for people of all ages, genders, and sizes – was glittery, sparkly, and the Cyrus brand down to a tee – because she designed everything herself, “right down to the super cute shoelaces,” she told Jimmy Kimmel back in May 2018. “Can you believe that I’m selling clothes?” she asked the “Jimmy Kimmel Live” host.

But she’s doing more than just selling clothes. The collaboration goes a step beyond just another celebrity partnership with a trendy clothing brand.

@mileycyrus at last night’s launch of her new line with @converse. The 43-piece collection is available today—more details at our link in bio. 📸: @knowandtell

As Cyrus has proved time and time again over the past year, fashion can be more than just a fun pastime. It’s an opportunity to spread the word, to raise awareness of important social issues. So with her next vegan Converse collection, launched in June of 2018, she made it all about Pride.

All net proceeds from the colorful sporty summer range were donated to organizations that help LGBTQ+ youth, including the Happy Hippie Foundation, Cyrus’ own charity. Founded in 2014, the foundation aims to help young vulnerable members of the LGBTQ+ community, in particular, those suffering from homelessness.

The It Gets Better Project, Minus 18 in Australia, and RainbowYOUTH in New Zealand also received portions of the proceeds.

As a pansexual, Cyrus identifies as a member of the LGBTQ+ community herself. “A big part of my pride and my identity is being a queer person,” she told Vanity Fair. “What I preach is: People fall in love with people, not gender, not looks, not whatever. What I’m in love with exists on almost a spiritual level.”

Fashion isn’t the only platform Cyrus uses to advocate for change; she also uses her music to highlight major social issues. Her 2018 hit, a collaboration with DJ Mark Ronson named “Nothing Breaks Like a Heart,” was nothing short of politically-charged.

At Christmas time, she again appeared on “Jimmy Fallon Live,” this time for a special performance of the festive classic “Santa Baby,” written in 1953 and made famous by Eartha Kitt. Cyrus, however, felt the lyrics needed a little adjustment for a modern-day performance.

“I think I might need to change a few of these lyrics,” she told the host. “‘Slip a sable under the tree for me’ – do you even know what that is?” she asked. “A sword?” Fallon guessed, to which Cyrus responded, “No, Jimmy, it’s fur and I’m vegan.”

As well as taking a vegan stand, she also took the opportunity to sing about some serious feminist issues, taking out any implied offer to Santa Claus of sexual favors in return for extravagant gifts.

“Listen, Santa, to what I say. A girl’s best friend is equal pay,” she sang. “Stop interrupting me when I talk. And don’t text me pictures of your…” she continues. “Santa baby, I’d love to know my ass won’t get grabbed at work by some ignorant jerk.”

The pair are also friends, united by their love for the animals, but also by a deep respect for what the other one is doing. Grande recently praised Cyrus’ singing talent, saying “Her tone is so identifiable. With your eyes closed, you know it’s Miley.”

In case you hadn’t heard by now; Cyrus isn’t alone in championing veganism, her new husband Liam Hemsworth is also an advocate for the animals. The pair, who have been together for 10 years, recently married in a private ceremony at their home in Tennessee.

Their Malibu house was off the cards after it burnt down at the hands of the California wildfires in November 2018. Luckily, Hemsworth was the hero of the moment, managing to save all of the couples’ animals, including seven dogs and four horses, from the blaze.

“Losing my home, losing that peace, was very unsettling,” Cyrus told Vanity Fair. “I didn’t go back. I felt like my roots got ripped from under me. I was actually working on Black Mirror in South Africa. The day I heard we lost our home, my scene was set at my house in Malibu. My character was having a meltdown panic attack, so needless to say the inspiration was there.”

She continued, “To lose ‘everything’ at that time — materially, because no lives of people I know and love were lost. Liam and I have also found a new bond underneath all that rubble.”

The new bond saw the couple make it through one of the toughest challenges of their lives, tying the knot away from the prying eye of the media in December. “When you experience what we experienced together with someone, it is like glue. You’re the only two people in the world who can understand,” she said.

According to sources – and subsequent photos released by Cyrus herself – the wedding was a vegan bash through and through. The star even used the hashtag #HotNonViolentAnimalLovingHusbandsAreHottest to describe her vegan groom in the wedding pics.

One guest spoke to US Magazine after the event to describe the Southern-inspired plant-based banquet on offer for the couple and their guests.

Embraced by the Vegan Community

Cyrus’ efforts to live her life in a sustainable vegan way, and to bring compassion and love to everything she does, haven’t gone unnoticed in the vegan community. When she married Hemsworth, animal rights organization PETA (People for the Ethical Treatment of Animals) even gifted the pair “Mr & Mrs. Vegan” robes.

In November 2017, Peta2, the youth division of PETA, expressed their love for the star’s respect for animals, as well as her vegan tattoos.

“Miley Cyrus doesn’t shy away from sticking up for animals, and we love her for it,” the organization wrote. “She even gets tatted up to show her support for animals, people, and causes she holds dear. She’s gotten tattoos to honor her beloved fish Pablow and her adopted Shetland sheepdog, Emu.”

Thank you @peta for giving me the honor of receiving the Best Voice 4 Animals award! Living a completely vegan life style , whether it's what I eat or wear I am very certain that veganism is taking over and stoked to see so many brands jumpin on this revolution! pic.twitter.com/tnGFsTzz1G

They also praised the star when she wrote “if you choose to eat meat … you love pets, not animals,” on her Instagram account.

“We couldn’t agree more,” said Peta2. “It’s extremely difficult for most humans to imagine eating a cherished companion animal such as a cat or dog, yet many fail to see that eating pigs, cows, chickens, and other animals cause the same pain and suffering — and it hurts the environment, too.”

Shortly after the youth organization’s post, Cyrus was given PETA’s “Best Voice For Animals” award. An honor she did not take lightly, she Tweeted at the time, “Thank you [PETA] for giving me the honor of receiving the Best Voice 4 Animals Award!”

She continued, “Living a completely vegan lifestyle, whether it’s what I eat or wear, I am very certain that veganism is taking over and stoked to see so many brands [jumping] on this revolution!” She added in a separate Tweet, “You do not need [to] torture or kill animals to sell fabulous products! Love love and more love!”