It’s confirmed: love is well and truly canceled. Vegan celebrities Miley Cyrus and Liam Hemsworth have split up, but even in separation the pair are still “dedicated parents” to their animals.

“Liam and Miley have agreed to separate at this time,” a representative for Cyrus told PEOPLE in a statement. The couple had been married for less than a year.

“Ever-evolving, changing as partners and individuals, they have decided this is what’s best while they both focus on themselves and careers,” the representative said. “They still remain dedicated parents to all of their animals they share while lovingly taking this time apart. Please respect their process and privacy.”

Cyrus’ recent cryptic Instagram post on Sunday seems to allude to the breakup. “Don’t fight evolution, because you will never win. Like the mountain I am standing on top of , which was once under water , connected with Africa , change is inevitable. The Dolomites were not created over night, it was over millions of years that this magnificent beauty was formed,” she wrote. 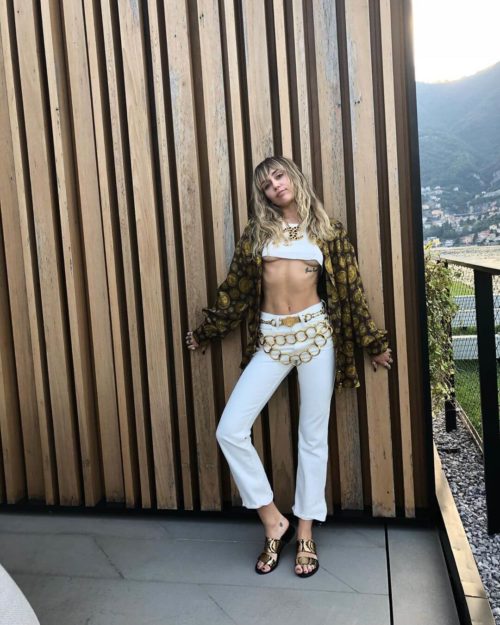 Miley remained silent about the breakup until a recent post. | @mileycyrus

“My dad always told me ‘Nature never hurries but it is always on time,'” she continued. “It fills my heart with peace and hope KNOWING that is true. I was taught to respect the planet and its process and I am committed to doing the same with my own…”

It’s unclear exactly how many pets the vegan couple share. Last year, Cyrus had 16 animals living with her, including horses, cats, and dogs — one of whom is a beagle who was rescued from lab testing.

Cyrus’ pet pig, whose name was Pig Pig, passed away in July. “Very sad to say… my dear friend Pig Pig has passed away,” Cyrus wrote on her Instagram Story. “I will miss [you] always. Thank you for so many laughs and good times girl.”

Pig Pig had accompanied the vegan musician on her private jet and had even stopped Cyrus from going on tour. “Literally the only reason I’m not touring is because of those [expletive] pigs. That’s how much I love those pigs,” Cyrus told Howard Stern in 2017.

Cyrus and Hemsworth tied the knot in December after dating intermittently since 2010.

At the wedding — which took place at their home in Franklin, Tennessee — Cyrus wore a made-to-order ivory silk satin gown by Vivienne Westwood and white satin shoes by vegan brand, Cult of Coquette. Aligning with the couple’s lifestyles, all the food at the wedding was plant-based. Hemsworth went vegan in 2015 and Cyrus, in 2014, saying at the time that people don’t need to eat “dead animals” and that “everything that goes into my body is alive.”

In July, Cyrus spoke about her decision to not have children until the planet is saved. “We’ve been doing the same thing to the earth that we do to women,” she told Elle magazine. “We just take and take and expect it to keep producing. And it’s exhausted. It can’t produce. We’re getting handed a piece-of-[expletive] planet, and I refuse to hand that down to my child.”

She added, “until I feel like my kid would live on an earth with fish in the water, I’m not bringing in another person to deal with that.”