International superstar Miley Cyrus is not one to keep quiet about her love of all things cruelty-free. From shoes to tattoos to… caring for pigs? Miley is all kinds of vegan. Now, the actress and musician has spoken out about her love of Washington DC’s vegan options.

In a recent post on social media, Miley revealed that she and her sister Brandi would be attending March For Our Lives, a protest which is set to see thousands of people marching the streets of Washington DC to demand an end to gun violence. A previous post revealed Miley would also be performing at the event.

In the post, Miley gave a shout out to DC, naming it “an amazing city with incredible Vegan options!”, adding that she is “Getting fueled up for tomorrow!”. Miley shared the image on Instagram to 74.8 million followers. Since its post, less than a day ago, the image has racked up almost one million likes.

Though Miley didn’t specify in her update which venue she was dining at, DC isn’t lacking in options. DC was previously identified as one of the most vegan-friendly cities in the US, achieving 7th best overall.

HappyCow notes there are 27 vegan and vegetarian restaurants in the city, with over 130 venues which cater to veg diets.

Plant-powered foodies can enjoy a multitude of options in the city. Equinox, which was voted by Time Out as having the best vegan options in DC, serves up a “famous vegan buffet brunch” on Sundays. For those with a soft spot for tacos can visit Chaia or Vegaritos for vegan burritos and burrito bowls.

Fare Well is a vegan diner, bakery and bar, while Fruitive specialises in juices and vegan snacks. For hearty soups, diners can head to Soupergirl, a business that uses compost, wind energy, and supports local farming. 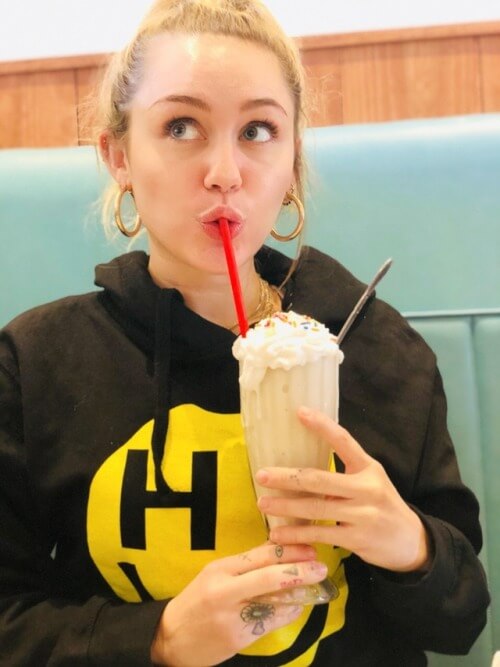 The number of vegan options in the city is ever-growing. This week, new vegan restaurant Fancy Radish opened its doors. The venue is serving up street flavors from around the world and revealed a weekend brunch is also on its way.

It’s not just Washington seeing these changes in the food market. Recent data revealed that veganism in America has boosted by 600% in the past three years alone. Some have suggested the rising figures are partly attributed to celebrities, such as Miley, speaking out about the cause.

[Correction 3/26/2018: This article originally stated the Veggie Grill chain has locations in Washington DC. It has restaurants in Washington state, not DC.]