Miley Cyrus is long known as a passionate animal activist. Earlier this year, the singer even chose staying at home with her pigs over touring.

This Thanksgiving, the proudly vegan celeb has openly talked about her vegan lifestyle and turkey-free traditional holiday. 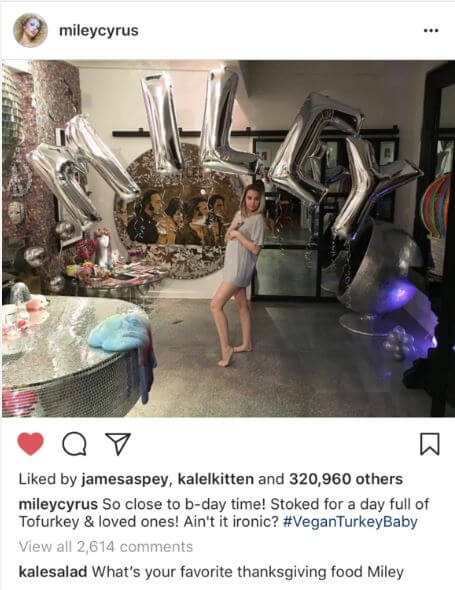 Cyrus is certainly not shy about her veganism and is known already for being vocal about it on Instagram and Twitter where she is followed by millions. In good timing and in good humor, she posted a snapshot of Friends’ only vegetarian character, Phoebe Buffay. Cryus’s gentle but frank approach to animal rights will definitely be planting seeds among her fans as they sit down to eat this holiday. 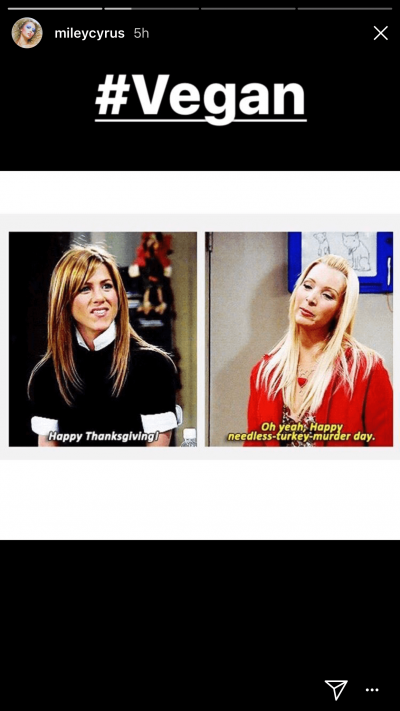 As Miley is celebrating double, Thanksgiving and her 25th birthday – Cyrus’s rumored fiancé and fellow vegan Liam Hemsworth has already given Miley a blingy necklace, with the word “Lili”, which Cyrus reveals as Liam’s nickname on a social media post. 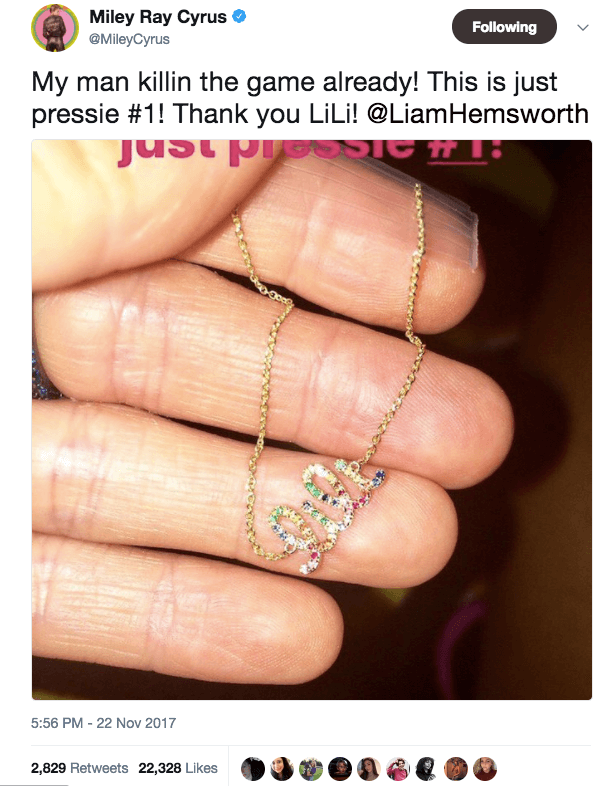 Despite posting a suspicious photo captioned #VeganTurkeyBaby, where Cyrus poses alike a pregnant woman showing off a bump, Miley’s was just showing off the result of a day of Tofurky indulgence. (Spot boyfriend Liam Hemsworth in the mirror!)

Cyrus affirmed her supposed bump is not to be mistaken for a fetus, that she had actually just eaten “a sh*t ton of Tofurky”. Go big or go home? Miley certainly isn’t known for being subtle. 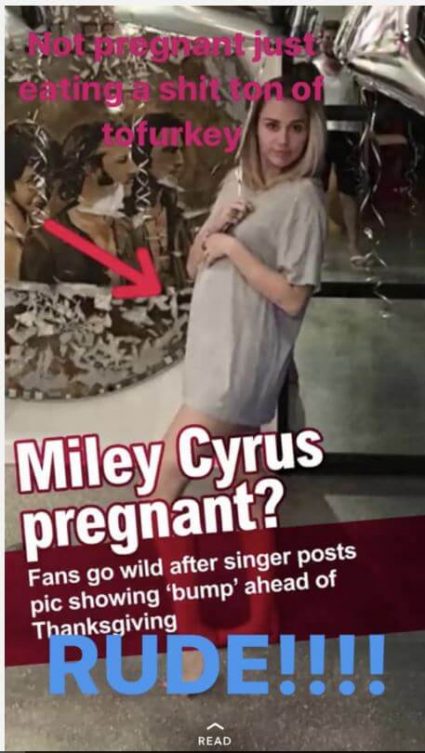 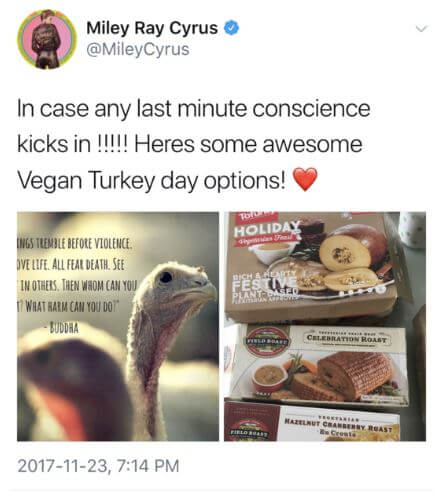 So, for those who celebrate Thanksgiving or don’t want to give up time with their family for morality – why not make your next food oriented celebration like Miley’s? Happy Thanksliving!