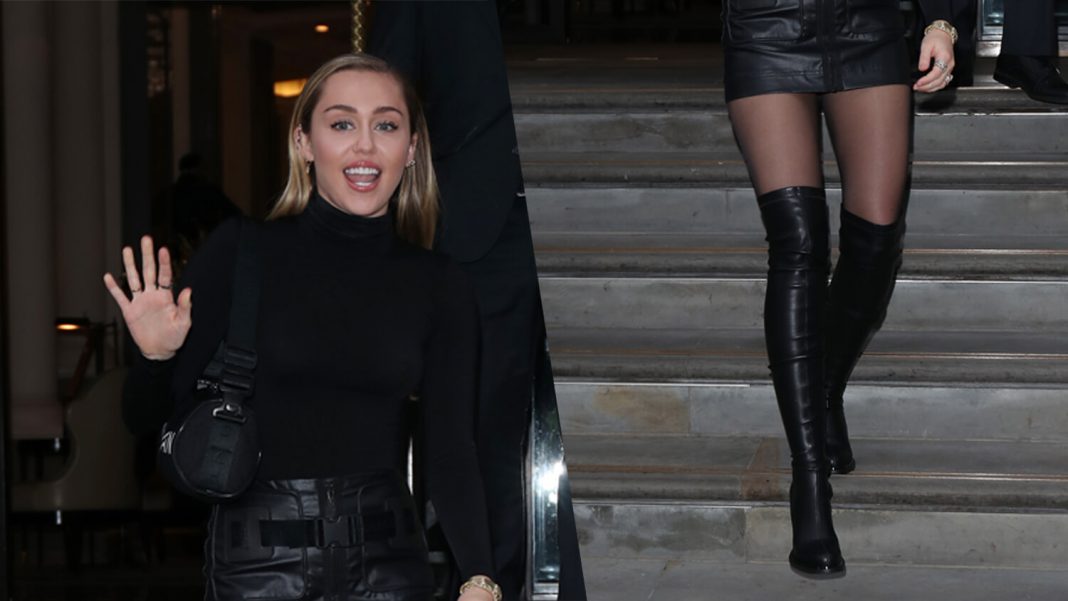 In the days that followed, she was seen wearing a vintage faux fur coat by Vivienne Westwood on her way to BBC’s Maida Vale studio, promoting her new single “Nothing Breaks Like a Heart” – a politically charged collaboration with DJ Mark Ronson.

Leading fashion magazine Vogue was a fan of the singer’s vegan looks, noting that her outfits were “forward-looking” and more than just a “celebrity style moment.” The influential publication stated, “[The cruelty-free outfits are] a peek at how we’ll all be dressing in the near future.”

Cyrus herself spotted the article, posting a screenshot to her Instagram story. She wrote on the post, “Vogue.Com, Yasss! No animals have to die for you to live for my look!” She added, “Saving animals is sexy!”

This is not the first time the singer-songwriter has used her platform to promote vegan fashion. In May, she chose McCartney’s designs for her appearance at the Met Ball – a prestigious star-studded fundraising gala in New York City. Wearing a black halter gown, she said, “I want to bring a message, which is veganism and that there doesn’t have to be torture in fabulous fashion.”

Cyrus is a fan of McCartney’s brand, which promotes a strong message of sustainability and compassion. It also encourages other designers to follow its lead, praising them every step of the way.

Although they haven’t gone completely cruelty-free, a number of major fashion brands, such as Gucci, Versace, Diane Von Furstenberg, and most recently, Chanel, have agreed to ban mohair or fur from their designs in the last 18 months. McCartney told the Associated Press, “There is this human instinct to put people down when they’re doing something good. Anything is better than nothing. It’s a positive thing.”

Cyrus is not McCartney’s only celebrity fan. The designer is adored by a number of stars including actors Emma Watson and Torrey DeVitto, pop queen Madonna, and supermodel Karlie Kloss.

Singer Dua Lipa is also an admirer, recently stepping out in Los Angeles in a shaggy vegan fur coat by the designer. Vogue said of the musician’s outfit, “rocking a fake look has never looked so good.”