“Stranger Things” star Millie Bobby Brown has launched a new vegan-friendly sneaker line with Converse (and it might make you want to free SeaWorld’s orcas).

Inspired by Brown’s love of the ocean, the shoes — available in remade styles, Ox and Hi — feature three different prints: waves, a large orca print, and a small orca print. Unlike the animals held captive in the U.S. marine park, Brown’s orca design sees the whales free to swim in their natural ocean environment.

Customers can pick their own print, color, style, and laces for Brown’s new collection, named “Millie By You.”

“Our collaboration hopes to amplify her voice and celebrate the multiplicity of Millie as the young, quirky adolescent, and rising style icon through our sneakers,” says Converse on its website. “Choose from a color palette inspired by an ocean sunset and collaborate with Millie on your next pair of Chucks.”

Brown adds, “one of the most exciting parts of designing this is that I get to do it with my fans. To choose the colors and material and print for the shoes was really specific and special to me.” 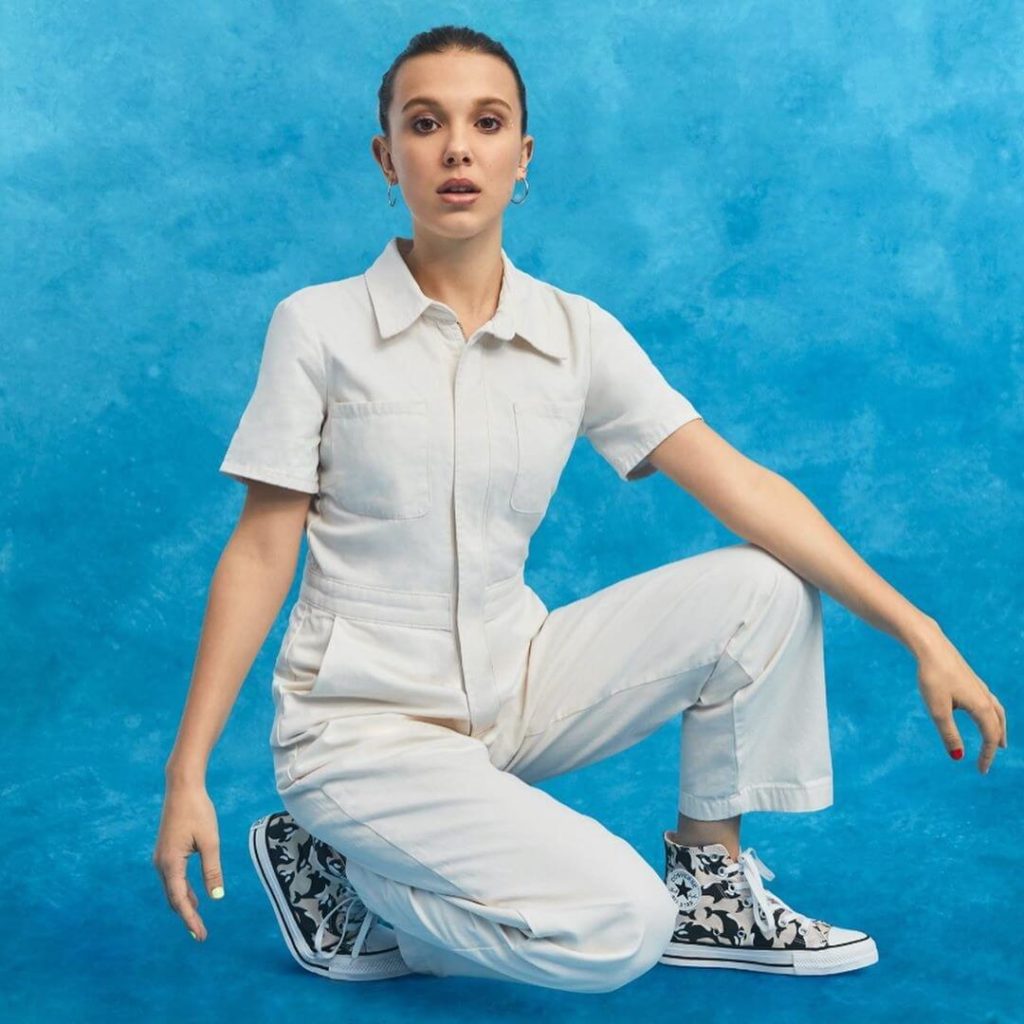 A Love for Animals

In an interview with Teen Vogue earlier this month, Brown spoke about her decision to pick the orca design.

“I feel really passionate about whales,” she said. “Whales, they symbolize who I am as a person: they’re loud, they’re the queen of the sea. I love the ocean. I was born in Spain [on the coast], so I’ve incorporated whales through some of the things that I’ve done [that are] coming out in the future.”

“Stranger Things” hasn’t been officially renewed yet for another season, but Brown has plenty to keep her busy. Her latest movie “Godzilla: King of the Monsters” hit theatres at the end of May — another project that she says encompasses her love for animals.

“The reason I signed on to the movie was because I have an enormous amount of respect for animals,” Brown told Teen Vogue. “And I love the way that this movie portrays animals. As much as they respect us, we should respect them. We should take care of them, as they should take care of us. It’s such a fine balance of what this world needs to understand.”

The Millie By You Converse collection is now available online.