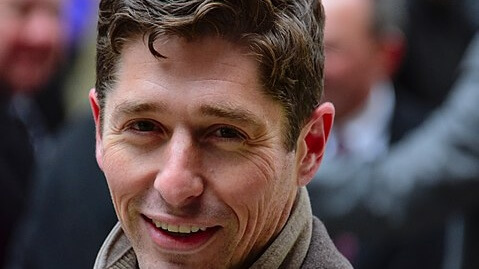 The mayor of Minneapolis Jacob Frey has partnered with the Fig + Farro eatery to host a series of monthly vegan dinners in a bid to help prevent climate change.

Fig + Farro describes itself as “a globally inspired plant-based comfort food restaurant with a mission to fight climate change.” The mayor’s new series of dinners, aptly named the “Climate Series Salon and Supper Club,” will bring together the community, policy stakeholders, and experts, to discuss how plant-based eating can save the environment.

Alongside Michelle Courtright, Fig + Farro’s owner, Frey recently hosted the first event, where guests drank Earth’s Getting Hotter cocktails and enjoyed an exclusive three-course vegan dinner. Among the issues discussed were how citizens can do more, and how to talk about climate change with friends and neighbors. The series will continue on the first Monday of every month to coincide with Meatless Mondays.

a huge thank you to Mayor @jacobfrey1 and @climategenorg for kicking off our first Climate Series Salon + Supper Club last night! we heard about the great strides the city of minneapolis is making to fight climate change, talked about how we as citizens can do better, how we can talk about climate change with friends and neighbors, and enjoyed a delicious prix fixe plant-based dinner! stay tuned for our next honored guest in November! . . . #minneapolis #cityofminneapolis #mayorfrey #mpls #missionbased #fightclimatechange #missionbasedrestaurant #calhounsquaremn #figandfarro #uptownmpls #uptown #mplsdinner #mplsplantbased #mplsvegan #mplsvegetarian #prixfixemenu #salon #supperclub #supperclubmpls #prixfixempls #mn

Frey is the city’s second ever Jewish mayor and its second-youngest, and his efforts to improve the environment are pioneering, given America’s current political stance to environmental issues. This summer, Frey issued a proclamation urging residents to eat more plant-based foods, coinciding with mounting concerns about climate change as the Trump administration withdrew the U.S from the Paris Agreement.

At the time, Frey explained that Minneapolis citizens needed to “make an effort to eat plant-based food and choose plant-based products in furtherance of our environmental goals, and celebrate our ongoing commitment to exceed the standards put forth in the Paris Agreement by doing our part right here in Minneapolis.”

The new supper club will consolidate Frey’s Plant-Based Proclamation, and ultimately help Minneapolis to become a “leader in the fight against climate change.”

Frey is not the first to encourage the Minnesota city to embrace plant-based eating. In 2014, Cam Gordon, a member of the Minneapolis City Council, issued a proclamation pushing for residents to go meatless every monday. Gordon, a longtime vegetarian for environmental reasons, urged residents of the city to recognize how avoiding meat and other animal products could have a positive effect on their health, animal welfare, and the planet.

You can purchase tickets for the next supper on November 5th for $50.