Target Field, home stadium to Major League Baseball team the Minnesota Twins, has been named the most vegan-friendly ballpark in America.

Traditional ballpark fare is typically anything but vegan-friendly, placing an emphasis on meat and cheese-heavy options like hot dogs, burgers, pizza, nachos, and more. However, spectators at Target Field have vegan options such as Sriracha Brats and Italian Sausages from local purveyor of plant-based meat, The Herbivorous Butcher, as well as Field Roast burgers and hot dogs, Daiya vegan pizza, tacos, burritos, and Indian dishes like tofu vindaloo. 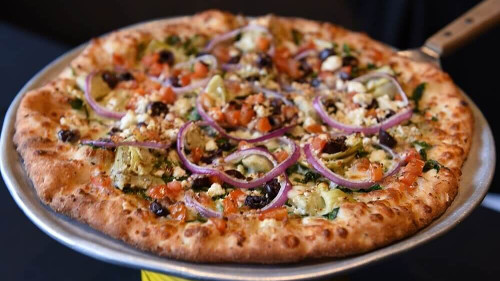 PNC Park, home of the Pittsburgh Pirates, earned a spot for its vegan burgers, hot dogs, meatless meatball subs. In late June, the park will host its second annual Vegan Night, an event that invites fans to come early and sample specially-made vegan food before watching the game from a corner box seat. This year’s event will feature a vegan burger bar as well as plant-based comfort food like baked beans and a Hawaiian-inspired macaroni salad.

Outside of the top 10 list, baseball fields across the nation are increasing their vegan options. Bareburger at New York City’s Yankee Stadium added vegan Beyond Sausages to the menu earlier this year and has partnered with leading food service provider Aramark and the American Heart Association to debut vegan nachos and Impossible Burgers. Citi Field (previously Shea Stadium), home of local rival team The Mets, earned the number seven spot on PETA’s list.

The increasing number of options for vegan food at baseball stadiums across the country is an example of how plant-based food is making its way into mainstream culture, driven by the growing number of consumers who are eschewing meat and dairy.