Miyoko Schinner has built quite the name for herself as a female vegan entrepreneur, author, and chef since creating her first business back in the ’80s when she first embraced veganism. At the time this was seen as a rather unpopular affair; nowadays, she’s concentrating her efforts to pioneer a sustainable future for the food system with her reputable vegan cheese brand, Miyoko’s Kitchen.

The global dairy cheese industry is valued at $120 billion. But this doesn’t stop Schinner from taking it on. Similar to her personal values of compassion, Schinner doesn’t aim to quash her vegan competitors – rather, she embraces fellow vegan cheese producers in a vision to save the planet.

“I welcome competition,” Schinner told media publication Forbes. “It’s a powerful sign for the future, that we are headed in the right direction. One company cannot do it, all. The point isn’t just to succeed for ourselves; it’s to succeed for the planet, the animals, for all of humanity. We can’t continue doing the status quo. This collaboration is key, we need to work together towards a better future.”

Founded by Schinner in 2013, Miyoko’s Kitchen is a vegan brand beloved for its abundant plant-based cheese options that were specifically designed to rival the taste, texture, and composition of conventional dairy cheese products. Schinner’s seed funding round netted a cool $1 million from passionate investors who were impressed with her previous endeavors to shake up the food industry (she started the first vegan Cool Whip business, Hip Whip). She has since seen a further $12 million of external investment poured into the company.

Earlier this year, Schinner – who is dubbed the “Queen of Vegan Cheese” – shared a live stream on Facebook of herself getting a vegan tattoo of her cheese empire’s slogan – “Phenomenally Vegan.” 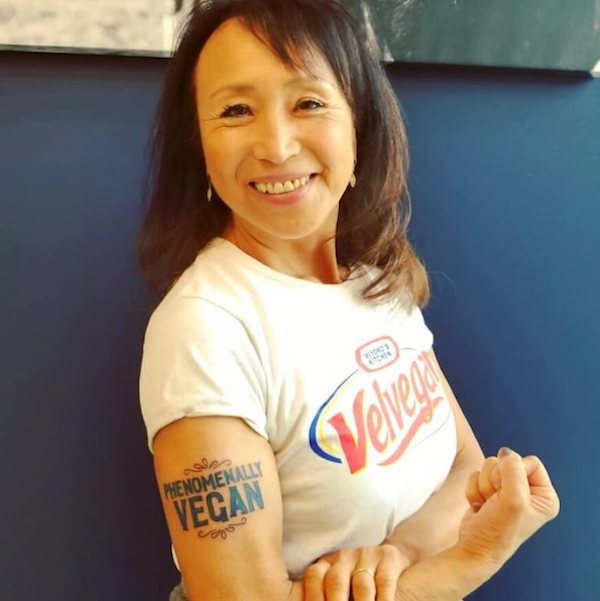 Schinner previously revealed her business is experiencing rapid growth and she also noted she has confidence that her artisanal vegan cheese brand will become mainstream within just a few years amid a growing consumer shift away from traditional dairy products.

Further, Schinner created the vegan cheese business because she believes no great wine is complete without cheese. Lactose intolerance and distaste for the way in which animals are raised for dairy production saw Schinner pursuing veganism and then proceeding to conquer vegan cheese once and for all. Aptly, the brand recently teamed up with subscription service Vegan Wines to deliver the timeless combination of wine and cheese available for home delivery in 46 states across America.