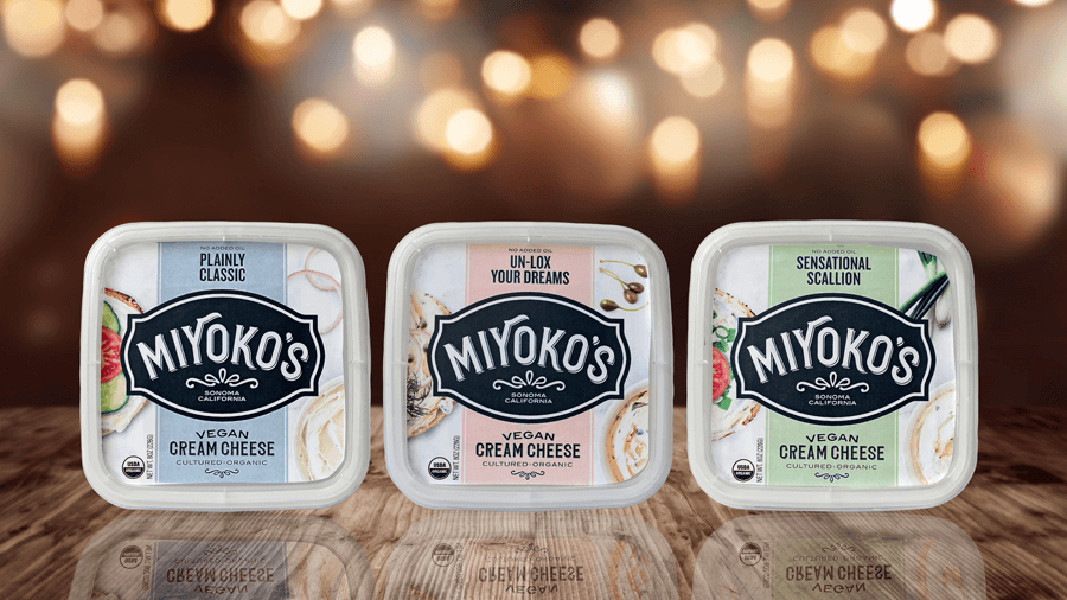 Known for its budget-friendly offerings for vegan pantry staples like beans, grains, nuts, fruit, and more, in recent years Trader Joe’s has taken to expanding its range of vegan products. It sells a number of private-label brand vegan products such as vegan ice cream, plant-based milk, cheese, tempeh, tofu, and frozen vegan meats and meals. Depending on the region, some locations may also offer Trader Joe’s brand of vegan baked goods like cakes, cookies, and muffins. But aside from Tofurky sausages, Miyoko’s Kitchen is one of the only plant-based brands to receive distribution through Trader Joe’s.

Are you sitting down @traderjoesvegan? Hot news! @miyokos_kitchen un-lox cream cheese coming to @traderjoes soon!! We sampled it at CowCon this weekend and it was excellent! Miyokos cashew butter is already at TJs and flying off the shelves! BTW if you ever get the chance to hear Miyoko herself speak, take it! She’s a powerhouse and incredibly inspiring!! #impressive #gamechanger #vegan #creamcheese #nutcheese #nondairy #eatplants #savetheplanet #cowcon #dairyfree #crueltyfree #thistrainhasleftthestation

The vegan cream cheese launch follows the debut of Miyoko’s vegan butter at Trader Joe’s last year. The vegan European-style butter is made from coconut oil and cultures and can stand in for traditional butter in baked goods, sauces, braising, and other culinary applications.

The Miyoko’s Kitchen cheese launch is expected to roll out later this month, but it is possible that it will follow the same steady, regional roll-out as Miyoko’s vegan butter.

Founded by Miyoko Schinner in 2013, Miyoko’s Kitchen aims to take on the global $120 billion cheese industry by proving both artisanal and everyday sustainable vegan cheeses. Schinner has previously stated that she welcomes all competition in the space and sees it as necessary to preserve the future of the planet.

Miyoko’s Kitchen will also be launching its vegan plain and Un-Lox cream cheeses to all Publix stores in the Southeast later this summer.

[Correction June 7, 2018: This article originally noted that the original and scallion cream cheese flavors will be coming to Trader Joe’s. It’s currently only adding the Un-Lox.]