Dannon, a global provider of yogurt, is proposing to build a mega dairy farm with MVP Dairy. This newly formed partnership between McCarty Family Farms and VanTilburg Farms, named MVP Dairy, will see the construction of a farm which will house 4,500 cows in just 6 barns. The dairy is expected to be operational by early spring of 2018.

With 750 cows in each barn this large Concentrated Animal Feeding Operation (CAFO) will be extremely stressful for the animals and will produce a huge amount of waste. It is the waste products and pollutants that have driven one man to start a petition to hopefully bring an end to this mega farm.

Tim, the one man who started a Care2 petition to stop the construction of this large CAFO in Ohio, lives in the Miami Erie Canal heritage where he asserts that “most of the reservoirs for the old Canal are toxic now from algae formed through farm run off”. He, like most people, hadn’t realised the huge impacts of waste and polluted water that CAFO’s can have on waterways and the local natural environment and ecosystem. As Tim detailed, “the risks outweigh any possible benefit from the CAFO farms other than a slightly cheaper (inferior) product.”

The area proposed is already impacted by existing CAFO’s and with a church nearby, residents and a creek less than a few kilometres away a new mega CAFO presents further significant damage to the local environment. As the Environmental and Protection Agency (EPA) stipulates “manure and wastewater from CAFO’s have the potential to contribute pollutants such as nitrogen and phosphorus, organic matter, sediments, pathogens, hormones, and antibiotics to the environment.” 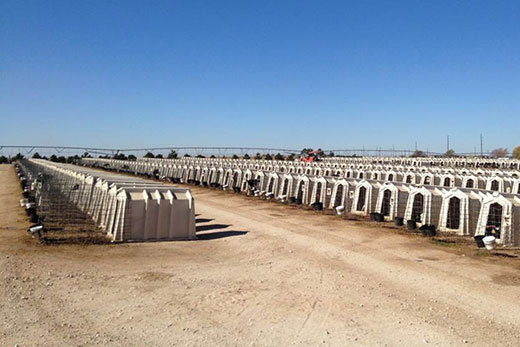 This is in addition to the distress the 4,500 cows will endure in cramped conditions with their calfs torn from them at birth. As Tim says,

“We should treat cows with the same honour and respect that we treat dogs and horses. Why are puppy mills illegal, but extreme confinement of cows and calves is not? Think about your next glass of milk…or Yogurt.”

Please support Tim and sign the petition to stop this CAFO going ahead.