Hasbro has released a new version of its iconic board game, Monopoly. Unlike the traditional version — which has been around since the early 1900s and sees players buy, trade, and develop property and collect rent from opponents — the newly updated game was made for socialists. And vegans. Because stereotypes say the two go hand-in-hand.

With Monopoly Socialism, players collect a $50 living wage every time they pass go, property includes a no-tip vegan restaurant and a dairy-free coffee shop, and one Chance card reads, “you seem to be doing too well for yourself. That’s not how socialism works. Choose one player and take back five of their chips.”

Hasbro’s description of the game says, “in the Monopoly Socialism game, players move around the board working to make a better community by managing and contributing to projects such as a no-tip vegan restaurant, an all-winners school, or a museum of co-creation.”

“Drawing a Chance card presents the flip side of striving for the perfect utopian society,” it continues. “You’ll have issues with your neighbors, your DIY community projects go awry, you’re constantly voting to shake things up, and there’s always an emergency that requires dipping into the Community Fund!

“Contribute all 10 of your chips to win the game, unless the Community Fund runs out of money and everyone loses.” It adds, “so much for a socialist utopia.” 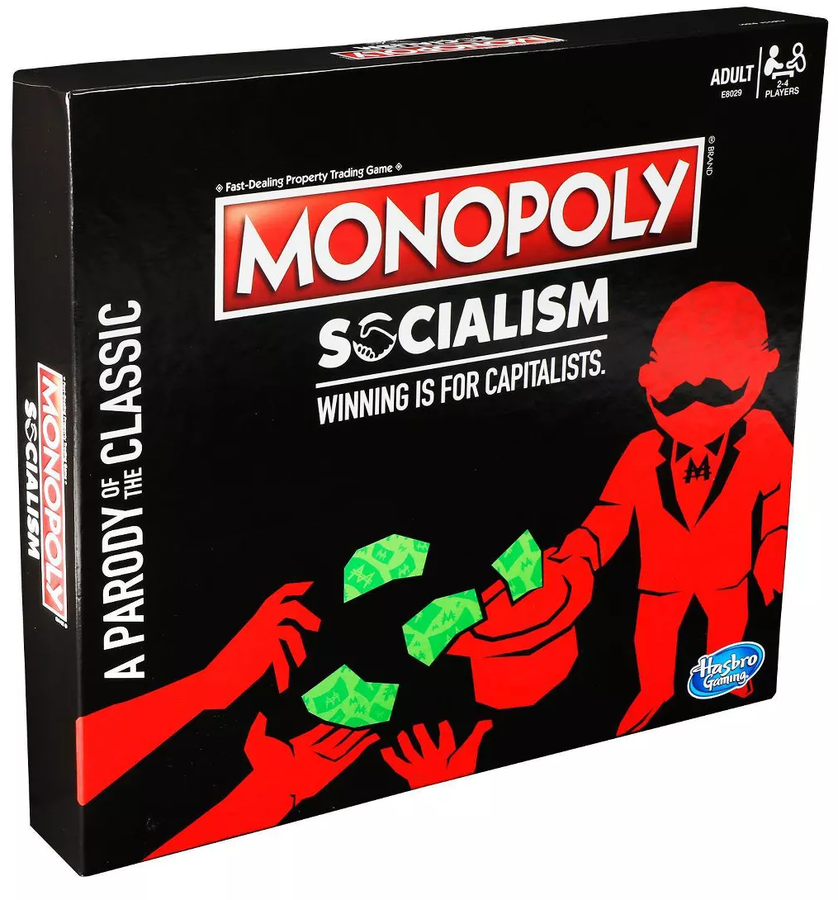 Not everyone is a fan of Monopoly Socialism.

Some Twitter users are less than impressed by the new concept. Nick Kapur — an author and historian — called it “mean-spirited” and “woefully ill-informed.” He Tweeted, “maybe Hasbro actually knows its audience, and that audience is just hate-filled Boomers raised during the Cold War and triggered by whatever people under 40 do?”

Others maintain that the game is a parody and just a bit of fun. One Amazon reviewer states, “awesome party game for adults. Much funnier and less hateful than Cards Against Humanity, and not something I’d be unwilling to let teenagers play. It’s a parody game.”

Hasbro has brought out a number of different Monopoly versions, including Monopoly for Millennials. Similar to the socialist version, everyone is vegan and no-one can buy a house. One reward card reads, “your side hustle of selling vegan candles has paid off.”

Also similar to the socialist version, the Millennial edition received backlash. In response, a spokesperson said, “we created Monopoly for Millennials to provide fans with a lighthearted game that allows Millennials to take a break from real life and laugh at the relatable experiences and labels that can sometimes be placed on them.”