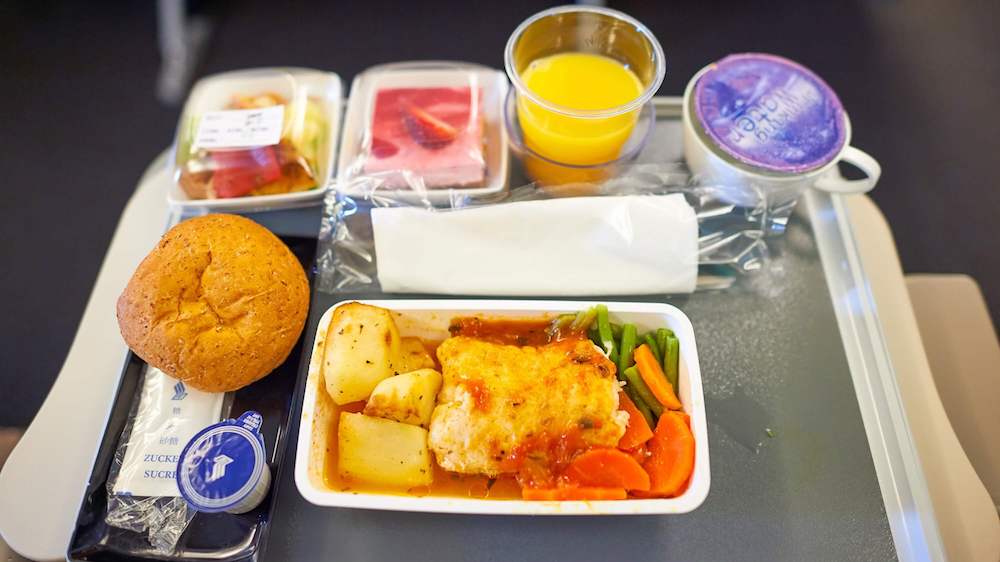 The UK-based organization, The Vegan Society, has launched a new campaign aimed at adding more vegan options to planes and trains across the nation.

“[W]e know that vegans often struggle to find suitable food when they’re travelling. In fact, in a survey last year we found out that 80% of vegans often go hungry onboard trains,” explains the society’s website. “This could well be a situation you have found yourself in. Plenty of us have headed off on a long journey, and been pushed for time to prepare food in advance. Before you know it, you’re on a three-hour train journey with only a packet of ready salted crisps to keep you going.”

“Starting with rail companies, we’re looking to improve options for vegans in the travel sector. Why not hop on board and help us to make vegan travel plain sailing?” it continues.

The campaign is the latest installment of the organization’s ongoing “Vegan On The Go “effort.  The initiative was wildly successful in its first phase last year, when the society, and supporters, encouraged high street retailers to increase the availability of ready-made vegan options.

“Since then we have seen a huge rise in the availability of grab-and-go vegan options in supermarkets and cafes. The number of labeled vegan sandwiches, wraps and more is on the up, and is showing no sign of slowing down! Not only does this make life easier for busy vegans, but it also breaks down barriers for non-vegans,” the society commented.

To facilitate the improvement of plant-based train and plane food options, The Vegan Society’s website offers forms for members of the public to fill out and email to rail companies. The society also encourages people to create open communication with train staff and adds that social media can also be used as a way to get voices heard and evoke change.

Last month, US and Canadian passenger rail service Amtrack announced it is to add new vegan options to its onboard menu starting from the first of June. And earlier this year Virgin Trains began serving up a vegan cooked breakfast on its trains; the dish was inspired by the classic English breakfast.