The new egg-free version of the classic corn dogs is clearly marked with a yellow “vegan” logo on the side of the box.

The old school vegetarian brand — which makes frozen meatless meat products such as bacon, chicken nuggets, veggie burgers, and breakfast sausages — made its debut in 1975. Several products contained egg whites, but due to the rising interest in plant-based food, MorningStar Farms announced last March that it would transition from vegetarian to vegan.

The Kellogg-owned brand is currently in the process of phasing in new vegan versions of its 49 retail products and 26 foodservice options. MorningStar aims to be a fully vegan brand by 2021. The switch will eliminate 300 million eggs from its annual production and result in a significant reduction in land and water use, according to the company. 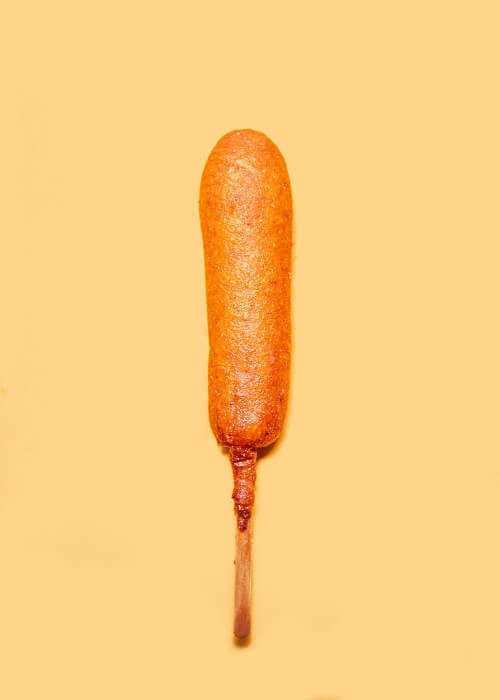 The transition began with three of MorningStar’s vegetarian chicken products last July. The Buffalo Wings, Buffalo Chik Patties, and Chik’N Nuggets are now all egg-free. Mel Cash, head of global marketing for Kellogg’s plant-based protein division, said last March that maintaining the flavor is the main obstacle. Egg whites are used as a binder in its vegetarian meat products, preventing it veggie burgers from falling apart. The company is currently exploring its options.

“With every product, we’ll assess whether we can deliver on the taste and texture. If we feel like we can’t get there with renovation, it could look more like innovation,” Cash said.

But the brand is determined to remain a “staple” of meat-free freezers. In May 2018, it launched two new vegan burgers.

The goal is to give consumers what they want, as an increasing number of people opt for vegan meals. In recent years, more Americans have said they are adopting flexitarian eating habits for their health. “It’s less about having a competitive advantage and more about being able to satisfy as many people as possible who want to eat plant-based,” explained Cash.

MorningStar said that it plans to transition its beefy crumbles, breakfast patties and sausages, and veggie burgers next. MorningStar Farms is available nationwide.